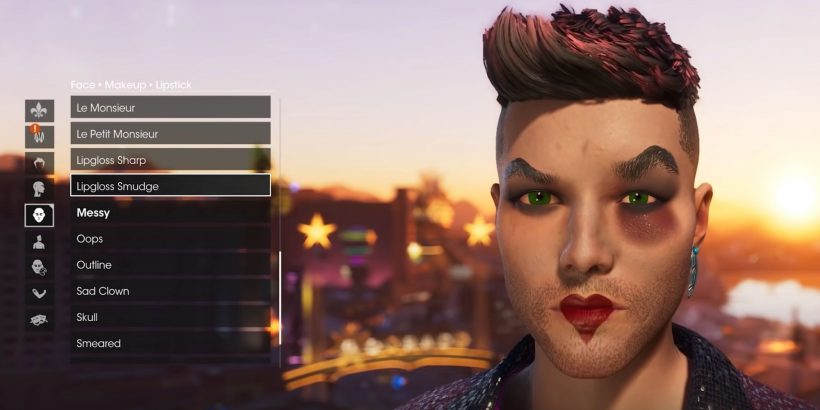 Saints Row just got a new trailer about its most anticipated feature: customization. As we've come to expect from the series, basically everything will be customizable in the upcoming soft reboot. From our gang's base to their fashion sense, we'll have a say in how everything looks. But what's really stolen the show is the character creator, which is set to be the most expansive yet.

The new trailer goes over all the customization options, showing off the new features that are coming to the character creator. One of the many new features will allow players to change each half of their boss separately. Asymmetrical customization lets you shove more blemishes and features on your face than ever before, making every boss feel unique.

Showing off the new asymmetrical customization feature, we see a boss with half of their face beaten up. The other half keeps its perfectly applied, non-smudged makeup. Everything from the lips, bruises, and eyebrows look different on one side of the face, with the menus allowing you to change pretty much every aspect of the face

Our characters won't even need to be human from the looks of it. The new footage gives us a peek at the different skin colours and textures we can choose from, and how they can be used to make our boss look like a vampire, an animal, and more. Like in previous games, they also big up how you'll be able to run around in a fursuit.

Outside of the main character, we'll also get to customize everything around us. Another new feature allows us to change the appearance of our weaponry, regardless of how they work. In the trailer, we see an RPG fire from a guitar case, and an umbrella converted into a submachine gun.

The reception to this trailer has been more positive than the initial reveal. Many still aren't sold on the game's premise, hence the large number of dislikes, but the likes are at least winning this time. The comments are also much more positive, with fans happy to see the developers hone in on this aspect of the series.