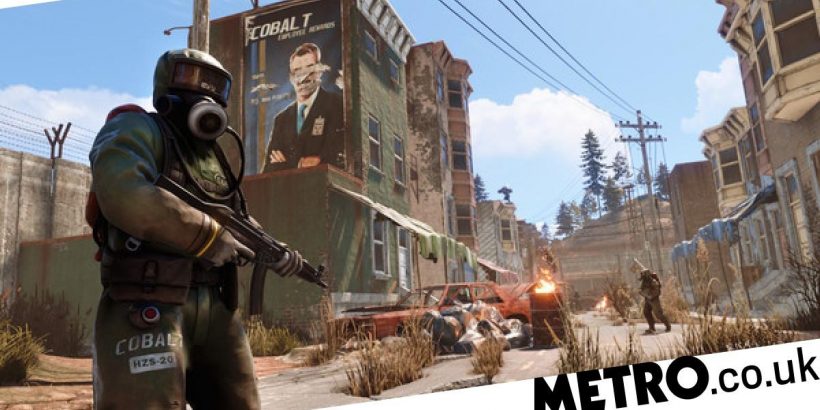 Though there is still no confirmed release date, a ESRB listing for Rust suggests that the game is coming to PS4 and Xbox One this year.

Back in 2019, it was announced that multiplayer survival PC game Rust (think of it as a cross between Minecraft and DayZ) would be releasing on consoles at some point in 2020.

However, the year came and went without any sign of it and Studio Double Eleven, which is working alongside the original Rust developer Facepunch Studios, has offered no update.

While this silence may be alarming for some, it looks as if development has still been progressing, as the console version of Rust is now listed on the ESRB website – the American age rating agency.

It doesn’t mention a release date, of course, but it does reiterate that the port is slated to arrive on PlayStation 4 and Xbox One and not the newer consoles, the PlayStation 5 and Xbox Series X/S.

This doesn’t necessarily rule out Rust being ported to those consoles as well, but it does suggest that Double Eleven hasn’t decided to shift its focus mid-development for the sake of getting the game on new hardware ASAP.

In early December, the studio provided a brief update on its official website, where it stated that Rust on consoles would have to come a little later than planned.

It also admitted that it had been quiet all year because it didn’t feel like it had anything meaningful to show.

‘As much as engaging with players is extremely important, we believe it also has to be meaningful and as we’ve been working away behind the scenes, we haven’t felt ready to share anything with you yet.

‘We’re sorry that we haven’t been able to bring you Rust on console in 2020 as planned. We know from all of the messages that you’re excited to play it and we hope that with the dawn of 2021 we can restore your trust as we edge closer to being able to share something with you.’

Despite releasing on PC in 2018, Rust has recently been enjoying a boon of new players, not too dissimilar to what Among Us experienced last year after it became popular with a number of prominent streamers.

According to Steam Charts, the player count has been on the rise since October. Over the last 30 days, it had roughly 83,429 players, an all-time high for the game.

It even set a new all-time peak record on January 9, with 243,988 players playing at once.

Rust is currently available on PC.