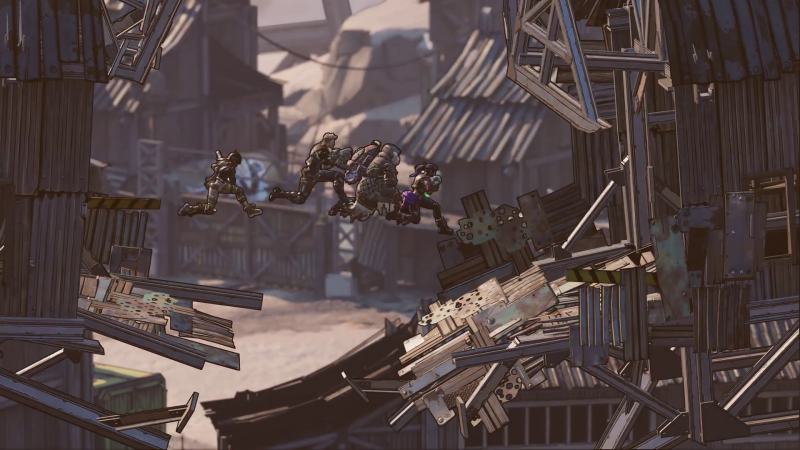 A tweet today that seemingly released far earlier than it should have indicates that Borderlands 3, the upcoming anticipated third game in the Gearbox shooter franchise, will be releasing in less than six months. In addition, the leaked trailer seems to confirm that Borderlands 3 on PC will be exclusive to the Epic Games Store.

The official Borderlands account made the tweet today, which you can find via web archive here, stating that “Mayhem is Coming September 13.” It’s then followed by a call to pre-order for the gold weapons pack and a small clip from last week’s reveal trailer. In the corner of the trailer clip, it showed the logos for Gearbox Software, Take-Two Interactive, and Epic Games Store.

The September release date makes sense, especially with Take-Two seemingly pulling a Borderlands 3 reveal from E3 last year. That means that Gearbox and Take-Two get to have a more compact and filled marketing cycle for the game to prepare news every few weeks until the game’s launch.

Gearbox Software’s head Randy Pitchford has long been known for his dislike of Valve and Steam, as the two companies have found themselves at odds a number of times, so his desire to switch to the Epic Games Store comes as no surprise. What is surprising is that Take-Two is willing to go along with it. If Borderlands is a success on Epic Game Store, what might that mean for a hypothetical Grand Theft Auto VI on PC?

More information on Borderlands 3 has been promised for this week, though it will probably come in the form of this very early tweet. Technically, not even platforms for the game have been confirmed, but I imagine we won’t be waiting too long to find out where it will land if pre-orders are coming soon.