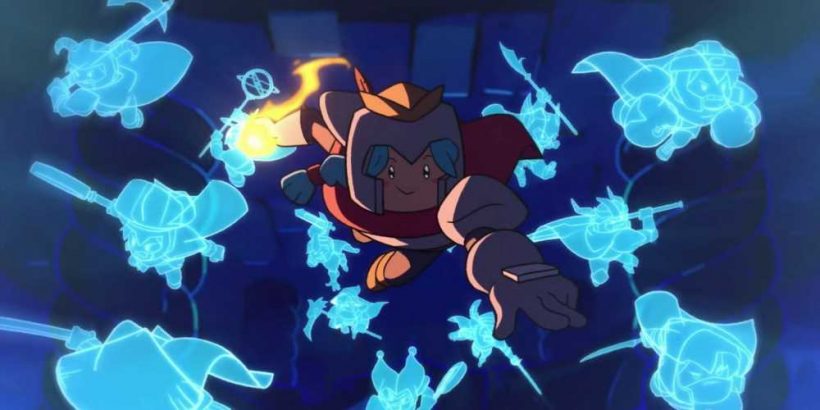 It's been a long road for Cellar Door Games, the Toronto-based studio of two brothers, Kenny and Teddy Lee. After striking it big with the first Rogue Legacy back in 2013, which SteamSpy estimates sold between one and two million copies on Steam alone, Cellar Door Games announced Rogue Legacy 2's early access run would start in August of 2020. And as many developers found out, the middle of a global pandemic offered its own unique challenges when it came to developing a brand-new game.

But 20 months later, we're mere weeks away from Rogue Legacy 2's arrival with a suite of improvements over its predecessor. For starters, the greatly expanded Manor will allow even greater customizability for each of your runs, and a new art makes each Rogue Legacy character really pop on-screen.

Along with new weapons and a vastly improved trait system, Rogue Legacy 2 adds 15 all-new classes to the game. Examples include the Ranger, which specializes in ranged combat with bow and arrow, the Dragon Lancer, which wields a long spear, and the Bard, which sings and dances its way through dungeons, leaving either dead or deafened monsters in their wake.

Another new addition is the Relics and Resolve system that provide special modifiers and grant new abilities for each Relic you obtain, but weakens a player's Resolve. Relics are lost on death, and when combined with the more impactful trait system, Cellar Door hopes players will value each of their heroes' lives a little more than in the original game.

Accessibility is yet another area where Rogue Legacy 2 improves upon its predecessor, with new settings that toggle contact damage, expand your character's health bar, or even give your character the ability to fly to bypass difficult platforming sections.

With the greatly expanded lore, Rogue Legacy 2 will require multiple playthroughs to reveal the full story of a once-thriving kingdom that suffered a terrible collapse.

Rogue Legacy 2 arrives on April 28 on PC and Xbox consoles. And if you can’t wait that long, you can pick up the first Rogue Legacy game for free on the Epic Games Store starting today.