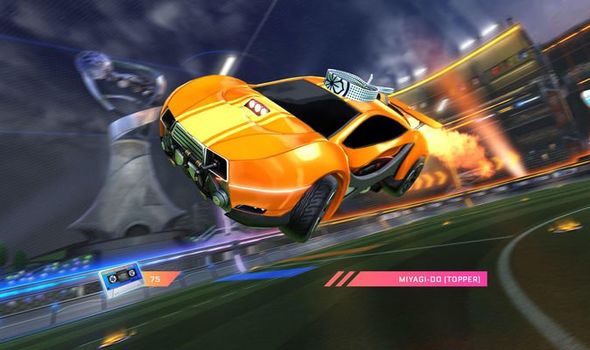 Today’s Rocket League update is going live on PS4 and Xbox One right now, and should be available to download for everyone very soon.

Due to the launch of the new patch, Rocket League servers have seen disruption which make it diffcult to join live games for a while.

The good news is that the patching process is ongoing and should be completed by 7pm in the UK.

As mentioned by Psyonix today, this new update lays the groundwork for Rocket League’s next in-game event, which has now been revealed as Radical Summer.

The dev team says that it will be the biggest ’80s-themed summer bash Rocket League has ever thrown and will be going live later this month.

The event will run for nine weeks and will include famous franchises, like Ghostbusters, The Goonies and Karate Kid.

“This extremely choice event is split into three celebrations of the 1980s: Blockbusters, Culture, and Television,” a message from Psyonix explains.

“Radical Summer’s Event Store will change for each phase of Radical Summer, bringing in new items for your Battle-Car.

“And don’t worry, at the end of the event, we’ll give you a week to redeem Cassettes for any items you may have missed.”

One of the big highlights will be the new Ghost Hunt Mode, which will be featured in the Blockbusters phase of Radical Summer and is a 3v3 mode where each team uses their proton stream power-ups to try to trap the ghostly ball in your opponents’ Containment Zone.

For news on today’s changes, you can find the Rocket League update notes below: