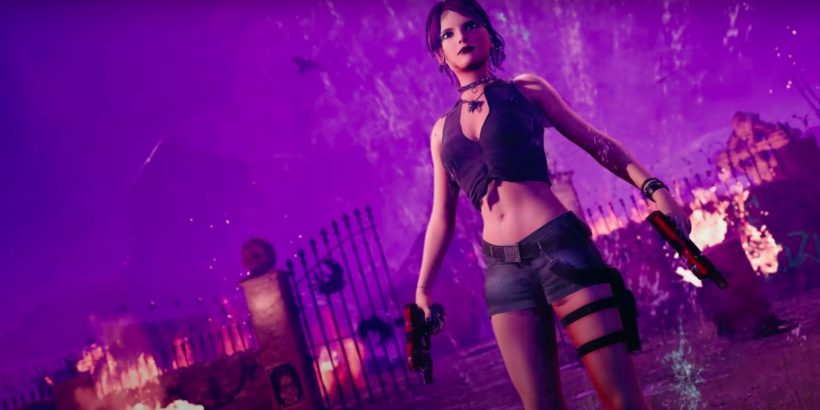 In a world-first for the music industry, rock band The Dead Daisies has teamed up with London-based agency Creative Works to create its very own free-to-play FPS mobile game, Daisys Revenge.

The band has created its own eponymous animated heroine, Daisy, whose narrative fans have already been introduced to when she appeared in the band’s music video for their single Bustle and Flow. Now, her story continues in Daisys Revenge, a “rock-fuelled rapid-fire retro mobile game” that is based on the popular Duck Hunt console game from the ’80s.

“The Dead Daisies are known for creating unique and engaging fan experiences” said the band’s manager, David Edwards. “We like to innovate and connect with rock music fans on every level – we already have live podcasts, and a show on Monsters of Rock radio and now with the game and [new music video] we can further extend the music’s reach while keeping fans guessing what Daisy will do next.”

The new music vid Edwards talks about refers to the accompanying video for the band’s brand-new single, Like No Other, which has just been released. Daisy also stars in that, with the story continuing on from both the Bustle and Flow video and the game, Daisys Revenge.

The same storyline is also apparently set to feature in future Dead Daisies live shows, which are planned to kick off on June 23 in the US. More dates will be announced in the coming months as live music concerts slowly start to return globally. The Dead Daisies intend to ensure their music remains as accessible as possible, though, and that means both live and digital events.

If that weren’t enough, Daisys Revenge is apparently only the first of a series of similar projects they plan on creating which unite the music domain with other entertainment forms. For one thing, talks around Daisyland the TV series are already underway.

You can grab Daisys Revenge for free now on the App Store and Google Play Store.