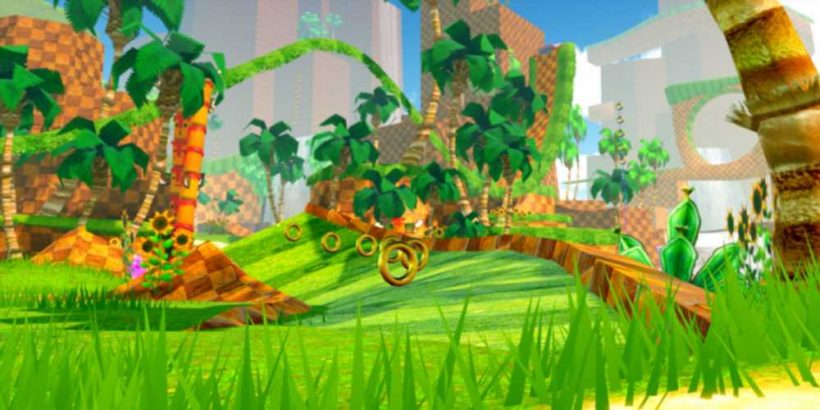 Sonic the Hedgehog is pretty happy to show up in anything that isn't one of his own games at the moment. Ever since the release of Sonic Forces in 2017 – the last mainline Sonic game if you exclude Sonic Colors Ultimate – the blue blur has featured in two quite popular movies and has crossed over with loads of different franchises including Super Monkey Ball, Monster Hunter, and even Two Point Hospital. However, one place you probably didn't expect him to show up is Roblox.

It was revealed yesterday (thanks Polygon) that Sega of America and Roblox developer Gamefam have teamed up to create an official Sonic the Hedgehog game entirely within the Roblox platform. Sonic Speed Simulator is an entirely open-world Sonic game that tasks players with leveling up their speed by running and collecting objects like rings and chaos. Players can use their custom Roblox skins or can unlock 3D models of various Sonic characters. The game is currently free to download via the Roblox app for mobile, PC, and Xbox One.

Gamefam CEO Joe Ferencz recently spoke in an interview with Polygon regarding the challenges surrounding the project, explaining that the developers needed Sega's "expert Sonic guidance" on getting it to actually feel like a Sonic game. With Sonic Speed Simulator, Ferencz hopes that he can draw in Sonic fans to try the game out "even if they've never tried Roblox."

Thankfully, we have an actual mainline Sonic game to look forward to this year, as Sonic Frontiers was announced at The Game Awards in 2021. We don't know a specific release date, but it was announced to release at some point in late 2022. A listing uncovered in the PlayStation Database last December suggested that the game could possibly launch on November 15 this year, although it is possible that this date is just a placeholder. It likely won't be long until Sega delivers an official release date.