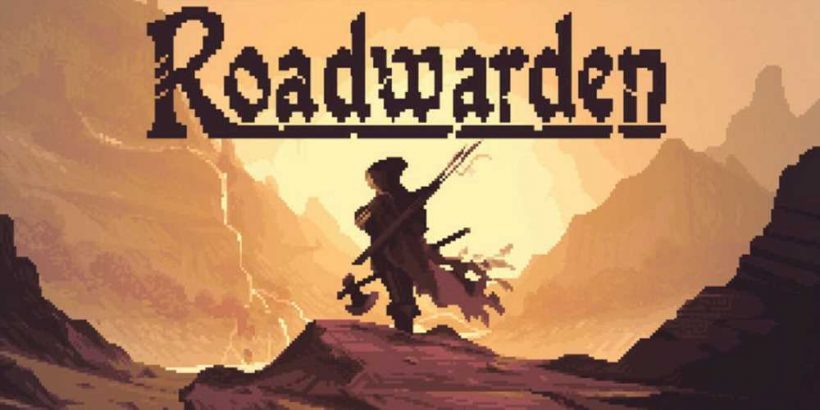 A picture paints a thousand words, so an animated gif must paint at least 10,000. A feature film must be in the millions and a 60+ hour triple-A RPG must paint billions, if not trillions of words. But sometimes, I'd prefer the words. That's not to say Roadwarden's pixel-art maps aren't worthy of writing about, it's just that they're overshadowed by the beautiful storytelling that accompanies them.

Roadwarden’s art is lovely, but it’s there for functional reasons rather than aesthetic. It’s a map of the local area, the peninsular your titular Roadwarden is tasked with navigating, slowly revealing itself as you explore further. It’s instantly noticeable that the art takes up around a third of the screen, whereas the text takes up about half. Your options and statistics are in the final portion, which is where the RPG elements come in – managing your vitality, nourishment, and hygiene is important to survive the wilds and make a good impression on local villagers – but it’s clear the text is the most important part of Roadwarden.

The words themselves are expertly crafted, too. All games writers are magicians in my book, but Roadwarden’s writers and the head of the Magic Circle, experts crafting a build-your-own adventure that reads more like a great fantasy novel than a video game. The vivid descriptions of people, places, and things evoke a deep sense of history and personality – details like how a soldier cares for their jerkin tell you more about a character than triple-A graphics ever could, and the aura emanating from a particularly supple tree root signifies its importance, the sentences sinking into reverence as they describe the towering tree. 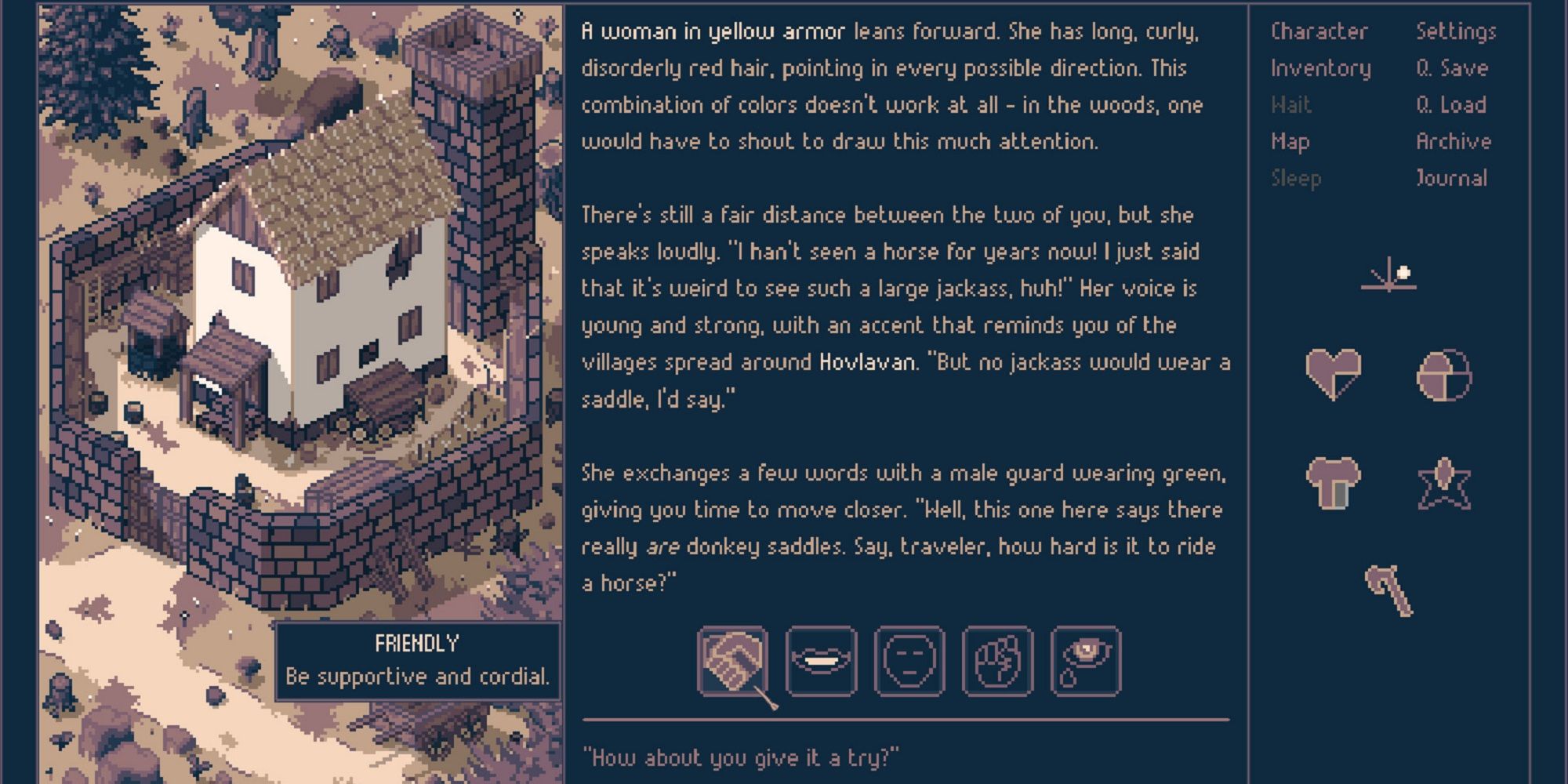 Nothing is overexplained, though, Roadwarden is awash with a sense of mystery and suspicion. One time I snuck past a bald wolf in the deep forest rather than charging at it head on to save the poor soul whose leg was trapped between its ravenous teeth. Only later did someone tell me the beast’s true nature, and I was doubly glad of my stealthy approach. However, there were plenty of mysteries, side quests, and narrative threads that were left open when my time was up. You quickly admit defeat, realising that you can’t and won’t find out everything in the in-game month you have to explore this mysterious peninsular. You’ll get to know many people, learn many secrets, and figure out many truths, but just as many questions will be left unanswered.

These narrative threads don’t necessarily relate to one another, but all weave together a vast tapestry of a fantasy world that feels real. The characters feel like they actually live there, your actions feel like they actually affect them, and the stories feel impactful in a lowkey way. You get some medicine for someone’s daughter, pick some berries in exchange for a hot meal. You’re not here to save the world, you’re here to charter, to report back to the city, and, if you want, to help. 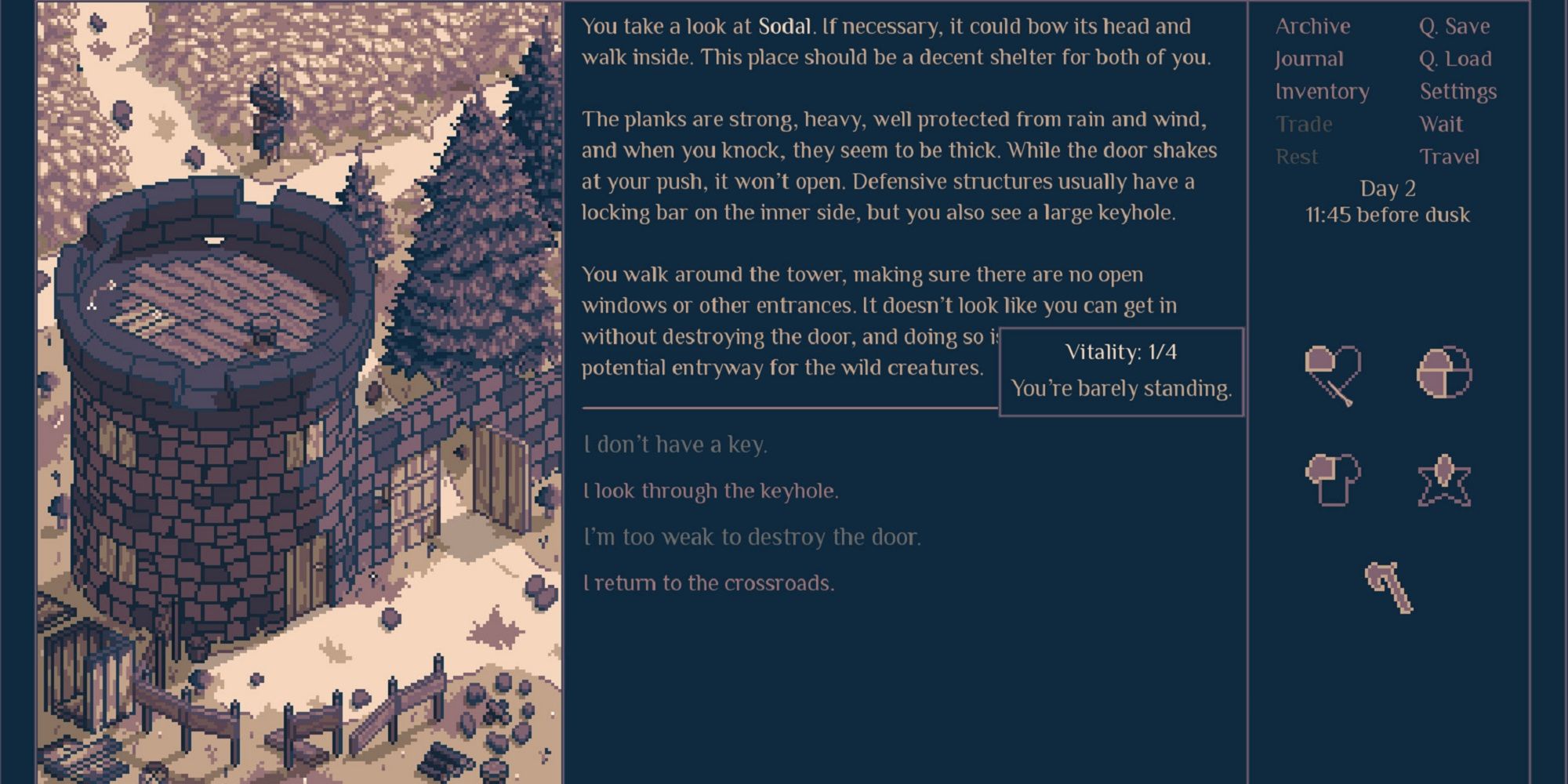 Roadwarden evokes the greats of narrative RPGs, Disco Elysium and Citizen Sleeper, albeit in style rather than substance. However, as with both of the above, capitalism is a constant and overbearing presence, but it almost feels more subtle. Your job is to survey the peninsular so that the city guild can expand its presence there – you’re an agent of expansion, an invader in the wilds. Unless you play into this role and double down on kicking these peoples into the dirt, every village you discover and person you aid is tinged with guilt. No matter your own intentions, which can range from trying to protect a family member, to wanting to escape your past, the guild is using you to sink its claws into the peninsular and expand its oppressive regime.

I’ve never been happier to see a resurgence of text-heavy narrative RPGs, and Roadwarden is up there with the best of them. While Disco Elysium has its unique painterly aesthetic inspired by the art of Craig Mullins, Citizen Sleeper has the beautiful character designs by Guillaume Singelin, and Roadwarden has its supplementary pixel maps, but these games are all about the stories they tell with their words. Whether paragraphs of vivid descriptions, alcohol-induced introspection, or conversations with strangers about the deepest facets of humanity, this wave of words proves that you don’t need triple-A hyperrealism to tell a beautiful story. 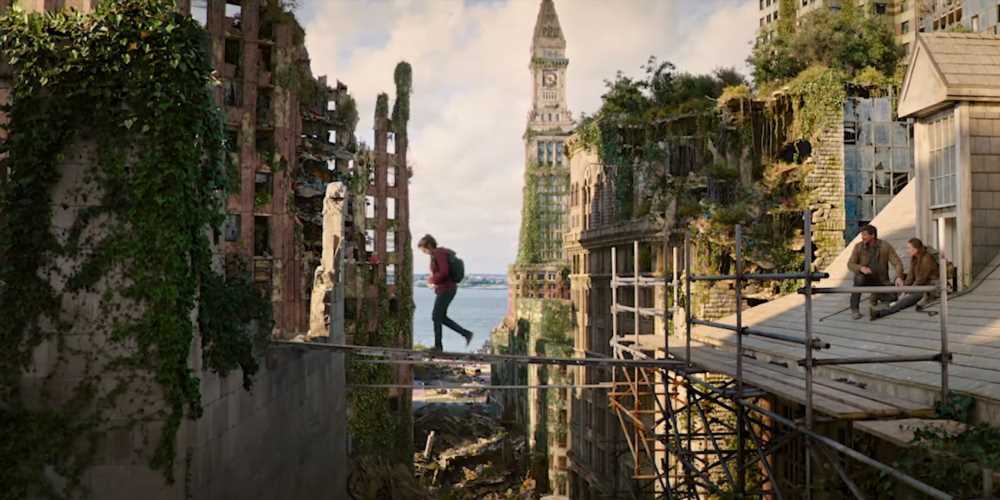