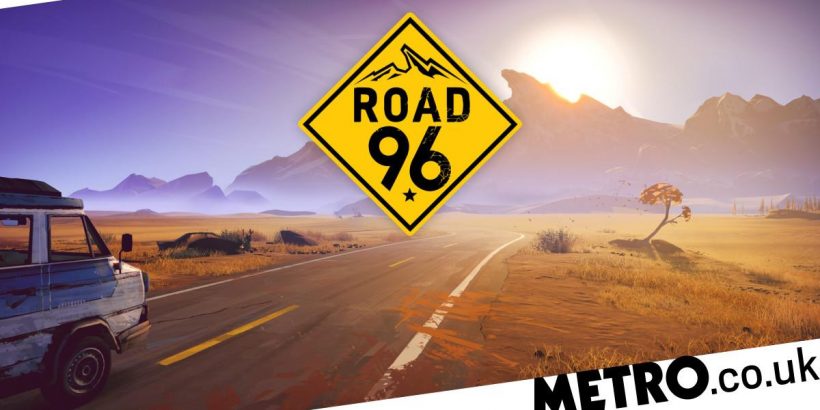 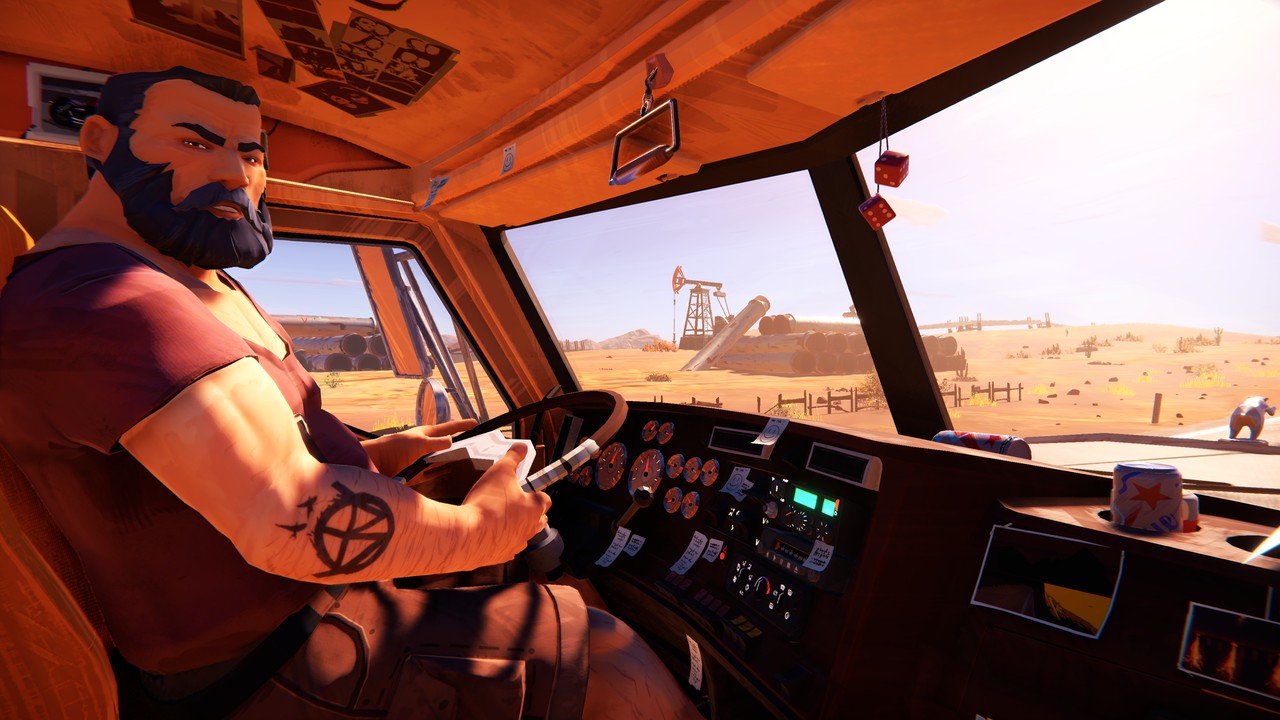 A procedurally generated road movie is promised by this ambitious new indie game, where every journey is different.

With current circumstances pretty much confining the nation’s holiday aspirations to staycations, the idea of hitting the road at random and seeing what adventures transpire feels like a distant dream. In that respect, Road 96’s arrival is very timely: it’s a clever indie game that lets you construct your own road movie, using procedural generation to ensure that everyone who plays it will have a unique experience.

Road 96 is the latest labour of love from Yoan Fanise, best known for a brace of First World War games in the form of Valiant Hearts and, after he left Ubisoft and set up developer Digixart, 11-11: Memories Retold. Road 96 bears little resemblance to those two games, however, since Falise has cited the oeuvres of Quentin Tarantino and the Coen Brothers as key inspirations.

There’s an apposite element to Road 96, given the rise of populist politicians in so many countries around the world, although the game takes place in a fictional country called Petria. Its landscape is reminiscent of South or Central America but everyone speaks English. As the name suggests, it’s 1996 and the ten-year anniversary of an infamous act looms: a bomb set off in the mountain at Petria’s northern border, apparently by resistance-like ‘terrorists’.

In the intervening decade, Petria’s leader Tyrak has used the incident as a means of strengthening his iron grip on Petria and, as a result, the country’s disaffected youth is on a collective mission to hike to the border (the titular Road 96) and find a way across without being killed or dispatched to indefinite hard labour in the mines.

Structurally, Road 96 is very distinctive. Each playthrough has a timeline of a few months leading up a t10-year remembrance of the bombing and a general election which could finally see the back of Tyrak. In that period, you take on the personae of various random teenagers as they plot their escapes, encountering plenty of adventure along the way.

The procedural generation element of the game dictates the course of each burgeoning road movie (you actually get to guide seven teens during the course of a whole playthrough). So, gameplay-wise, while it has an underlying feeling of occupying point ‘n’ click adventure territory, you encounter a wild variety of different tasks, from puzzle solving to driving to defending yourself with a nailgun or playing football and air hockey,

At certain points you might also find yourself saddled with jobs like pumping gas or serving up cocktails in a bar. Road 96 derives considerable appeal from keeping you guessing about the directions in which its gameplay might unexpectedly lurch.

The wide variety of characters you meet and interact with along the way is also a large part of the appeal. There are a number of pivotal characters – or groups of characters, such as a pair of S&M-suited robbers with a motorbike and sidecar – whose stories unfold over the course of a full playthrough, along with a huge cast of supporting characters. The outcomes of various aspects of the game will be influenced by how you interact with whoever you meet, along with other actions like defacing posters of Tyrak or his unfancied political rival.

Some of the characters are very much rooted in the resistance, while others help prop up Tyrak’s rule, such as a big-hearted cop and Sonya Sanchez, the party-loving mouthpiece for his state television station. This throws up the possibility of playing in two very different ways: as a subversive striving to help the resistance and bring down Tyrak (which feels natural, given the rundown and oppressed state of Petria) or as a reactionary aiming to shop the resistance to the authorities.

As you move towards the border via hitchhiking, riding in buses or taxis or stealing cars, you need to prepare for your bid for freedom once you get there. Acquiring money is very useful, but each teen also has an energy meter – if that runs out, you will pass out and be arrested – which can be replenished by eating, sleeping, and drinking, and some of the means of escaping Petria require an awful lot of energy.

Road 96’s low-poly, cartoonish visuals might be its least impressive aspect, although the geography of Petria itself is beautifully evoked. The game world feels believable and while some of the characters you meet and get to know might seem a bit wacky and over-the-top at first, you soon discover they have more nuance than initial impressions might have suggested.

Tonally, Road 96 is probably more Coen Brothers than Tarantino – there’s the odd outbreak of gratuitous violence, but the overall vibe is best described as bittersweet. You will encounter euphoric moments, such as visiting a Burning Man style festival, or playing trombone with a fellow teen at a trailer park, but there are plenty of sad and distressing encounters along the way, too.

So it’s a game which is by turns silly, fun, entertaining, sad and thought-provoking. Its use of procedural generation means you never know what to expect from each chunk of gameplay (which is split into individual days on the road) and that, in turn, gives it an almost unprecedented amount of replay value. In a second playthrough you will begin to encounter sequences you’ve previously negotiated but even then, you can play those differently and trigger different outcomes.

Road 96 also manages to avoid any temptation towards preachiness, even though its underlying theme is an exploration of life under authoritarian populists and dictators. It’s clever without even a hint of smugness.

Sure, the gameplay you encounter in it is highly variable – sometimes trivial, at other times unexpectedly addictive – but it unfurls in a world which is an absolute joy to navigate, populated by characters you will become invested in and who end up feeling like old friends.

If you’re not too bothered about seeking constant action, but prefer your games to possess a discernible intelligence, overlying a message which is delivered in a subtle yet insistent manner, then you’ll love Road 96. The illusion of generating your own road movie works perfectly, and whether you view it as simple escapism or something deeper it manages to entertain either way.

Cons: The quality of the mini-games can vary significantly. Low tech graphics can be a distraction.