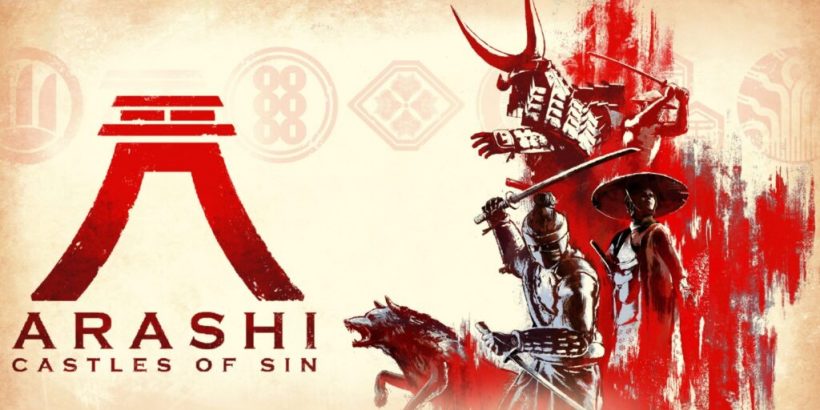 When it comes to action videogames virtual reality (VR) developers have got you covered, there are loads of them. The same can’t be said for more stealth-oriented titles. A couple spring to mind like Espire 1: VR Operative or Phantom: Covert Ops but what if you want to go a little more old-school, hiding in the shadows like a ninja assassin? For that you’ll want Arashi: Castles of Sin by Endeavor One, mixing thrilling storytelling and gameplay into one.

Arashi: Castles of Sin takes you back to feudal Japan, setting the scene where you play a deadly assassin for the House of Arashi. In a wave of violence six bandits known as the Six Oni of Iga have swept across the region killing everyone in their path. So you’re tasked with wiping out these threats, heading to their castles and dethroning these dangerous warlords.

And so starts an adventure in the shadows, utilising era-specific weapons to slice your way through armies or not, Arashi: Castles of Sin is a sneaky videogame after all. Levels are set out as one giant castle to infiltrate, get to the centre and slay the boss. Fairly linear, A to B-style approach with the flexibility to choose your own path – to an extent.

To begin with, you’re given a katana and grappling hook to aid those rooftop excursions with the tools soon stacking up with the addition of a box, shuriken, gas bombs, mines and more. Whilst supplies aren’t bountiful there’s usually enough scattered around each level that you can liberally mix and match, it all depends on how you want to tackle each area as plenty of those items are found next to guards.

Endeavor One has sought to give you as many options as possible when it comes to tackling each of the castle grounds. Obviously, the stealth approach is the best tactic as you can leap across roofs or hide in the long grass to fire a deadly arrow or a well-placed shuriken. Those little pointy stars of death are deadly and have an auto-aim so as long as you throw in the general direction they should hit first time.

However, Arashi: Castles of Sin doesn’t feel that versatile, to begin with, you need to give it time to develop. The first couple of levels don’t have anywhere near the same scope as the later ones do, offering only a basic selection of choices. Once you’re halfway through the gameplay really opens up, where you can select your loadout before each mission and then really get stuck into exploring the verticality of the levels.

You’re not alone either. While you might have thought a shadowy assassin would’ve worked solo you’ve got a companion in the form of a wolf called Haru. It’s clear Endeavor One put a lot of work into your furry buddy, adding charm and warmth into what is mostly a cold, expert killing experience. In the hub temple, Haru will come up for attention and play ball with you, whilst out in the field Haru can cause distractions or be made to attack guards. Unfortunately, there is a downside to Haru. The wolf bounces around the fortified encampments as if was natural for this animal to just be wandering through, with none of the guards batting an eyelid. So that ultimate sense of stealth is washed over because you’re running along in the shadows or up on a roof and there’s your pet wolf laughing at these heavily defended fortresses.

This leads into another area where Arashi: Castles of Sin falters. The enemies aren’t as sharp as those katana’s they’re holding. Two can be stood right next to each other, you’ll kill one and the other won’t flinch as their mate lets out a dying scream. Yet one 200 meters away on a rock will spot you very quickly. They have a specific vision cone so outside of that you’re good. Quickly walking up behind them won’t alert them, only activating run will do that, and for the most part, running isn’t really needed.

What was pleasantly surprising was the good implementation of PlayStation Move. It’s a controller that doesn’t always bode well for smooth locomotion titles, turning and general walking can be finicky. Yet the “Virtual Controller” system generally feels fairly fluid, whether that’s sneaking across a courtyard or climbing a set of vines. So it must be said Arashi: Castles of Sin should be considered an intense experience, even with all the comfort controls supplied.

Also on the plus side, it’s nice just being inside Arashi: Castles of Sin. There’s lots of attention to detail inside your home temple and the enemy castles, being able to plunge an area into darkness with a tap of your sword on a nearby fire. And the story delivery looks beautiful, with hand-painted scenes between levels enriching the videogame as a whole. It would’ve been nice if there was English dubbing as subtitles always distract, but that’s a minor annoyance.

Far more infuriating is the swordplay. There are VR titles that expertly showcase sword fighting in VR, Arashi: Castles of Sin isn’t one of them. The system is very basic so you never feel like your properly duelling, simply boiling down to block, parry to put the opponent off, then hit. You can’t get a hit in any other way. What’s worse is this is how each boss encounter plays out – albeit with a slight attack variance – making them very repetitive.

Arashi: Castles of Sin has some solid ideas and mechanics going for it, from the wealth of tools available to the ability to pick and choose how you attack each castle. Yet the issues do hamstring the experience and stop it from being the great VR ninja game it could have been. You’ll get a good 5+ hours out of Arashi: Castles of Sin, and whilst you can retackle levels however you wish, there’s no incentive to go full stealth or completely on the offensive. Scampering across rooftops flinging shuriken is still fun though.