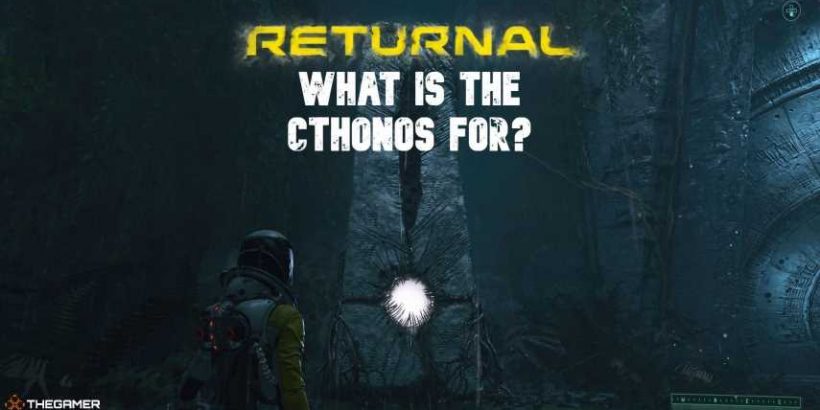 Roguelites like Returnal will only be as difficult as you allow them to be. Increasing the pool of potential items you can equip on any given cycle will give you the best chance of success. Here we take a look at what the Cthonos is and how this fits into your chances of survival. 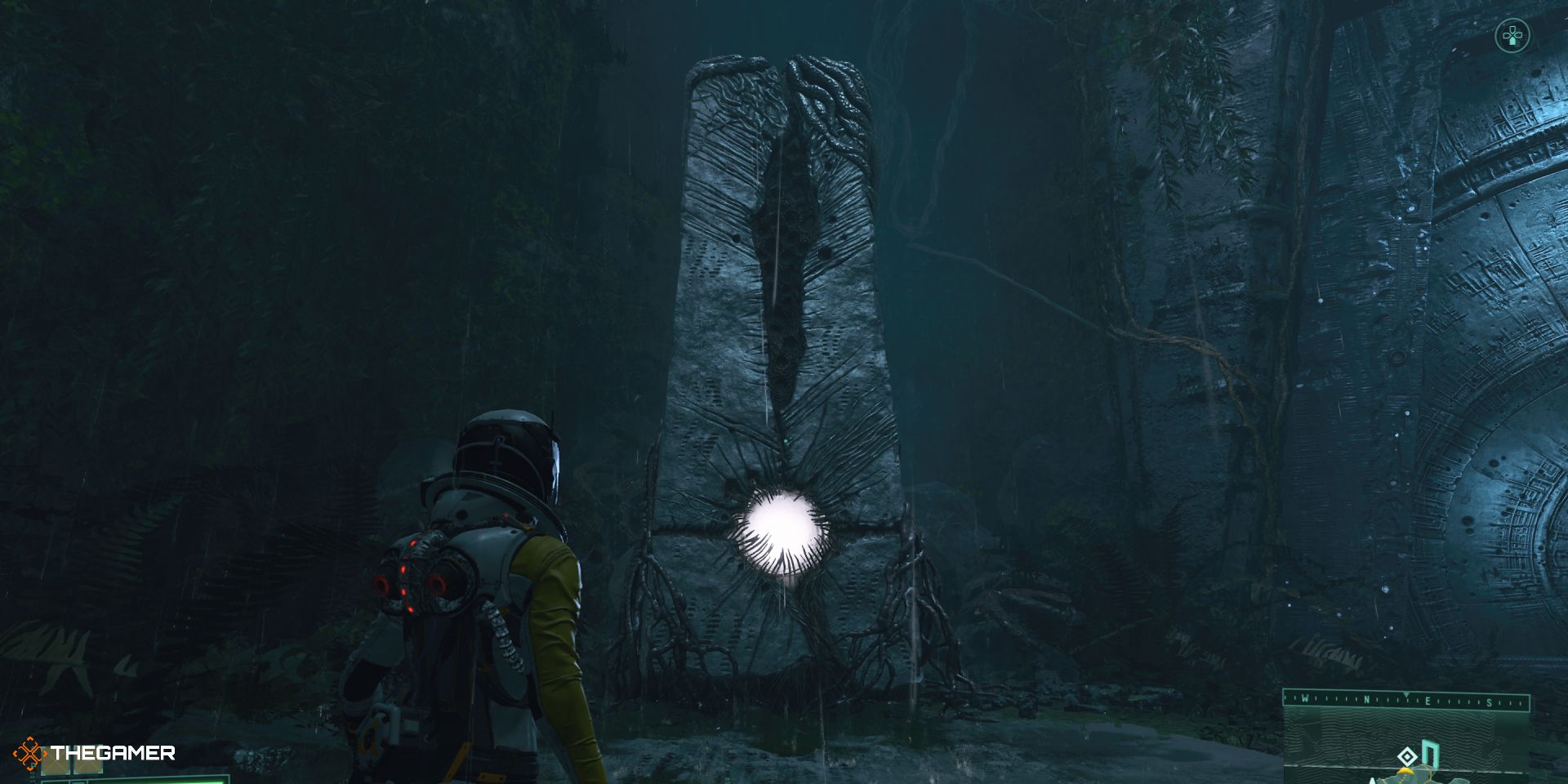 After your first few deaths early on in Returnal, Selene will wake up outside the Helios at the Overgrown Ruins, and you’ll notice a strange obelisk with a white, smoky orb in the center of it.

It will be in the same place on every subsequent cycle after its first appearance outside your crashed ship. This is The Cthonos.

What Does The Cthonos Do? 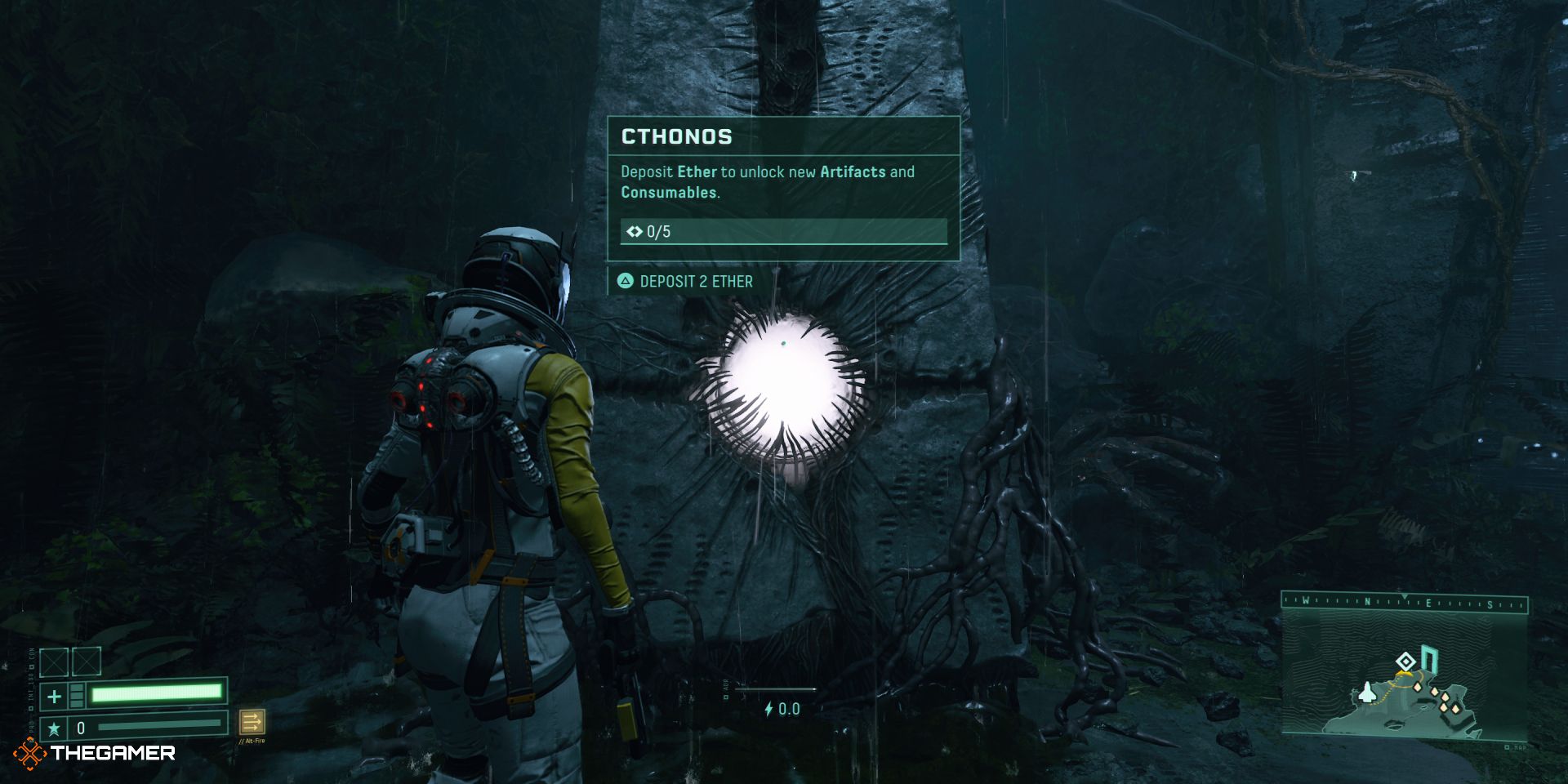 The Cthonos is one of the best sources in the game for increasing your pool of artifacts and consumables. Every time you use it, it creates an artifact or consumable that you haven’t already unlocked, increasing Selene’s loot pool to make cycles a little easier going forward.

The big caveat, however, is that the Cthonos costs Ether to use. Not only that, it increases in cost as the pool of undiscovered items decreases.

This means you have to be very careful about what you decide to spend your Ether on, since it does have a variety of uses, such as cleansing malignant chests so you don’t get suit malfunctions and activating reconstructors. 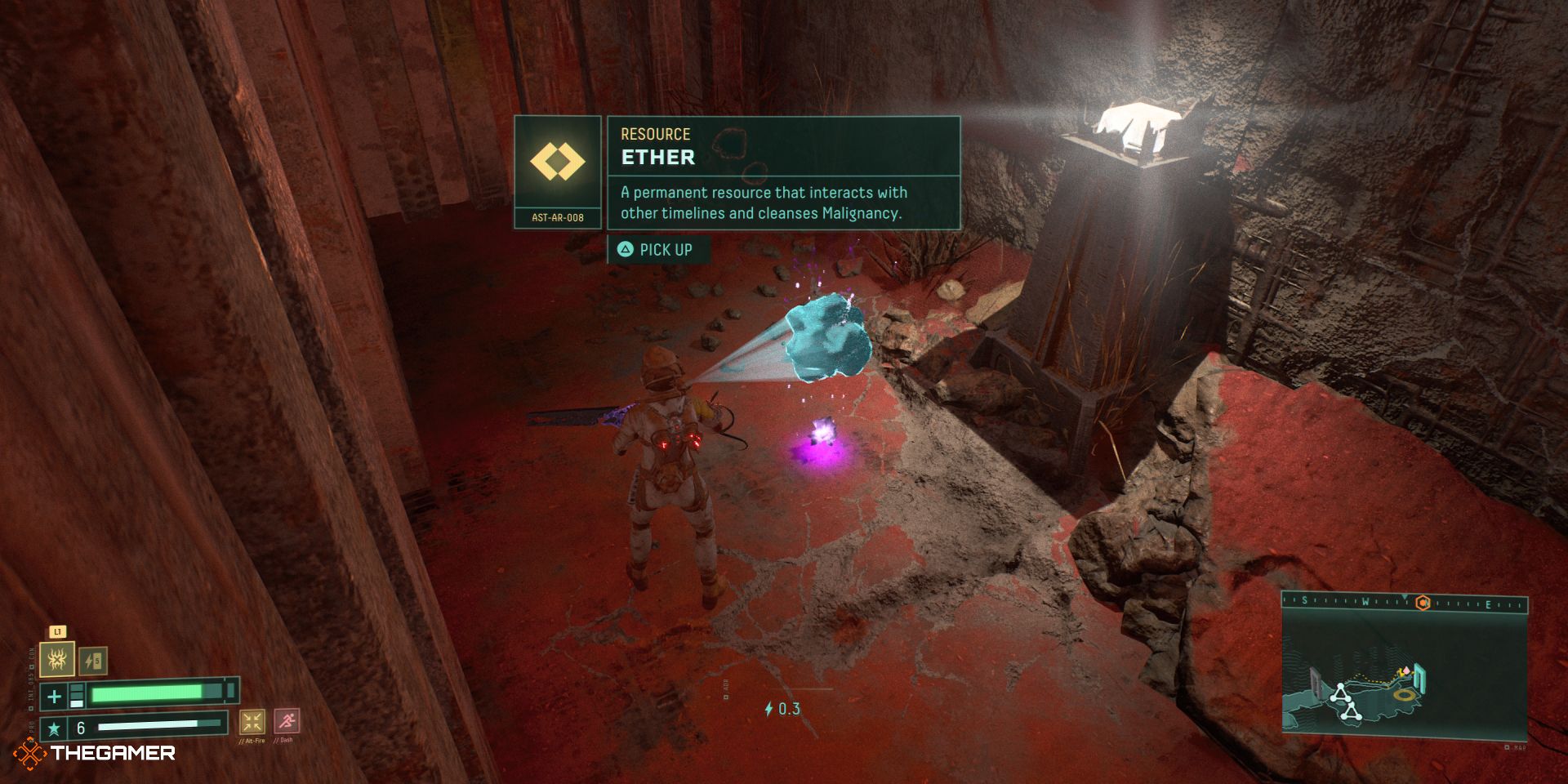 Ether is a currency that can be found throughout any given cycle on Atropos. It’s a permanent item, meaning that it carries over from cycle to cycle when Selene dies.

Some tougher enemies drop Ether, but more often it is found randomly (and rarely) on the ground in each biome. Ether is identified on the ground with the purple light beam with white sparks that emanate from them. 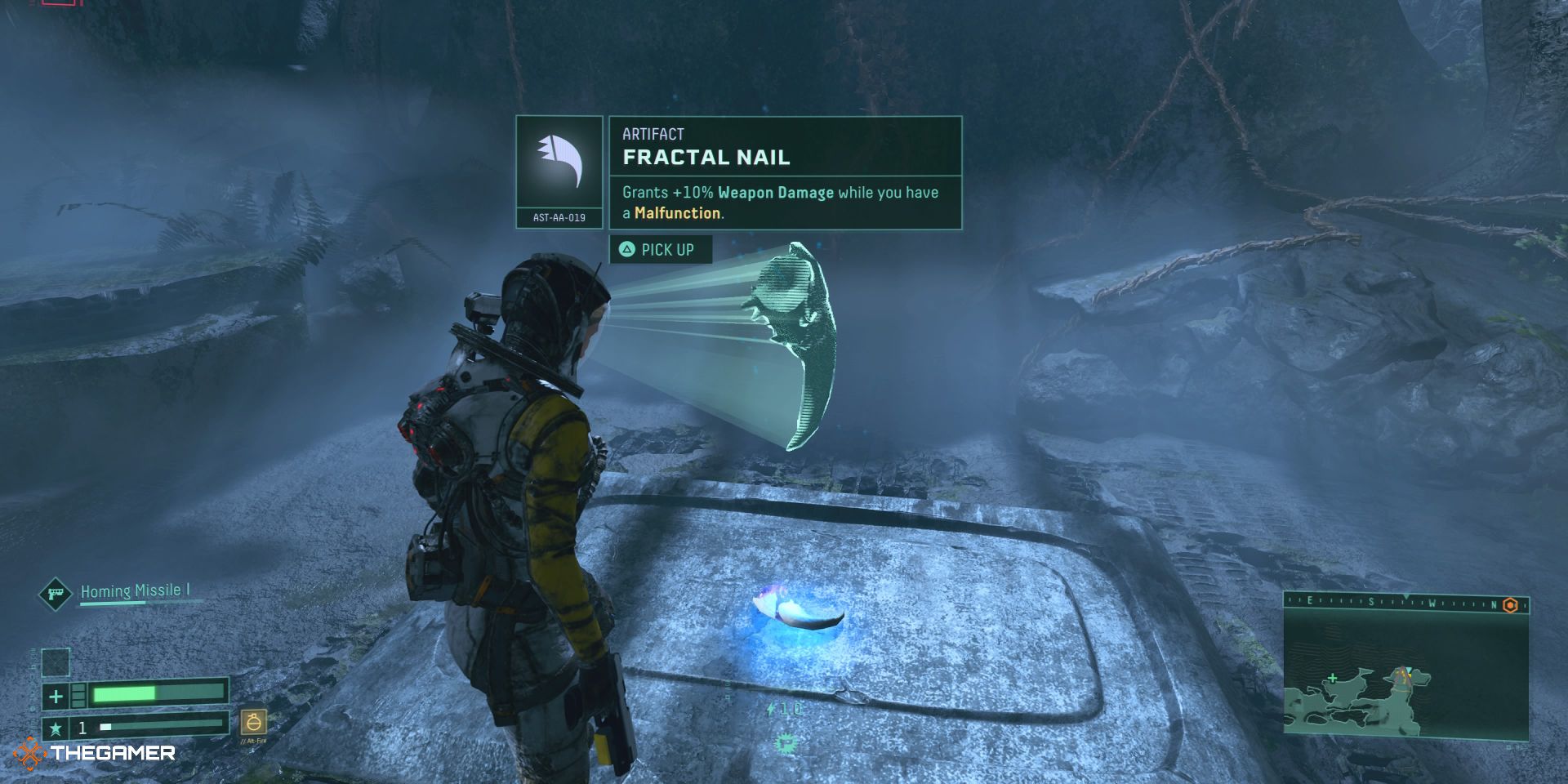 Artifacts are equipment items that when picked up, stay with you for the entirety of the current cycle. These are identified on the ground with a blue light beam.

When Selene has an artifact in her inventory, she gains positive effects that have varying impacts on the gameplay. Sometimes they increase weapon damage, and sometimes the artifact is a one-time 1-Up of sorts (definitely grab this if you see it).

Parasites found in the game have a similar function, but they also come with a negative trait along with it, so they have a risk/reward to them. Artifacts are only the good parts, so grab as many as you can! 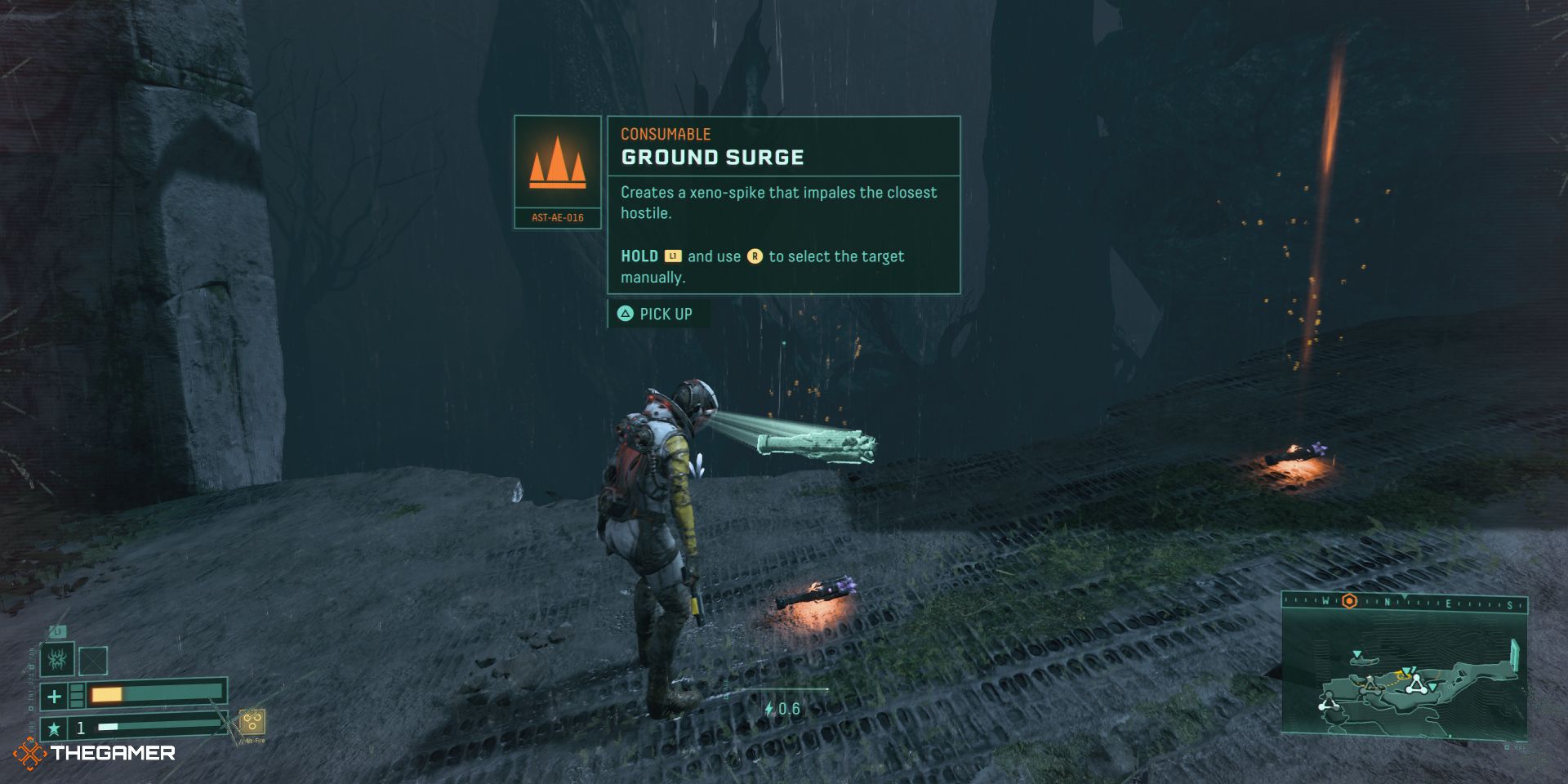 Selene has access to many different consumables on her trek across Atropos. These act as single-use items with various effects such as removing a parasite, or instantly increasing Selene’s Adrenaline level to MAX. They can easily be identified on the ground by the orange light beam above them.

Next: Returnal Is The Best Advert Yet For DualSense 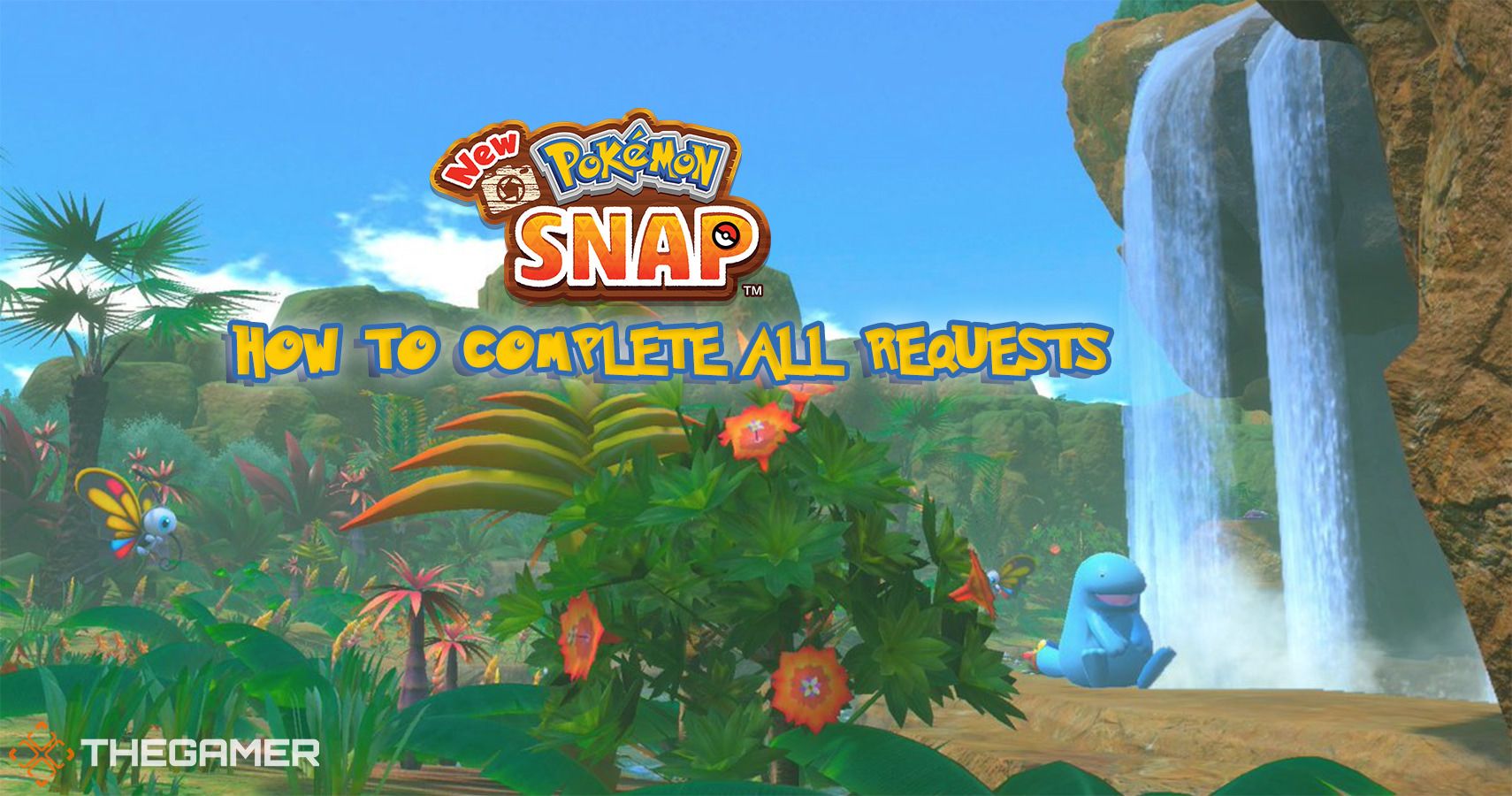 Nowell Montejo loves good games and bad movies. A gaming enthusiast since he was a child, Nowell wants to share his passion with the world. If he can help people like video games the way he does, he considers it a win. His favorite franchise is Metroid, and he feels it deserves more love. Twitter via @TheGrassyNowell