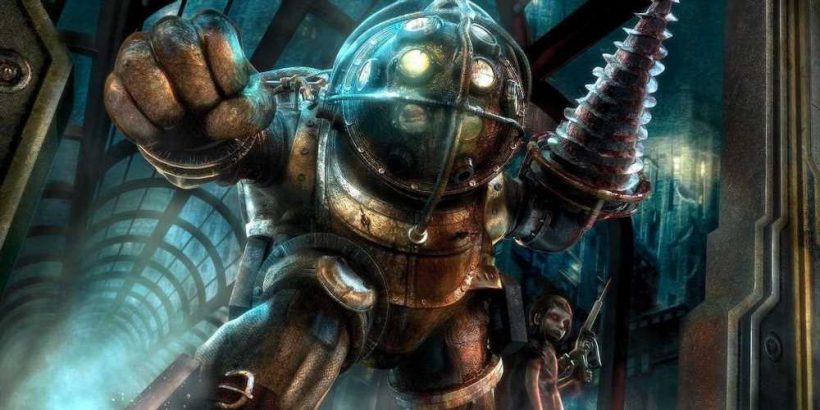 As well as the upcoming System Shock TV series, immersive sim fans can also look forward to the newly announced BioShock movie. It's being made in a partnership between Netflix, 2K, and Take-Two Interactive.

No explicit details were shared in Netflix's tweet, but based on the quote and image used, we can safely assume the film will be a retelling of the first game, set in the dystopian underwater city of Rapture.

The problem with this is, we all know the big twist – and if you don't by now, c'mon, just play the damn game already. There's more to a story than the ending, of course, but the twist really was a mind-blowing moment for gamers of the time. Now, storytelling in video games has gotten a lot better, so hopefully this adaptation delves deeper into some of the political, moral, and ethical issues raised in BioShock, as the game didn't develop these themes as much as it could have.

The picture, prominently featuring the iconic Big Daddy suggests these marvelous beings will also be in the film. The protectors of the Little Sisters are an integral part of the world of Rapture, so not including them would be a huge mistake on Netflix's part. Hopefully, this also means the twisted children will also be a part of the film.

Rapture is a fascinating setting to explore, and a series – reportedly in the works – is probably better suited to this task. That being said, plenty of films provide excellent world-building, so it's not outside the realm of possibility. This could even be the start of a trilogy or series of films. Maybe bread boy will get a cameo?

We've already begun our fancast here at TheGamer. We've got Bradley Cooper as Andrew Ryan, Bryan Cranston as Frank Fontaine, and Ralph Fiennes as Sander Cohen. Above all else, we just want Chris Pratt to stay as far away from this project as humanly possible.