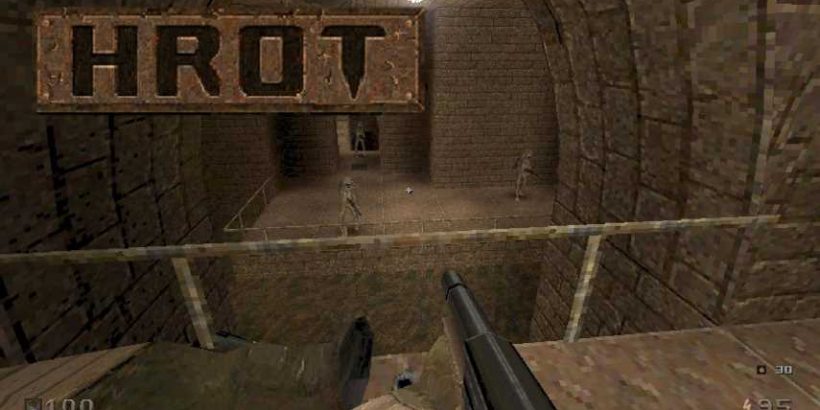 Fans of old-school shooters will be excited to hear that episode one of industrial-themed retro FPS HROT is now available on Steam early access. Containing the first episode of eight levels and around 16 different enemies, this bite-sized chunk of old-school goodness is remarkably polished for something so early in development.

News of this release was revealed last month, but January 2021 has been a pretty wild ride. While I love the game, even I kind of forgot it was coming out. Let this post clue you in to give HROT a look. If you’re not 100% sold yet, a free demo available on Steam will let you try things out before you buy. Really, you shouldn’t have any worries as the single-level demo was pretty incredible.

There’s no word on how many episodes the final version of HROT will contain, but we can wager a guess based on its inspirations. Borrowing heavily from the original Quake, I would anticipate four episodes in total. A lot of retro shooters had between three and four episodes of eight-10 levels, so that seems like a reasonable expectation.

With this first sampler being in such a polished state, I’m also inclined to believe that it won’t take too much longer for the final version. There’s obviously a lot that goes into game development, but I would anticipate a Q4 2021 release for the final episode. If not, then it definitely will be finished by next year. The wait will be difficult, even with the abundance of retro shooters on the indie market.