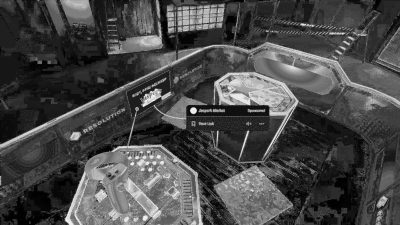 The studio may still consider testing ads in its free fishing game Bait!

Facebook announced the VR advertising test last week with Blaston the only game named as part of the roll-out, though there was mention of “a couple other developers” participating in the coming weeks as well. Blaston faced review bombing on both the Oculus Store and Steam as players critiqued the addition of advertising to a game that didn’t have it at the time of purchase.

Our mission at Resolution Games has always been to work to help the industry as a whole move VR forward for the good of everyone involved. Sometimes that means being the first to test some things to see what works and what doesn’t.

We appreciate all of the feedback and thoughts on the Oculus ad test for Blaston and other games that was announced last week. Some good points have been made, and we realize that Blaston isn’t the best fit for this type of advertising test. Therefore, we no longer plan to implement the test in Blaston. As an alternative, we are looking to see if it is feasible to move this small, temporary test to our free game, Bait! sometime in the future.

We love this domain as much as the most avid players. If ads in VR become inevitable as it has on other platforms, we want to ensure that while we have this chance to start over and do it right, we do just that. We welcome any and all your feedback along the way so we can have a constructive conversation around this and create the best path forward.