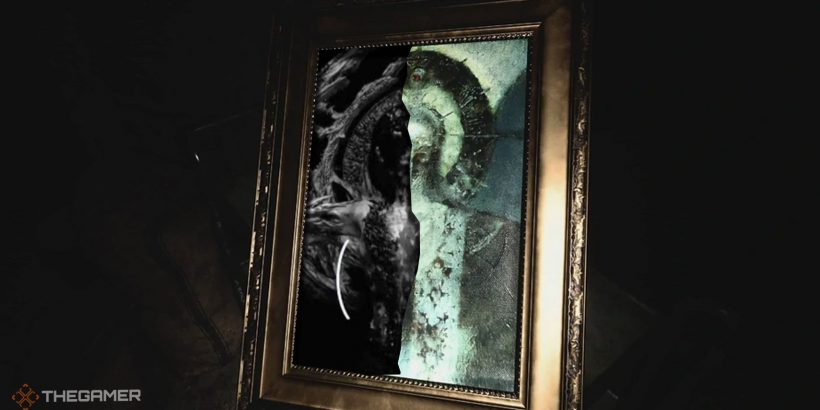 Mother Miranda is the final showdown in Resident Evil Village, acting as the last confrontation between you, the credits, and the end of Ethan Winters’ epic journey.

Despite being the last enemy you will face in Capcom’s survival horror blockbuster, she is arguably one of the easier bosses to take down if you waltz in with another firepower and knowledge of her attack patterns.

We’ve put together a simple guide on how to defeat Mother Miranda in Resident Evil Village with step-by-step instructions alongside the best selection of equipment to do her dirty in a matter of minutes.

How To Beat Mother Miranda In Resident Evil Village 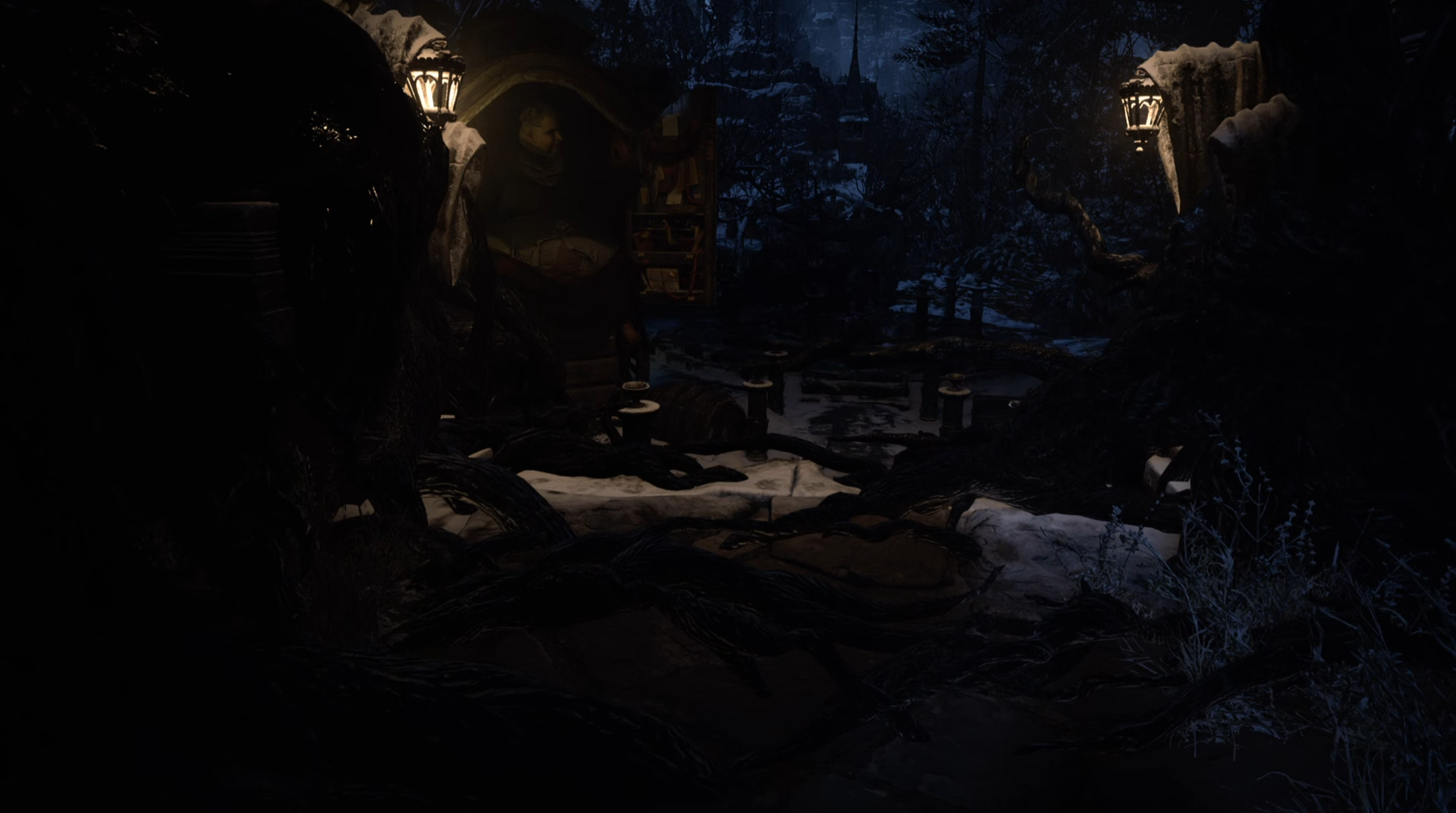 Before the fight begins, you will find yourself back in the ceremonial courtyard where The Duke is waiting to offer you a variety of weapons, ammunition and other items which will be invaluable for the fight ahead. Unless you wish to save up money to be used in New Game+, I would buy as many bullets, pipe bombs, and mines as possible so you don’t run into any trouble once you’re up against Mother Miranda.

Money shouldn’t be an object anymore, so take full advantage of that fact and fill your inventory with everything you can carry. I went in unprepared during my first encounter, having to return to The Duke to ensure I could take down Mother Miranda with items and ammo to spare. After stocking up, leave the courtyard and proceed up the stairs towards the matriarch’s inner sanctum. You’ll encounter a bunch of undead creatures along the way, but with all the extra ammo now at your disposal, just blow them away and keep moving forward.

Now, step inside and get ready for a fight. 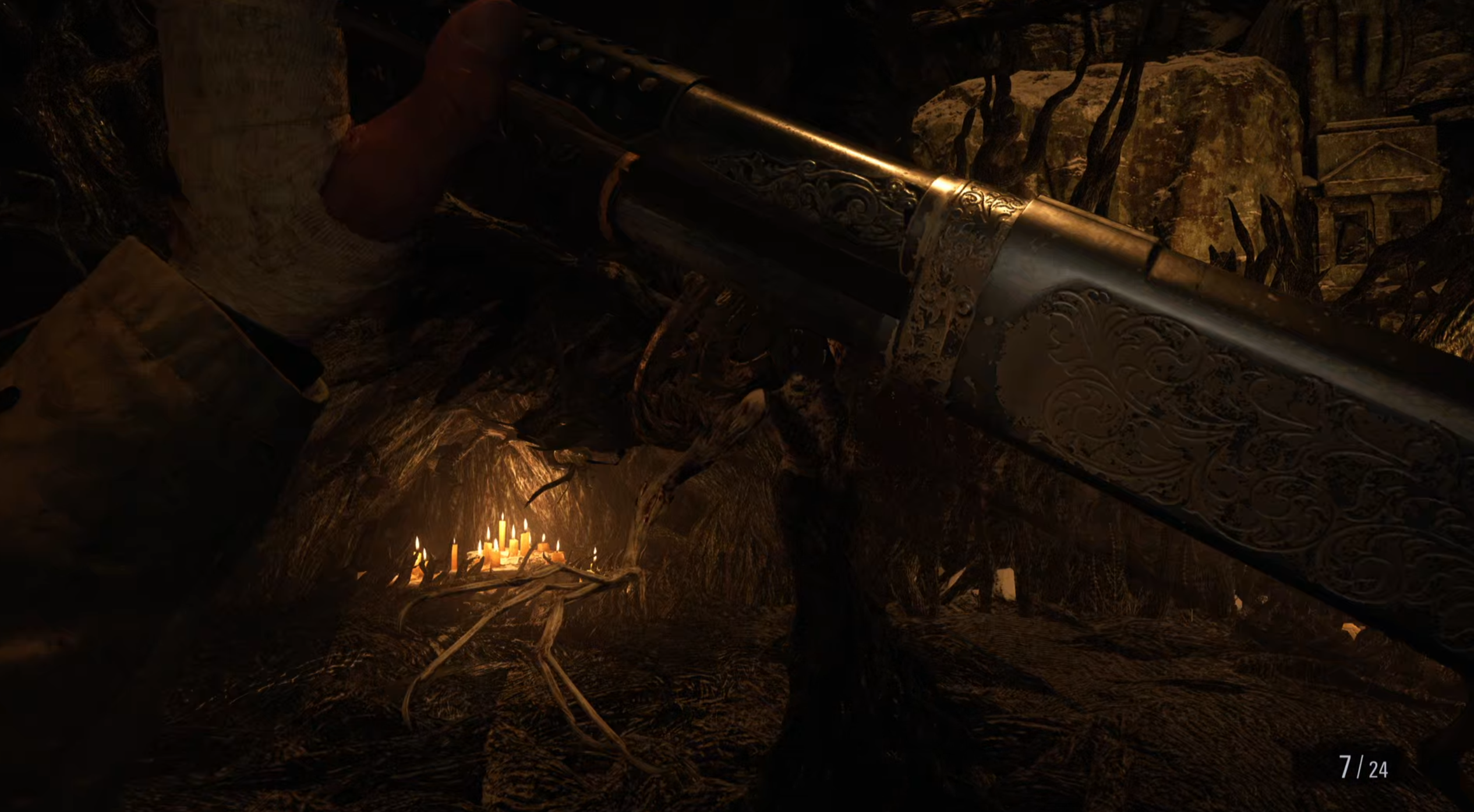 Once the cutscene finishes, the battle begins without delay. Mother Miranda will begin her assault on the ground, gliding towards you with a variety of slashing and slicing attacks. These deal massive damage, and are seemingly capable of insta-killing you if you aren’t careful and turn your back on her.

Don’t be afraid, equip a shotgun and just keep piling into her, ensuring every bullet hits her in the head and/or stomach for maximum efficiency. This phase is rather short, and it’s after where things get tricky. 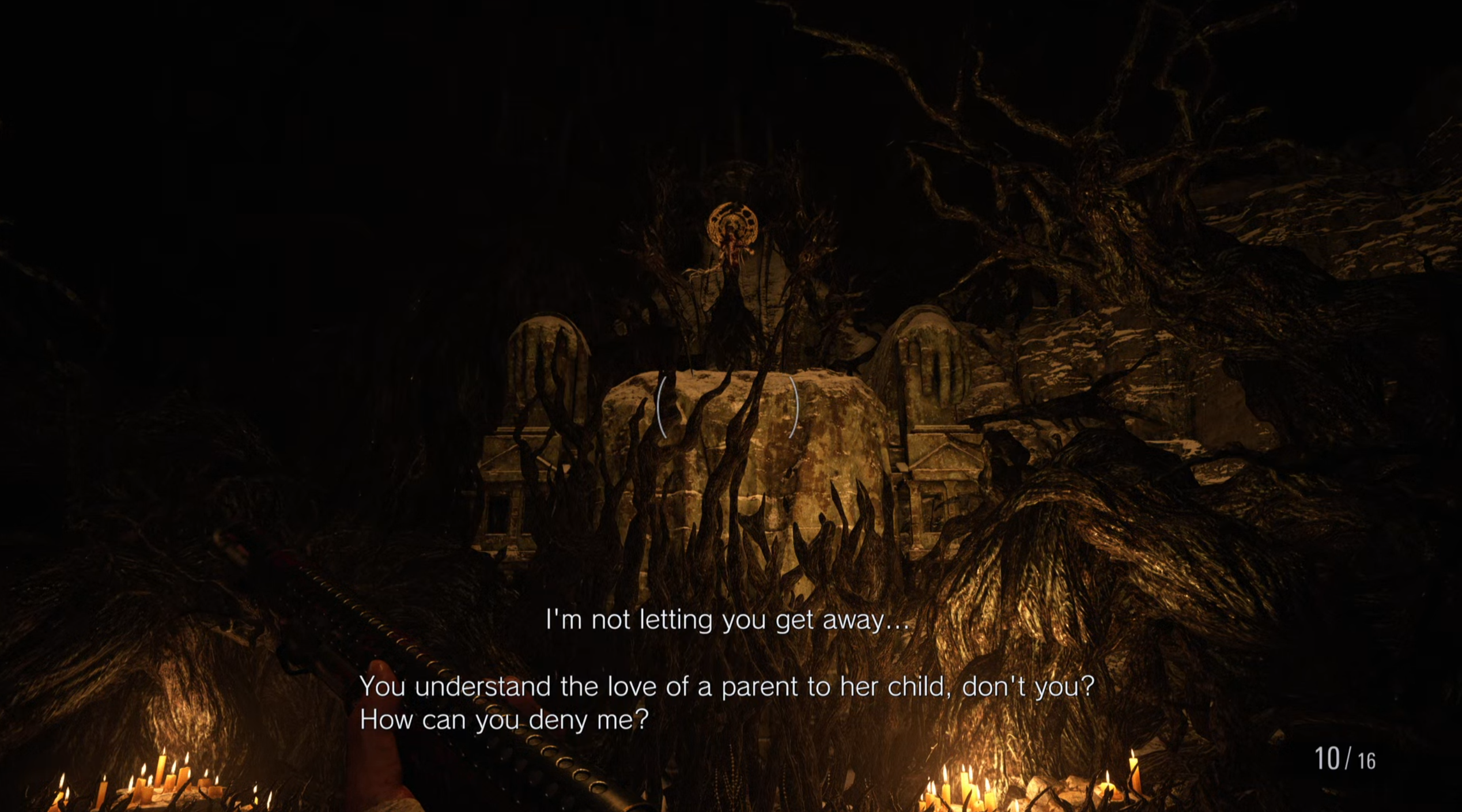 To begin her second phase, Mother Miranda will grow a lovely selection of arachnid legs before leaping onto one of the platforms above you. For this next section, equip a sniper rifle and pop off a couple of shots until she leaps back down, since she won’t stay up there for long. Remember to block as she leaps back onto the ground, since her legs will deal heavy damage. Once safe, fire off a couple more shots until she backs into the corner and transforms once again.

There’s a brief window of time when she steps back where pipe bombs can be thrown to deal massive amounts of damage. Her next phase and subsequent attacks are telegraphed by streams of black liquid falling off her body, so prepare yourself once these signs begin to show. 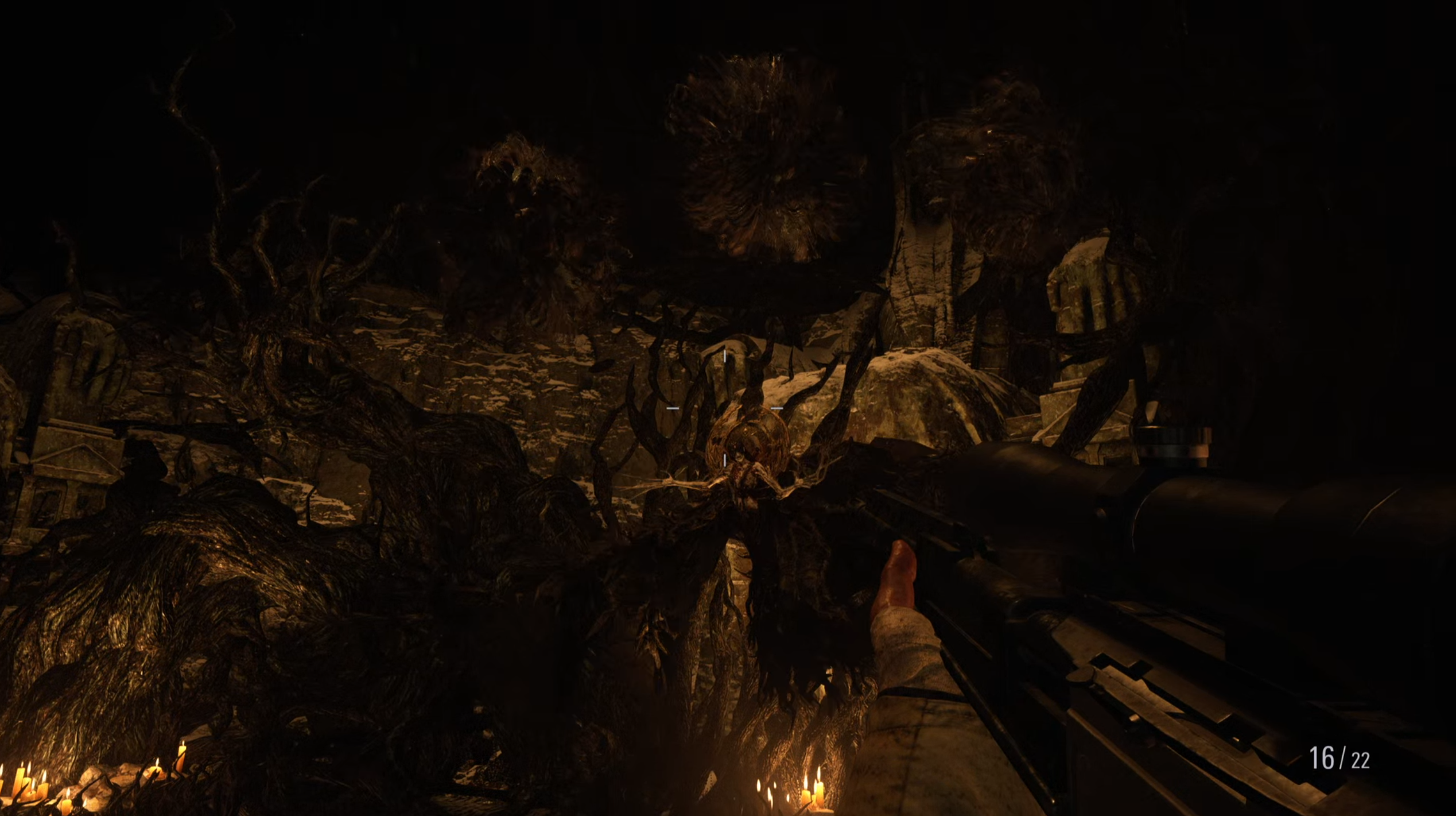 This battle takes place in a very small arena, but that doesn’t stop Mother Miranda from growing wings and zipping about the place. For this phase she will fly into the air, moving around rapidly enough that pulling off shots can prove difficult. I found the sniper rifle to be perfect for this situation, using the scope to fire directly into her face whenever she remained still for a brief second. However, there are also projectile attacks to contend with.

Mother Miranda will materialise a selection of black orbs which will float above her before glowing a bright gold. Once they turn bright, prepare to block or sprint to the side to avoid taking damage. Her most deadly attack is to follow. After pelting you with projectiles, Miranda will take herself to the centre of the chamber and form a gross combination of branches to land on top of her. To avoid death, you must hide behind pillars that form alongside them as a deadly burst of light brings forth. However, if you’re fast enough this attack can be prevented entirely with enough damage. 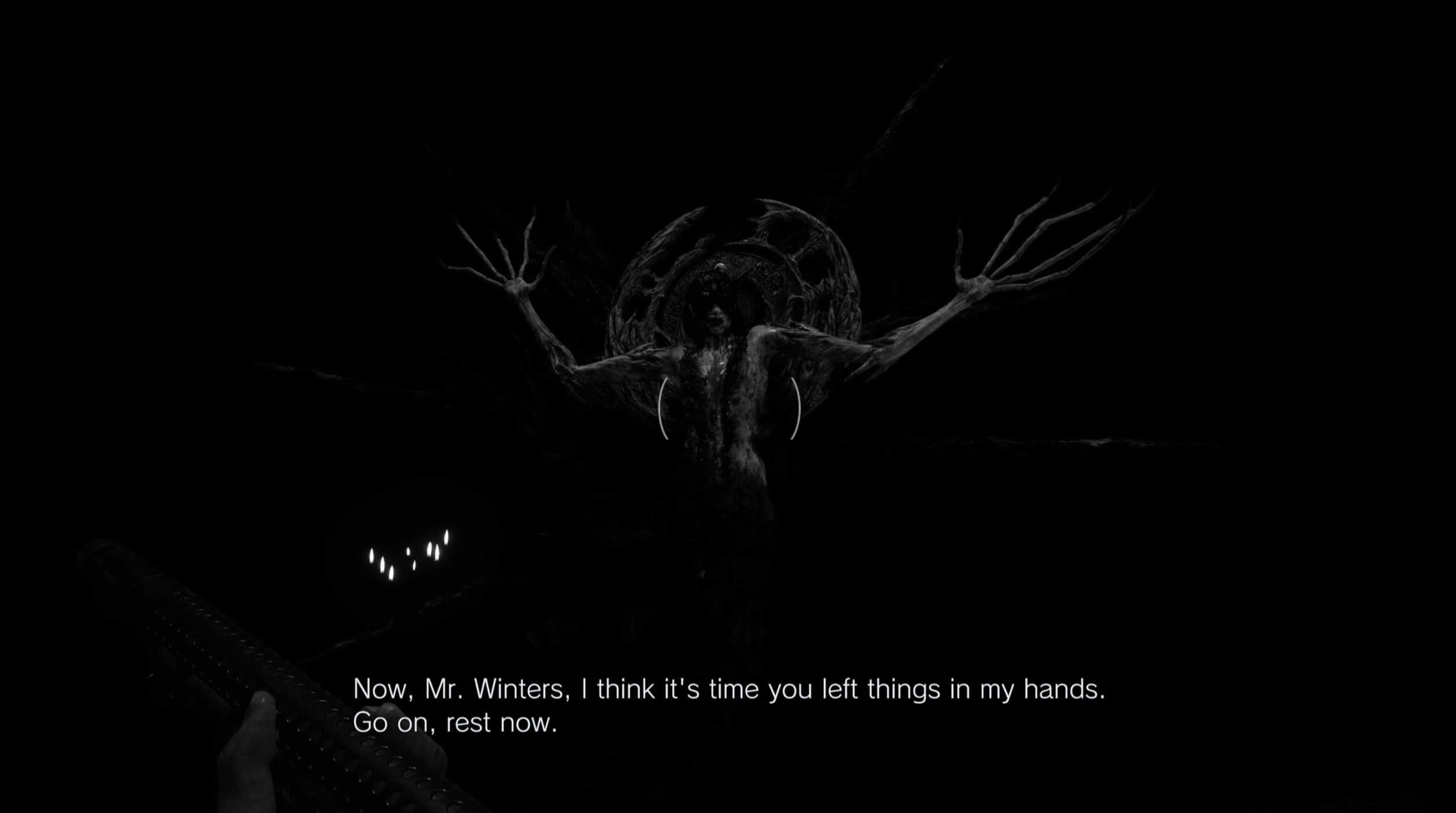 As the battle begins to reach its conclusion, Mother Miranda will grow desperate. She will plunge the room into darkness, forcing you to roam around in search of her location. In this situation, simply follow her voice, since after spouting a bit of dialogue she will try to attack you from behind. Be quick though, since she will disappear moments after being spotted. 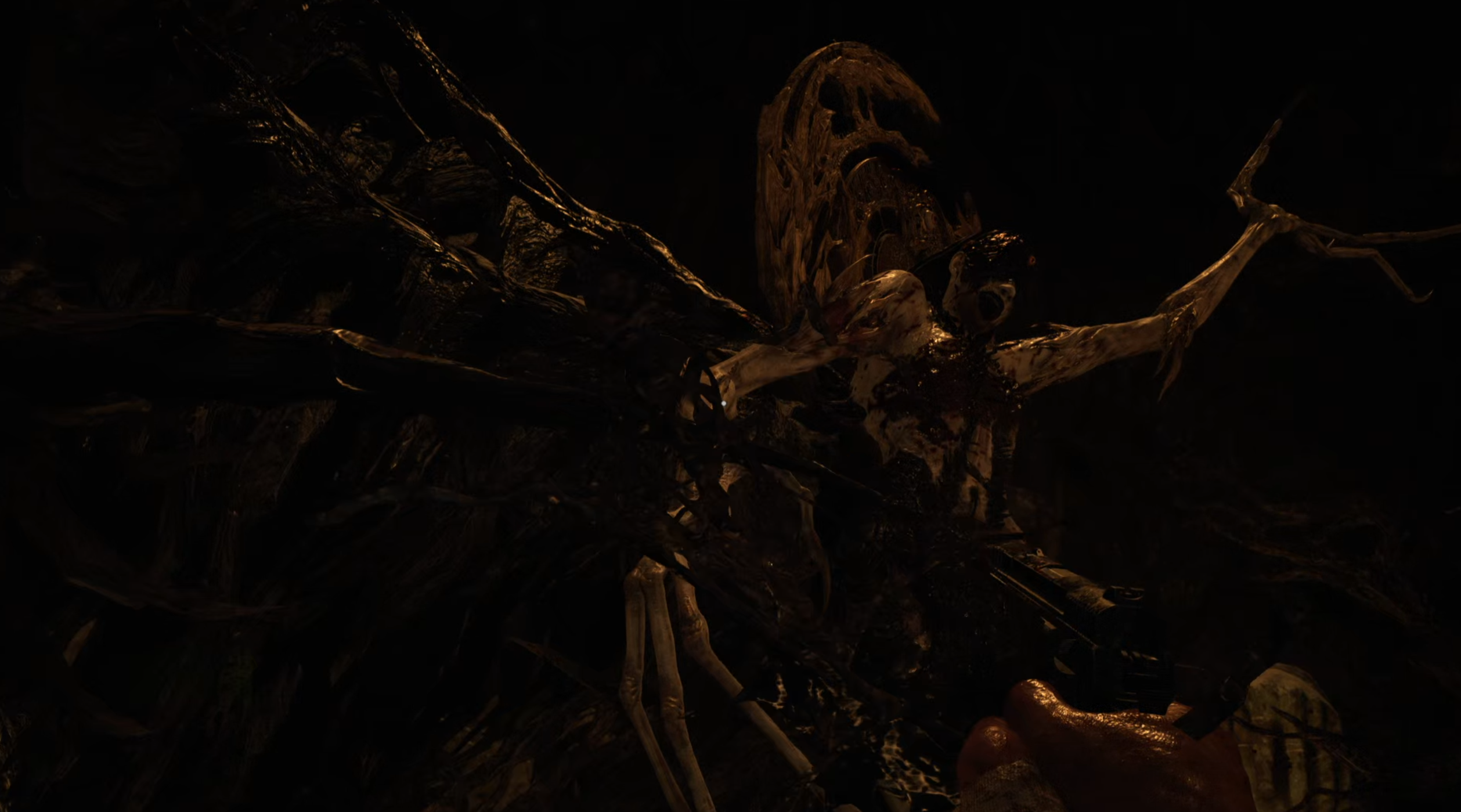 The darkness will subside and Mother Miranda will proceed to throw everything at you. All of the attacks I mentioned in the previous phases return alongside an attack which has a variety of spikes erupt from the ground. When this happens, move to the edge of the arena and just keep dealing damage whenever you can. Soon, a cutscene will play out to conclude the battle as Miranda pulls you into her grasp. Once an on-screen prompt appears, hit her with everything you’ve got until she finally dies for good.

Now, sit back and enjoy the ending of Resident Evil Village.