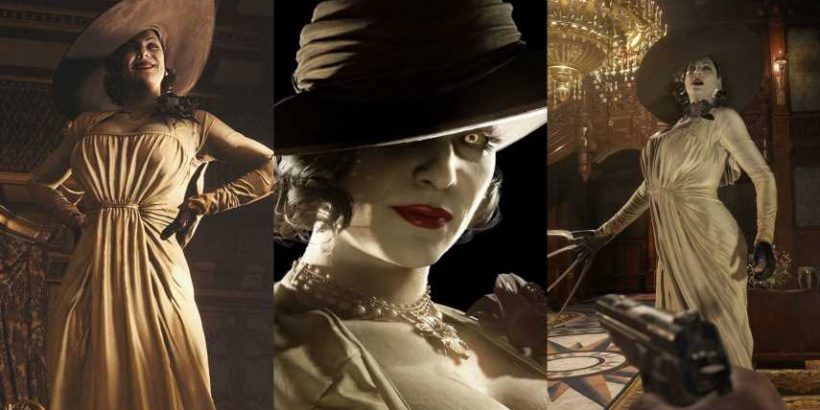 Resident Evil Village is filled with a range of challenging, fantastic bosses – all of which require a keen sense of knowledge and plenty of firepower to take down.

Lady Dimitrescu is one such encounter, a towering, beautifully dressed lady who stalks you across the castle grounds alongside her dangerous trio of daughters. Upon navigating the castle and dispatching her underlings, it’s time to do battle with the twisted lady herself – and it’s quite a showdown.

Acting as one of the first major boss battles in Resident Evil Village, we’ve compiled a strategy to help dispatch Lady Dimitrescu whether you’re a series newcomer or a hardened veteran. Without any further delay, let’s bag ourselves a big lady.

How To Beat Lady Dimitrescu in Resident Evil Village 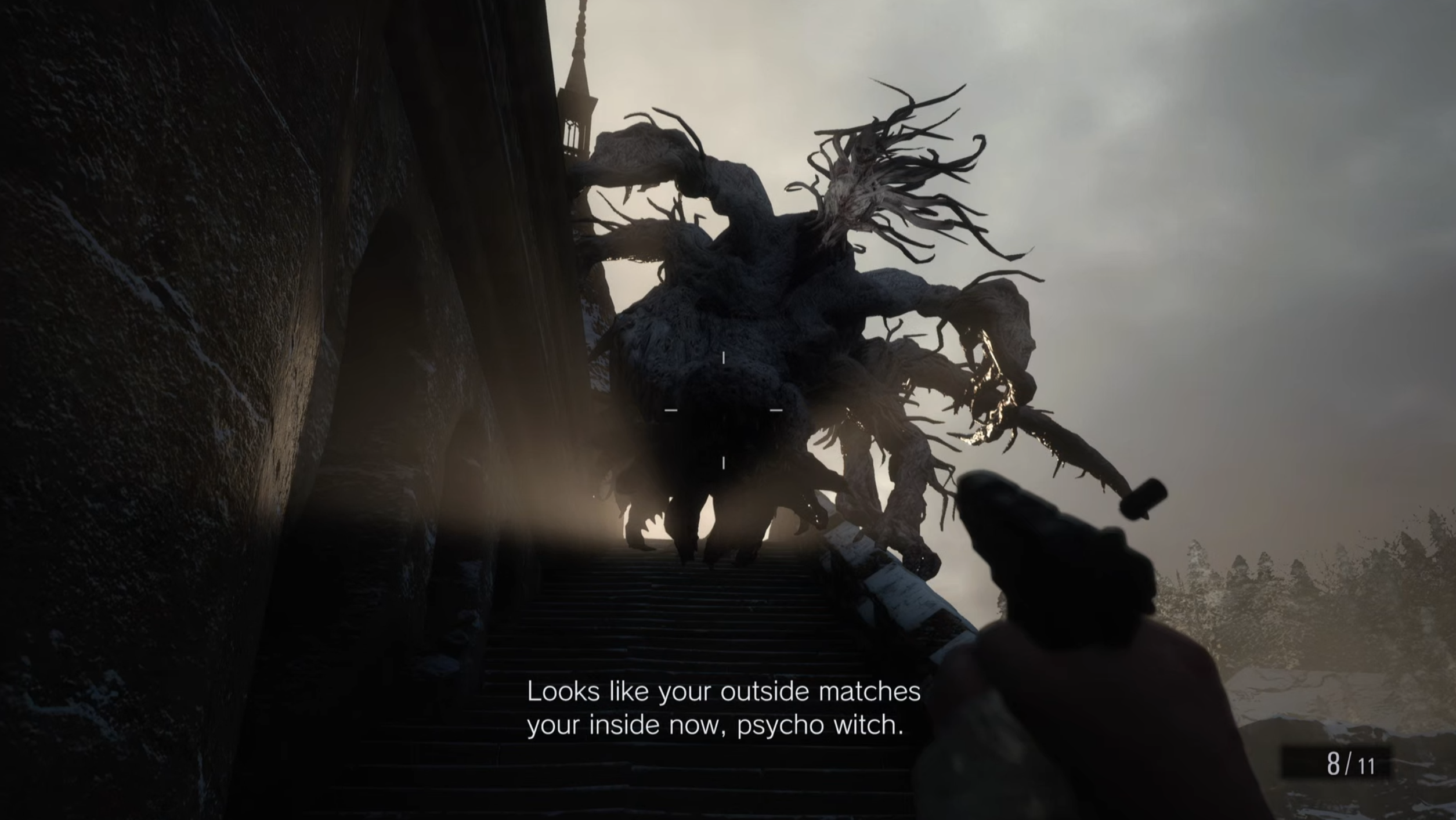 Upon completing the Angel Statue puzzle and gaining access to the church, Ethan Winters will open a coffin and find himself an ancient ceremonial knife. This weapon is the key to defeating Lady Dimitrescu, or in the least, awakening her final form. Leave the area and she’ll ambush you, locking Ethan into an animation where he will inevitably shank Lady Dimitrescu in the gut and cause her to throw you out the nearby window. Now the true party is just getting started 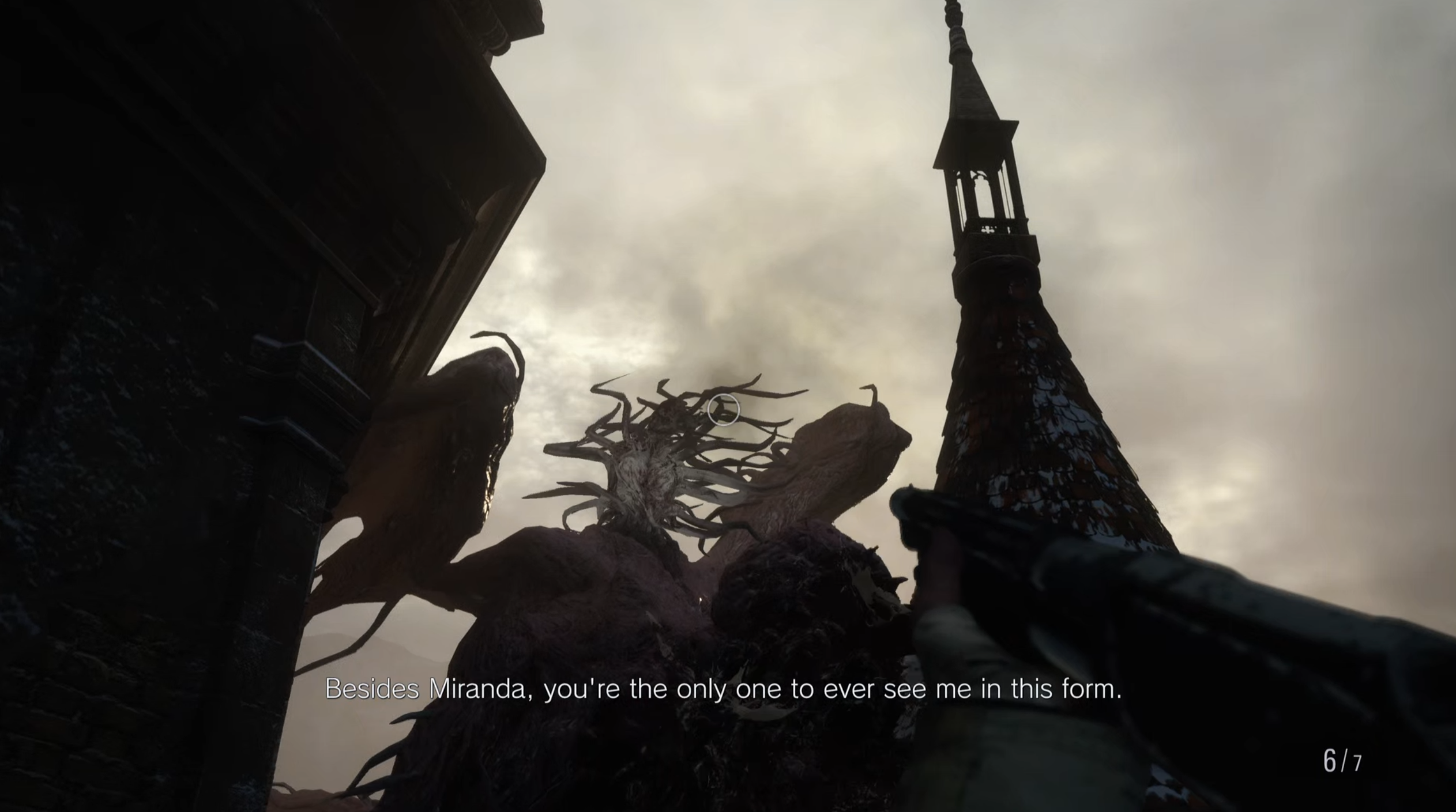 While ascending to the castle roof you will be ambushed by the mutated Lady Dimitrescu. She’s now a strange, white dragon with a mouth filled with sharp deadly teeth. Her weak point throughout the battle is the humanoid body jutting out from the beast’s torso. It’s a lighter colour, so focus any and all attacks on that spot and the battle will be over before you know it. From the bottom of the staircase, just keep firing at her weak point while she slowly crawls towards you – it will only take a handful of shots until she lets out a loud screech and flies away. Now, make your way to the roof and pick up all of the ammunition situated atop barrels on your way. 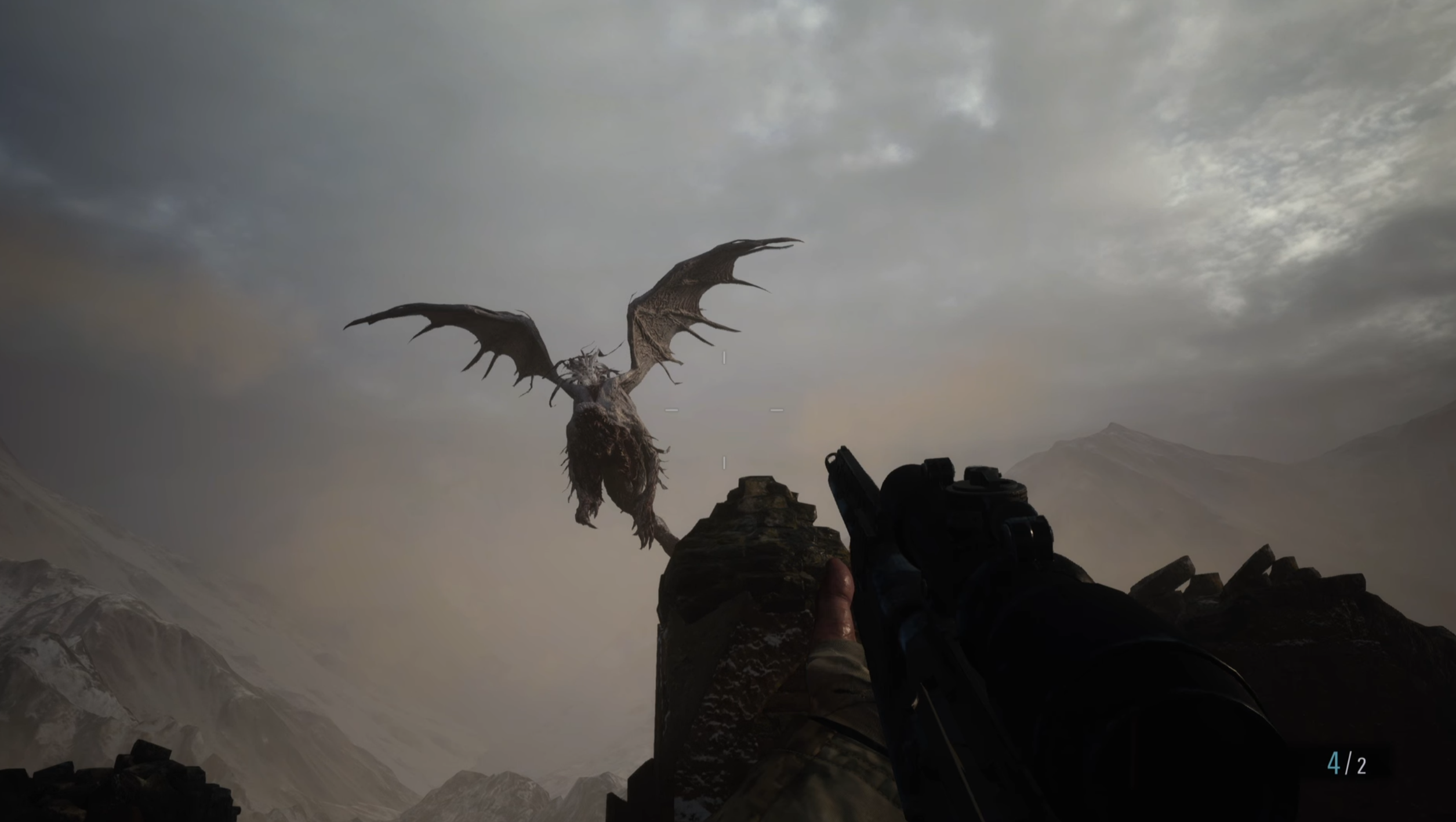 Once you reach the rooftop, this is a fairly simple fight so long as you keep moving and don’t let Lady Dimitrescu get on top of you. The movement space is limited, so keep sprinting around the rooftop and turning around occasionally to fire shots into her weak point. After a few rounds have been planted into her thicc skull, she’ll begin shouting in anger, looking desperately for Ethan across the rooftop as she smashes down walls and pillars. This will provide you with far less cover to work with, but her attacks remain trivial to dodge and predict.

The key is to keep moving, and if she catches up with you, a well-timed block does a good job of negating the majority of damage. Like many of the bosses in Resident Evil Village, get to safety when their flesh begins to grow red. This essentially means they are enraged, and will tear you to pieces if you aren’t too careful. Such attacks are accompanied by deliberate voice lines, so keep an eye out for those if you don’t want to meet an early death. 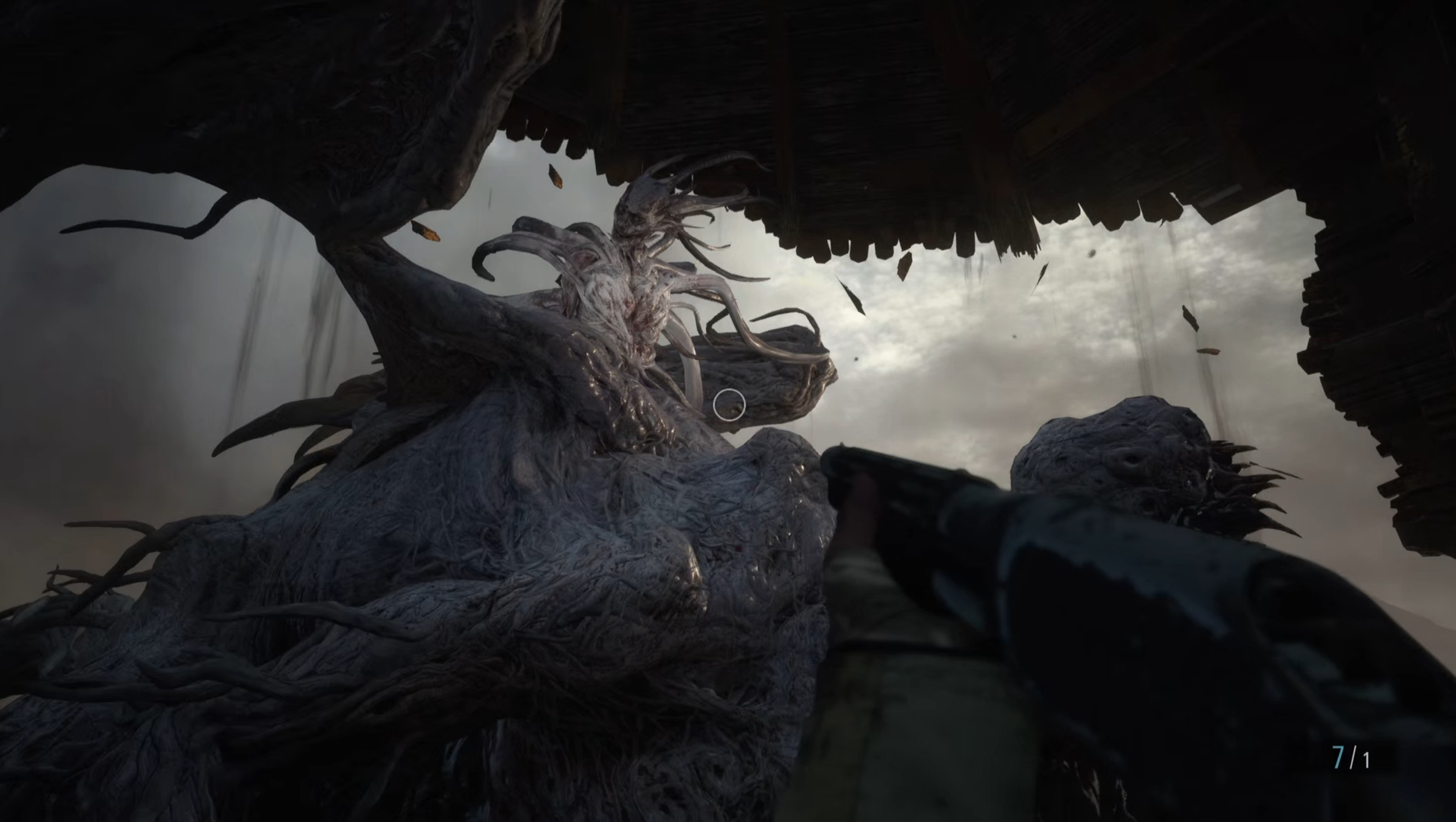 I’d recommend having a sniper rifle for this next section. Once she has taken enough punishment, Lady Dimitrescu will take to the skies and fly around the church tower. Fortunately for us, she isn’t much of a mover, so it’s easy to zoom in with a scoped weapon and blast her out of the air. Don’t let your guard down once she falls though, since within seconds she will crash onto the rooftop in a pile of flesh. Now, just rinse and repeat this pattern as she continues to fly outward before manning a plunging attack. If you’re fast enough, she won’t have enough time to execute it.

For this final phase she will crash into towers and ram herself toward you, with her movements becoming more powerful and erratic with each passing second. Don’t panic, just keep focusing on her weak point with all the firepower at your disposal. Soon she will smash open a section in the central tower, revealing a staircase that Ethan will automatically ascend without your control. From here, just keep running until she catches up with you. A few glass jars on the rooftop can be smashed for ammo, so be sure to snap that up if you’re running low.

Lady Dimitrescu won’t move from the top of the tower once settled, so just keep blasting away until she finally dies – dragging you down to the ground with her as her infected corpse decays into nothing. Congrats, you just beat the big lady.