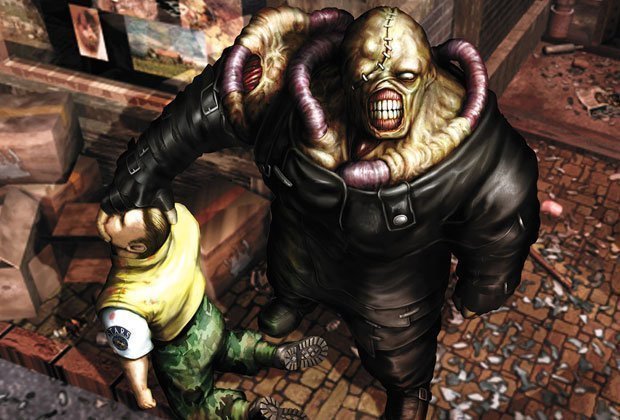 Before the announcement of Resident Evil 7, a leaker known as AestheticGamer correctly revealed information about the game – tweeting details about its existence and setting. These all turned out to be pretty on the money.

That same leaker revealed information about Resident Evil 8 and a Resident Evil 3 Remake earlier this year, and since then we’ve been pretty excited about the possibilities of both.

Now, Capcom seems to be hinting at the existence of either or both games, too.

According to Resident Evil fansite Biohaze, development studio Capcom Division 1 has approached Japanese Resident Evil Ambassadors – a well-known community of series fans that has been used by Capcom before – asking for people to help test an in-development title.

Biohaze translates the email to:

“To all Resident Evil Ambassadors, thank you for your patronage regarding the Resident Evil series. Today, we are letting you know that we are recruiting testers for a game that’s in development!

There’s no hint as to what the game may be, but the language and the specific targeting of that community suggest that it’s likely going to be something related to the Resident Evil franchise.

If previous leaks are anything to go by, Resident Evil 3 Remake is in the works with an external studio – so maybe this is related to Resident Evil 8 instead?

Back in May Cacpcom noted it was “unable to comment on the specific number of titles or release windows, there are numerous titles currently being developed internally with the RE Engine” so it could even be another title that we’ve not yet heard about.

“The series will be kinda “unofficially” almost annual for the next few years, though of course as game development goes anything could be delayed,” says AestheticGamer.

“For example, RE8 got a bit delayed and I can say to you now that you shouldn’t expect it until next-gen is on the table. What is on the table is REmake 3, but REmake 3 is…Not what a lot of people are probably going to expect.

“It’s not being made by the same team that made REmake 2, in fact, it’s not even being internally developed by Capcom Division 1 at all. Who is developing it is very interesting, but for another day, it’ll be coming about a lot sooner than people probably are expecting.”

We’ll keep you updated with more information as it becomes apparent.