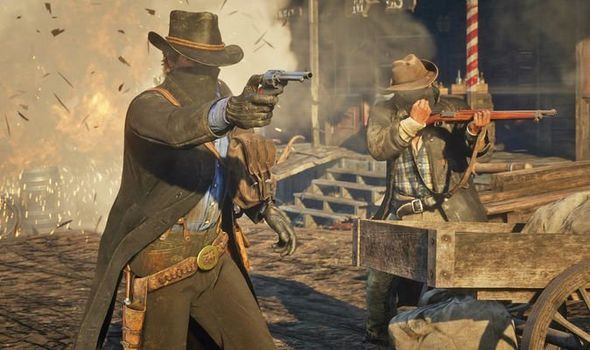 Red Dead Redemption 2 could be getting a surprise Rockstar Games download in addition to the hugely anticipated summer patch.

The new character types that are coming to Red Dead Online this summer are the bounty hunter, trader and collector.

The Red Dead Redemption 2 summer update was first announced back in May, with fans left wondering when Rockstar Games will release it.

And it looks like the Red Dead Redemption 2 summer update could be joined by another surprise Rockstar Games download.

Rumours have been sparked that Red Dead Redemption 2 DLC is in the works as a mystery new Rockstar Games project has been rated.

As revealed in a post by Kotaku, the Australian ratings board have banned a mystery Rockstar Games title called ‘Bonaire’.

Fans have been left wondering whether this mysterious title could be GTA 6 or even Bully 2.

But it looks like the likeliest candidate could be unannounced Red Dead Redemption 2 DLC.

The reason being is that Bonaire is an island in the Caribbean, a region which (spoiler alert) appears at one point in Red Dead Redemption 2.

So it is possible that the Caribbean could be a location for Red Dead Online which this rumoured DLC could be set in.

It remains to be seen whether Rockstar Games do have unannounced Red Dead Redemption 2 DLC in the works.

But it does look like Rockstar Games are getting ready to promote their next big project.

As reported by Edinburgh Live, Rockstar North was recently pictured removing a huge Red Dead 2 banner from the front of its office.

It’s been speculated that Rockstar has removed the Red Dead 2 banner as they’re getting to ready to market their next game as soon as it’s announced.

This new title could be the much demanded GTA 6 or a sequel to PS2 hit Bully.

The news comes hot on the heels of Rockstar appearing to hint at the existence of Bully 2 via a painting found in the recently released GTA 5 Online Casino update.

The painting features the same four symbols that can be found on the crest of Bullworth Academy, which is the setting of the original Bully game.

This includes a fist, a snake, a rat and a skull.