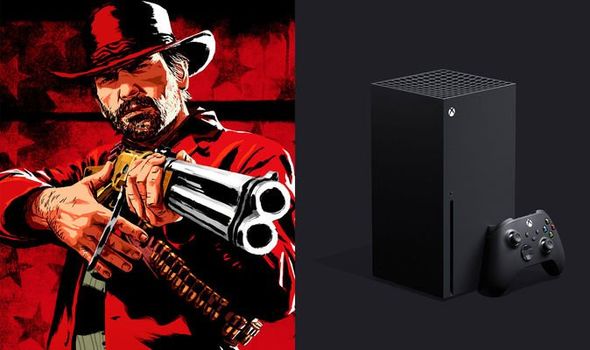 And the iconic Rockstar Games title will have one major advantage on the next-gen console. Ahead of the November launch of the Xbox Series X, a lucky few have got the chance to go hands-on with the hugely powerful next generation system. One of those was YouTuber Austin Evans, who tested a few titles supported by the Xbox Series X’s vast backwards compatibility.

Evans tested out a number of popular titles, seeing how quickly they loaded on the Xbox Series X compared to the Xbox One X and the Xbox One.

One of the big features of the next-gen is SSD hard drives, which will vastly speed up load times and allow for features like Quick Resume.

And the effect of the Xbox Series X’s SSD was clearly seen in the playtest conducted by Evans for Red Dead Redemption 2.

Comparing load times, the Xbox Series X was able to load up RDR2 a whole MINUTE faster the Xbox One X and Xbox One.

Better load times won’t be the only big improvements that the Xbox Series X brings to backwards compatible games.

A video by Digital Foundry took a deep dive into the impact of the Xbox Series X’s power on compatible Xbox One, Xbox 360 and OG Xbox games.

And Richard Leadbetter revealed that the Xbox Series X will offer “up to double the performance” in the “most demanding” backwards compatible games.

DF said backwards compatibility on the Xbox Series X was “hugely impressive”, with 60FPS locked in even on performance sapping games.

Leadbetter said the Xbox Series X’s back compat was ‘transformative’, and used the example of a classic Rockstar Games title – GTA IV. 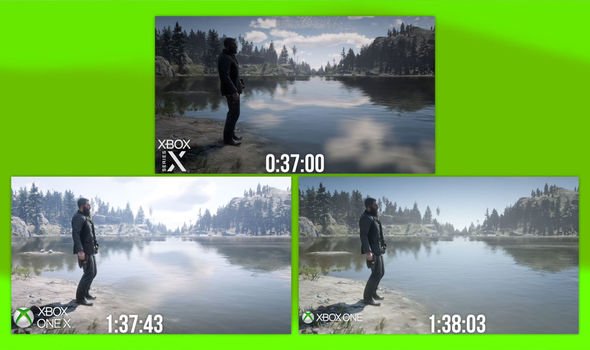 “In fact, actually understanding its frame-rate is the reason I developed frame-rate analysis tools in the first place.

“Meanwhile, its back-compat support on Xbox One and Xbox One X isn’t particularly great.

“As the game runs unlocked, One X can power its way to 60fps in graphics heavy scenes, then see performance collapse when the CPU is tested.

“It produces a highly variable experience and in some respects, even Xbox 360 runs it better.

“This all changes with Series X which not only locks to 60 frames per second in every scenario I could test it on, it does so with HDR.”

The Xbox Series X launched on November 10. Pre-orders for the console are currently sold out everywhere in the UK.

But you can still secure an Xbox Series S pre-order from a number of major online retailers.