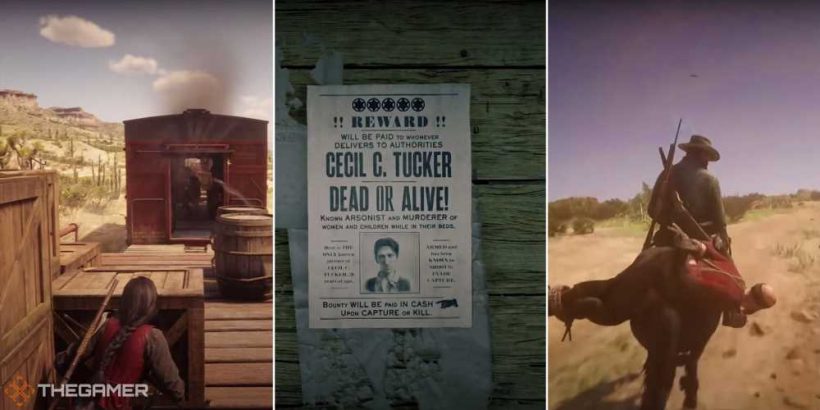 The Bounty Hunter role offers some of the most challenging content in Red Dead Online. With its infamous Legendary Bounty missions, players can expect a gruelling, but worthwhile, experience that gets more difficult on subsequent playthroughs. A mission that might be easy the first time is going to be nearly impossible on the fifth attempt.

To get started on the hardest five-star Legendary Bounty hunting missions, players will need to be prepared. That means plenty of funding, food and all the most important items, a reinforced Lasso and Bolas, and a Bounty Wagon. A four-person posse wouldn’t hurt either. Only then will you be ready to challenge these formidable foes. 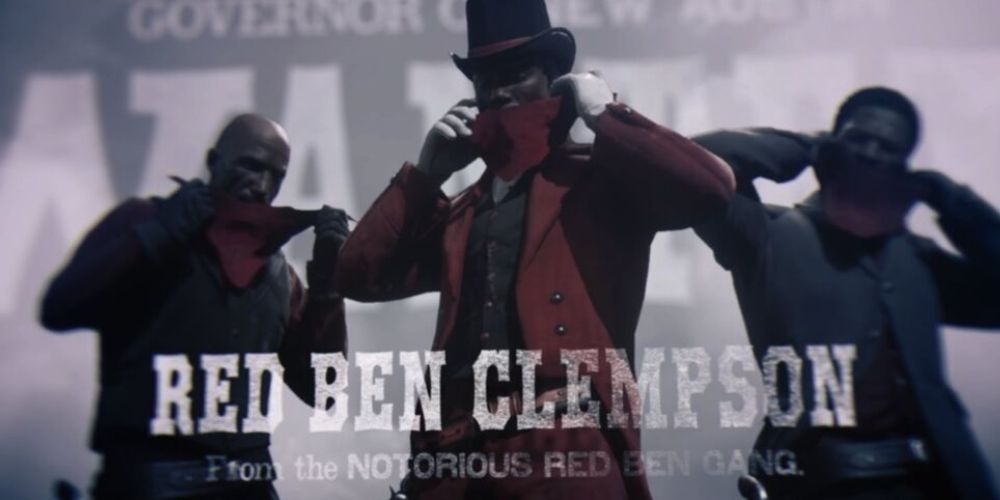 This bounty starts with an interrogation. Players can choose to pay off the informant for information regarding Red Ben’s whereabouts, or they can just shoot him and hope for the best. They will then have to track down the train that Ben is trying to leave the state on and apprehend him. A five-star version of this mission has players hunting down additional gang members.

The tight quarters provided by the train carriages mean players won’t be caught off guard by stray bullets. If players have a few members of their posse trailing them in the Bounty wagon, it’s as easy as hogtying the targets, throwing them off the train, then moving through the carriages to the next target.

Phillip Carlier: Watch For The Smoke 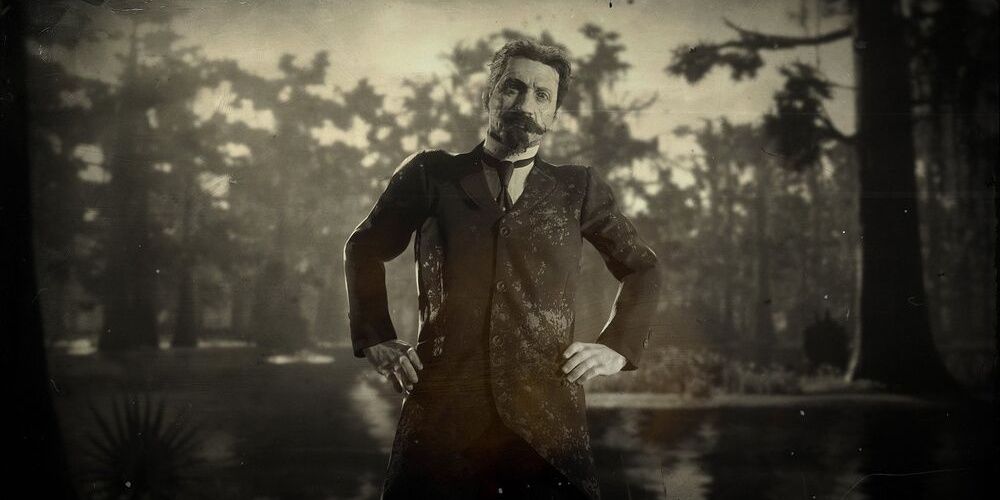 Players will start this mission confronting Carlier, while he offers to share a stew he has been brewing with them. They’ll lose consciousness after breathing in the fumes and wake up in the middle of a swamp surrounded by huge animals. Watch out for Carlier: he will attack from seemingly nowhere, and one hit from his machete fails the entire mission.

The difficulty is in surviving the hallucination. A fast-shooting gun with a wide bullet spread is invaluable, and the Repeating Shotgun will help offset the sluggish movement characters will be experiencing. Keep an eye out for puffs of smoke to indicate where Carlier will attack from. Players will then have to search for him in the Bayou (unmarked archers and alligators lurk in this area, so be cautious). 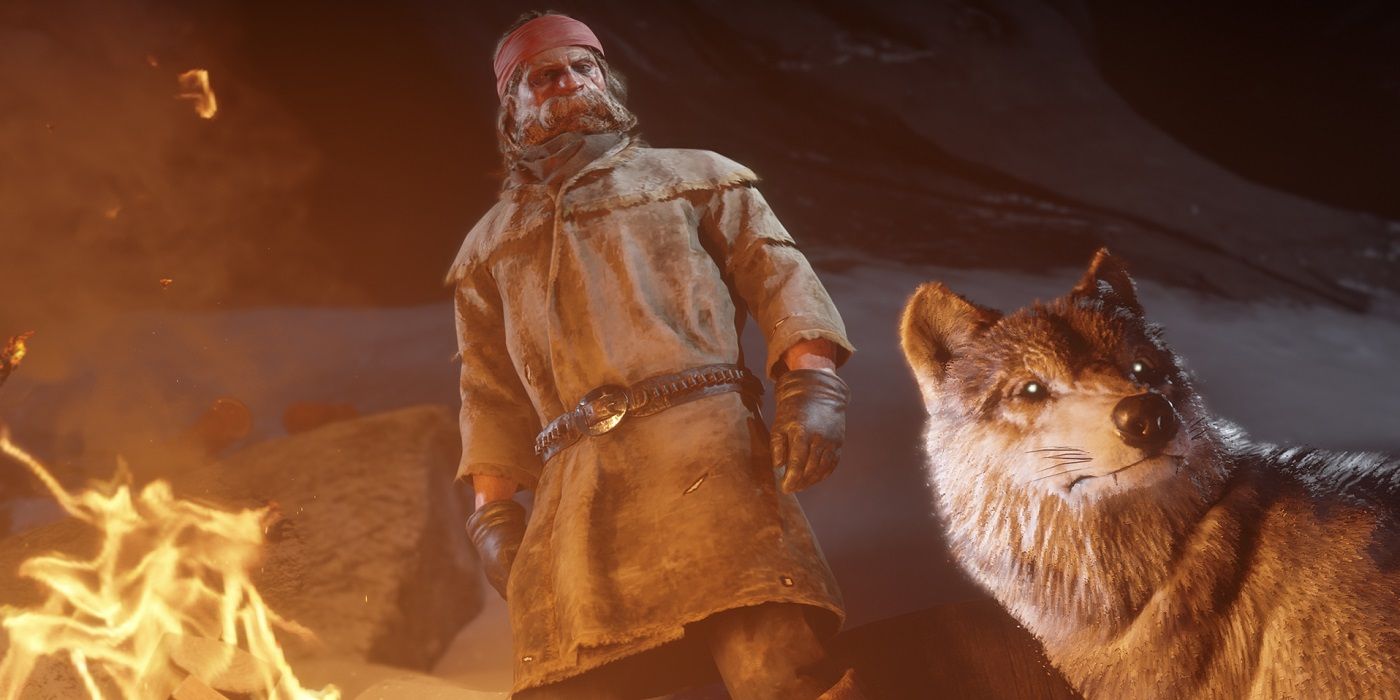 To find the Wolf Man, look for his campfire. Before players get there, however, they will be attacked by wolves. Ignore them for now, and ride on. Players will be forced to capture the target alive, but as soon as he is hogtied, unmarked wolves will spawn and attack. If the bear is around, kill it first, or watch its first target be the Wolf Man. The Lancaster Repeater is useful in dealing with the wolves and comes in handy if players cross paths with the bear.

The Owlhoot Family: Slow And Steady Is The Key 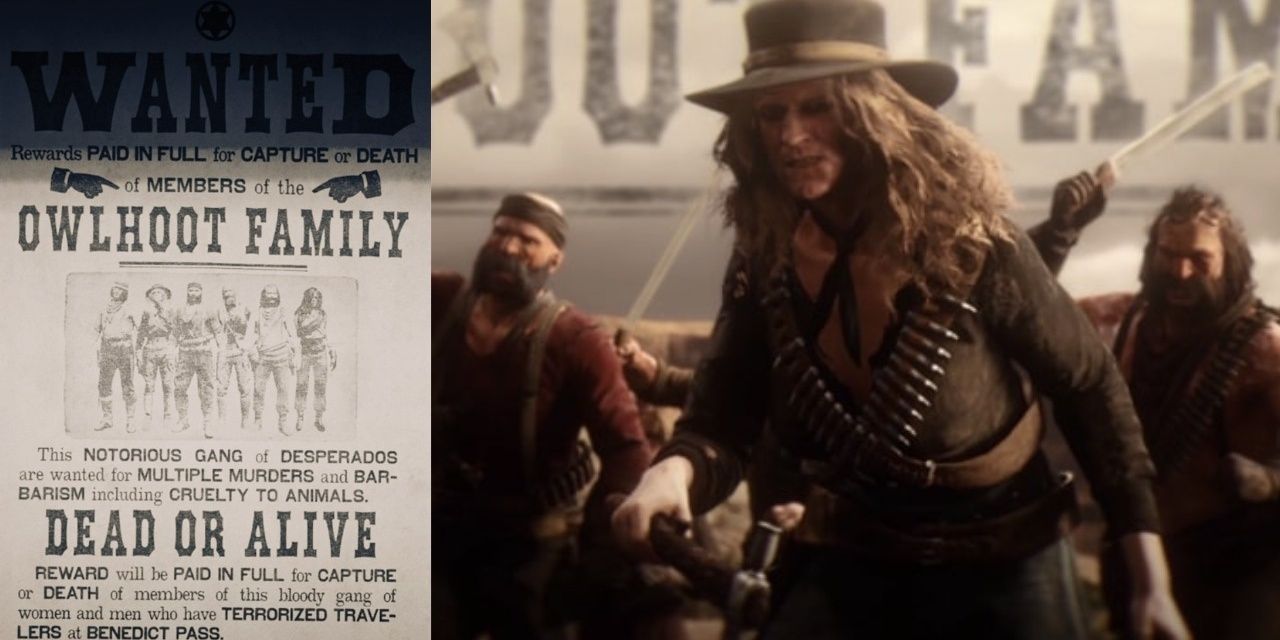 At five stars, players will need to capture four members of the Owlhoot family. They will be spread apart, and have plenty of gang members with them. If spotted, a firefight is inevitable, and the extra health and damage benefiting the gang members will pose a challenge.

Stealth is the way to go. The bow allows players to silently take out most of the gang members surrounding the targets and makes any subsequent firefight much easier. The Bounty Wagon is also useful here, as it saves players from taking multiple trips to hand in their targets.

‘Yukon’ Nik: The Bears Are Your Friends 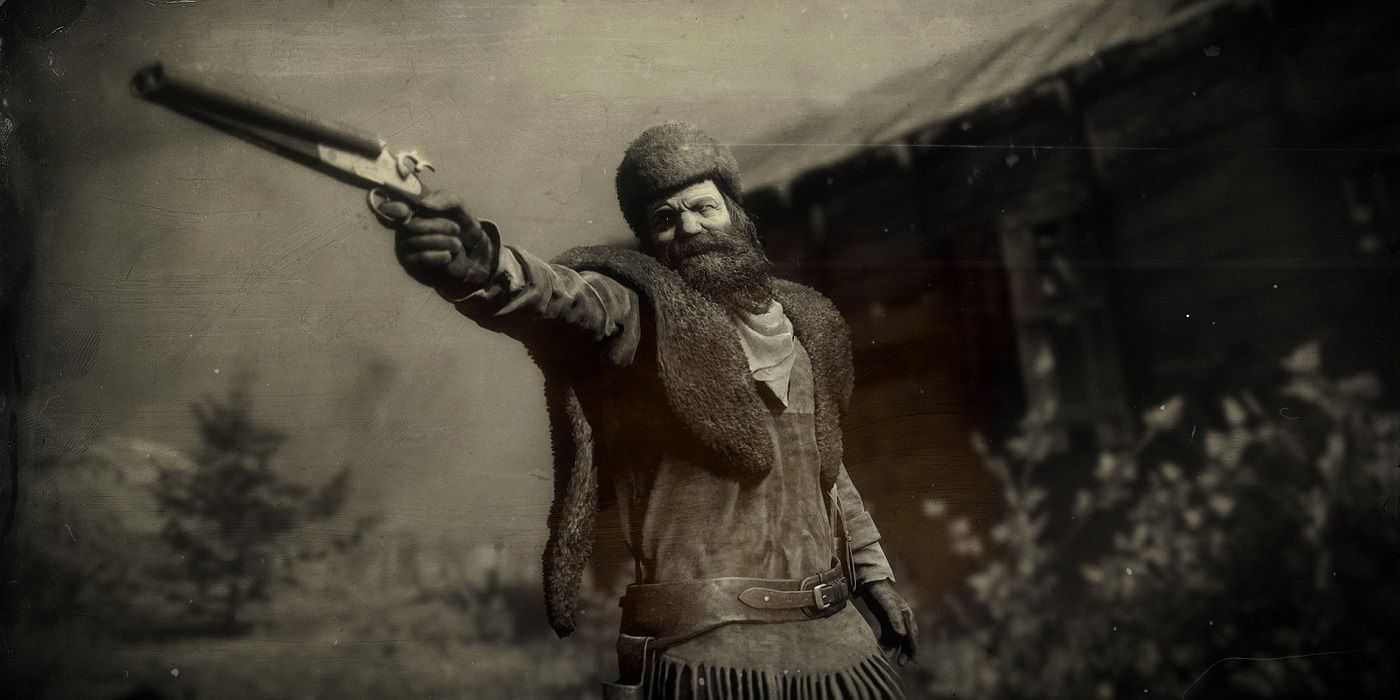 When hunting Nik, players will also need to discover what happened to the US Marshall that went out ahead of them. Fort Riggs is full of enemies, so enter with caution and watch out for the bears.

Bring a sniper rifle along for this mission. Shooting the bear cage locks within the fort takes lots of pressure off the player as the bears set their claws on those within, and a full posse will help clear up any remaining gang members.  When he appears, shoot Nik in the shoulder (if you want to take him alive) and save the Marshall, then hurry out of there before more gang members show up.

Tobin Winfield: He Has Very Little Health, So Be Careful 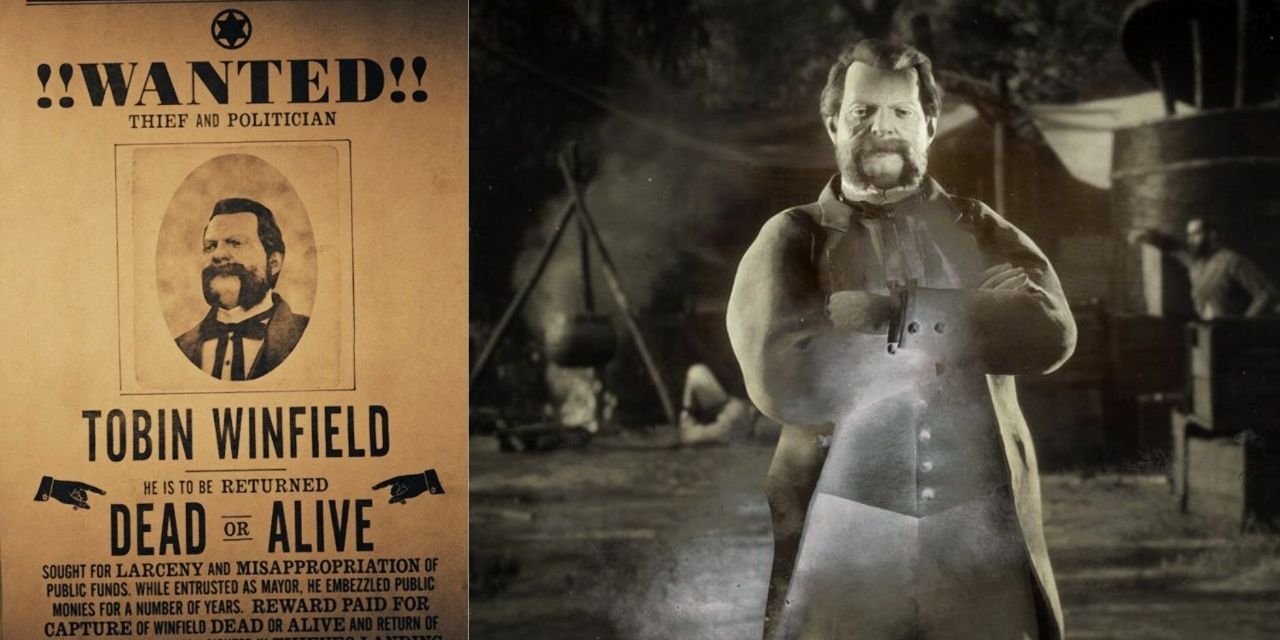 This bounty starts with the target, a disgraced mayor, surrendering peacefully. Instead of fighting Tobin, the player’s job is to protect him from those out to kill him. This is difficult, as he has very little health, and his enemies set up ambushes and shoot on sight.

The hardest part here is keeping Tobin alive. A posse is extremely useful (always a vital tip forRed Dead Online newcomers) as some of the ambushes set for the Mayor are almost impossible to fight alone. Players can work together to protect him whilst also fighting the pursuers. 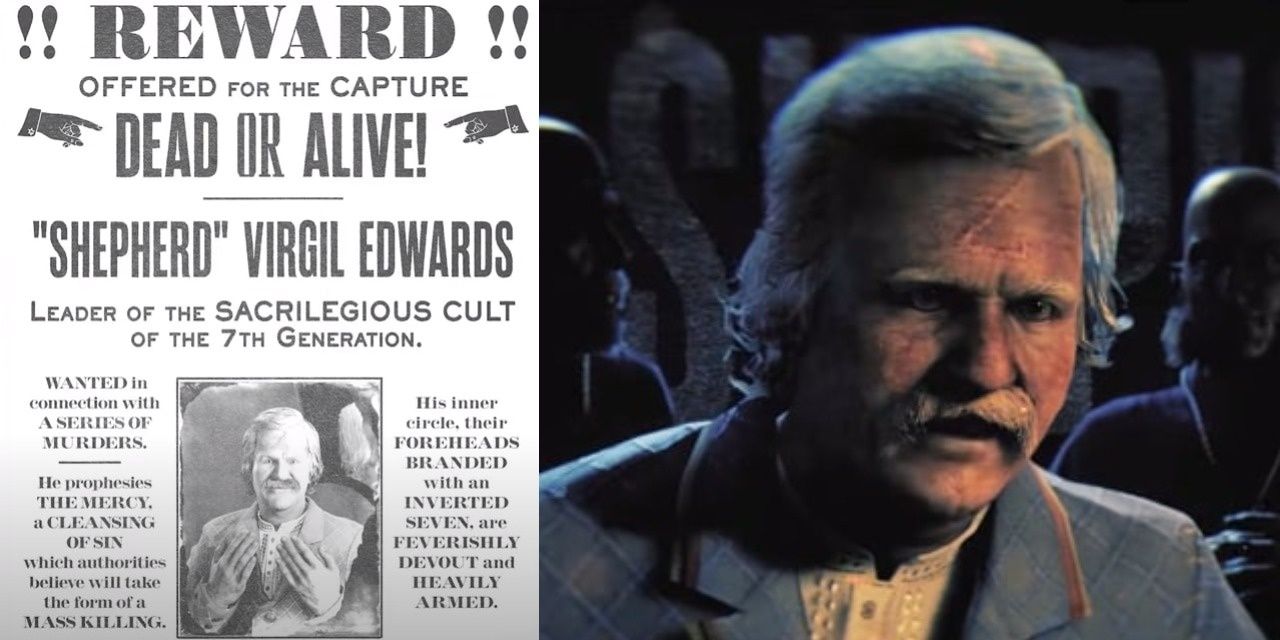 Players are tasked with hunting down the leader of a cult in this bounty.  Search through his followers’ camps for clues to his whereabouts, and then confront him in the hideout, dodging projectiles as you go.

Find one of the cult leaders wearing a blue robe, they will have a note detailing Virgil’s location. These camps are easy to clear out, so bring a posse and prepare for the assault on Virgil’s main camp. Once the letter has been found, he can be at two different locations. Both are indoor spaces, so a repeating or automatic shotgun is best. Once there, explosive rounds will destroy the armor he has donned, and a lasso will subdue him. 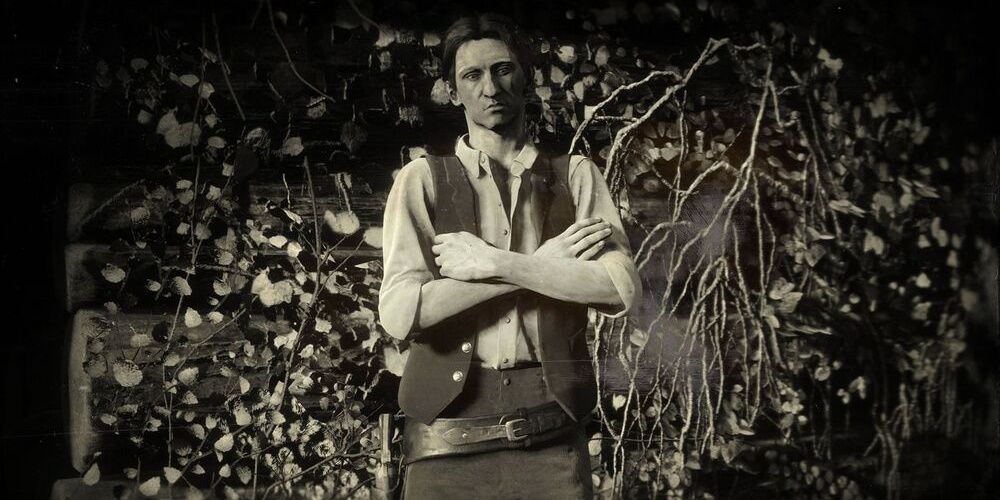 Fort Brennand is the player’s first stop. They will need to clear it out and then fight off waves of Lemoyne raiders before Cecil will appear. This fight requires an experienced Bounty Hunter to pull it off.

Players will have to clear out the fort and then survive waves of enemies while they wait for Cecil. If they make use of cover around the fort and bring in a posse as backup, they’ll have a much better chance of surviving. Explosive crates are good for crown control. Once Cecil shows up, use a Bolas to knock him down from afar and take him away, while the rest of the posse takes on the remaining gang.

Etta Doyle: Wait And All Will Be Revealed 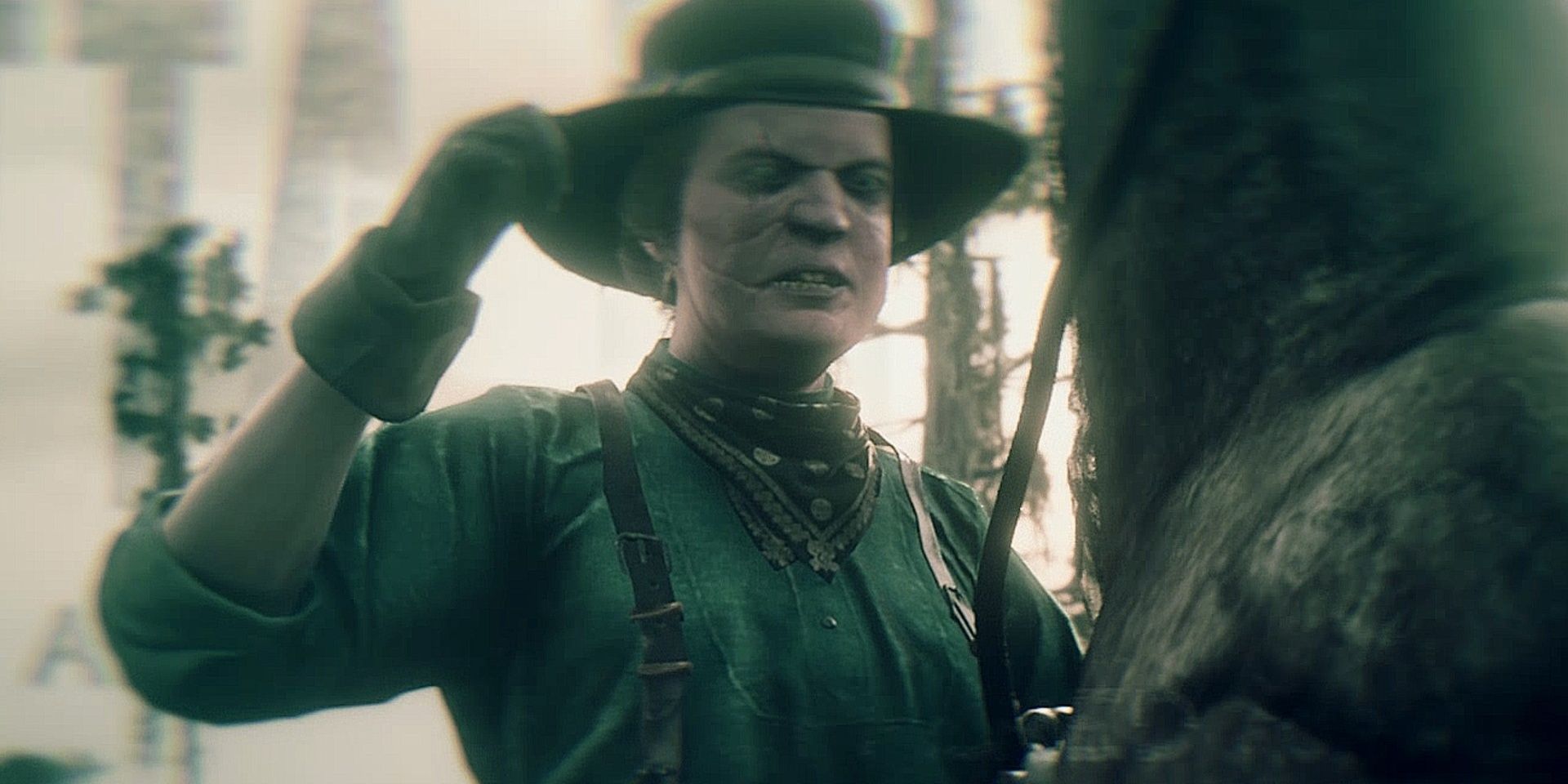 Leviticus Cornwall has set up an ambush for this bounty, and players have been invited to help lure the target in. Etta’s gang will be dressed up to look like her, so players will need to figure out who the real target is.

The trick is to have patience. Stay low and out of sight, and after a while, the true Etta will be revealed on the Mini Map. Once this happens, she will realize it is a set-up and tells her gang to escape. From there, you can run up and lasso her, as her gang will be too busy leaving to notice. 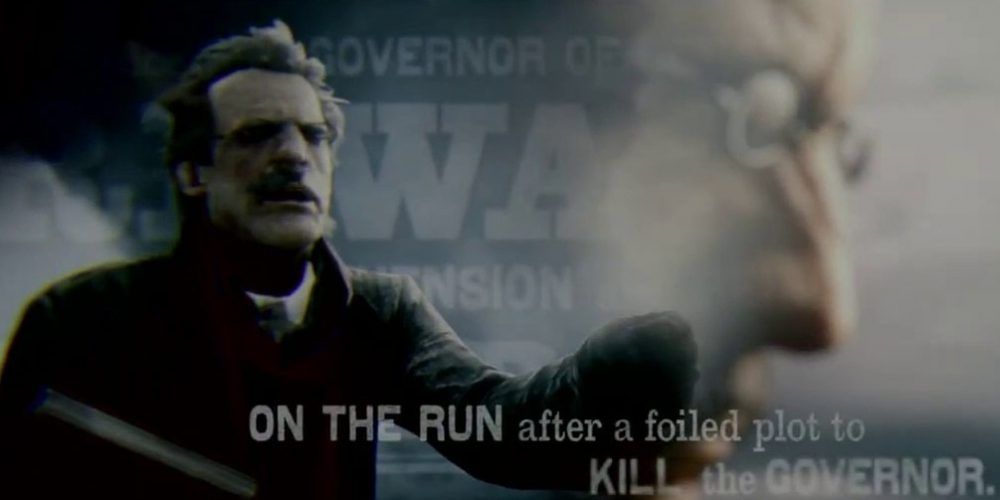 Sergio is camped at the top of a lookout post near Roanoke ridge. Players will start at the bottom of the hill and will need to fight their way up as snipers rain down fire upon them.

Switching between a Repeating Shotgun and Bolt Action Rifle helps with fights during this mission. Slowly move up the hill and keep an eye out for sniper rifle flashes. When you see them, get into cover and switch to the shotgun to take out anyone nearby. Ascend the lookout tower, take out Sergio’s lieutenant with a shotgun and tackle Sergio with the lasso.