Sometimes the world of Red Dead Online can seem a little too big, especially when you’re looking for a specific animal or plant. That can seem even more difficult when you’re going after a fish like the Longnose Gar or a small plant like the English Mace, but luckily we know just where to go to find them.

You’ll be given a whole host of missions and challenges when you ride out into the wild world of Red Dead Online, including some that might seem a little more laid back on the surface. Fishing and collecting plants, for example, might seem like a stress-free task compared to all the shootouts and horse riding you expect to be doing, but they can more often be the ones you get stuck on. If you don’t know where to look, finding a specific fish like the Longnose Gar, or a plant like the English Mace, might feel impossible. If you’re on the hunt for either or both of these in Red Dead Online, here’s where you need to start looking.

Odds are you’ll be going after these specific fish and plants as part of your daily challenges, but remember that they can be used for more than just checking the missions of your list. Take a look at what you can cook or craft with these two to see if they can help you as you go about the rest of your wild west adventures.

Where To Find The Longnose Gar 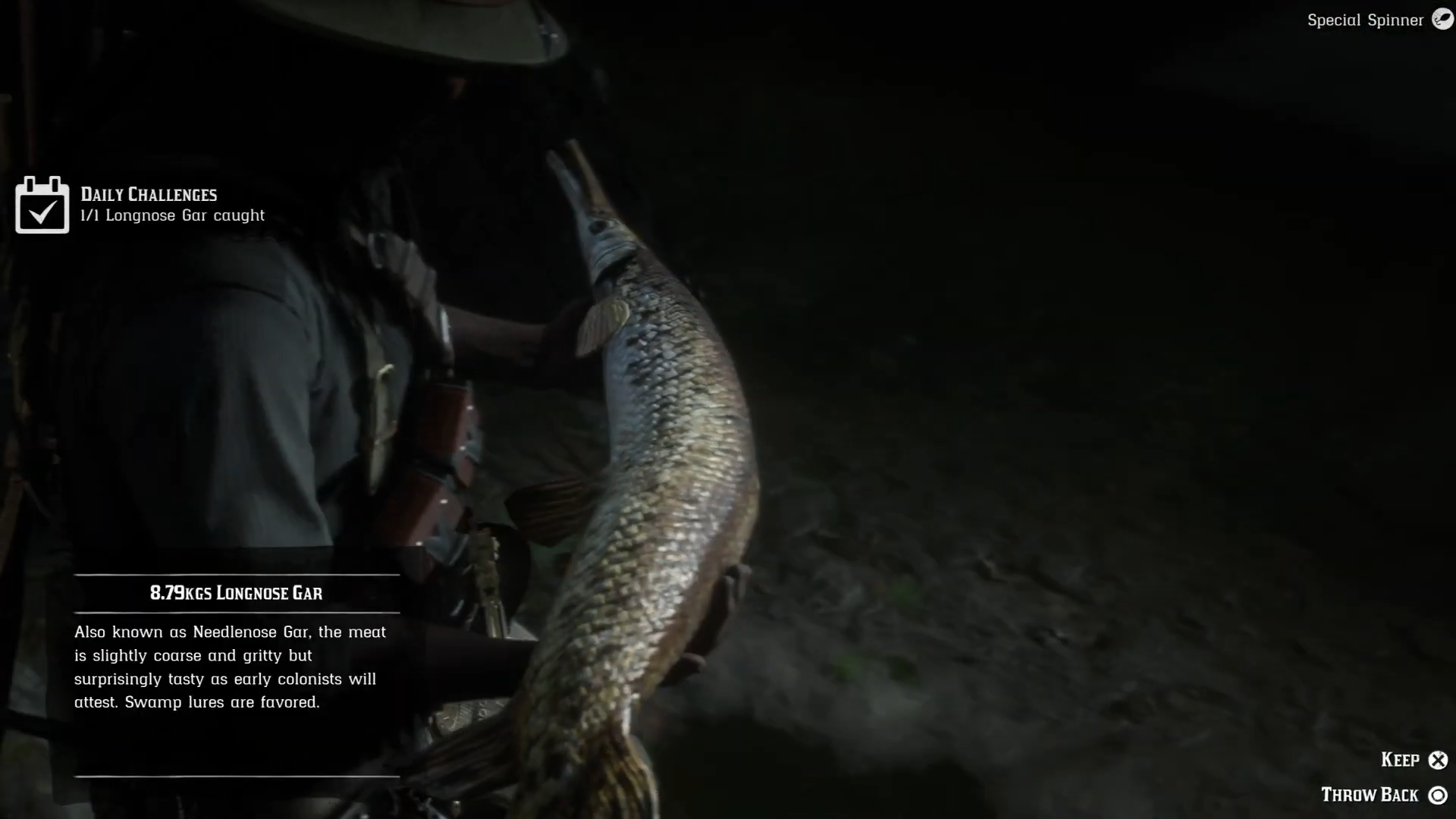 There are two types of Longose Gar you can go after: the common small type and the larger Legendary variety. If you’re attempting to complete the mission A Fisher of Fish then you’ll have to go for the Legendary one, but thankfully both can be found in the same relative area.

The only spots you’ll find the Longnose Gar are in and around Bayou Nwa. The four main spots you want to try are the areas just to the North by Bluewater Marsh, West just before the Kamassa River, just North of Saint Denis, and where the Kamassa River terminates in the South. If you don’t have one yet, you’ll also need to buy a Swamp Lure for this fish. The Largras Bait and Tackle Shop can sell this lure to you, and is right near one of these fishing spots.

While it will increase your chances, it isn’t mandatory to fish during cloudy weather. Otherwise cast your rod and reel in this fish just like you would any other. If you’re having any problems getting the Longnose to take your bait, try pressing and holding R2 for longer durations to avoid scaring it away.

Where To Find English Mace 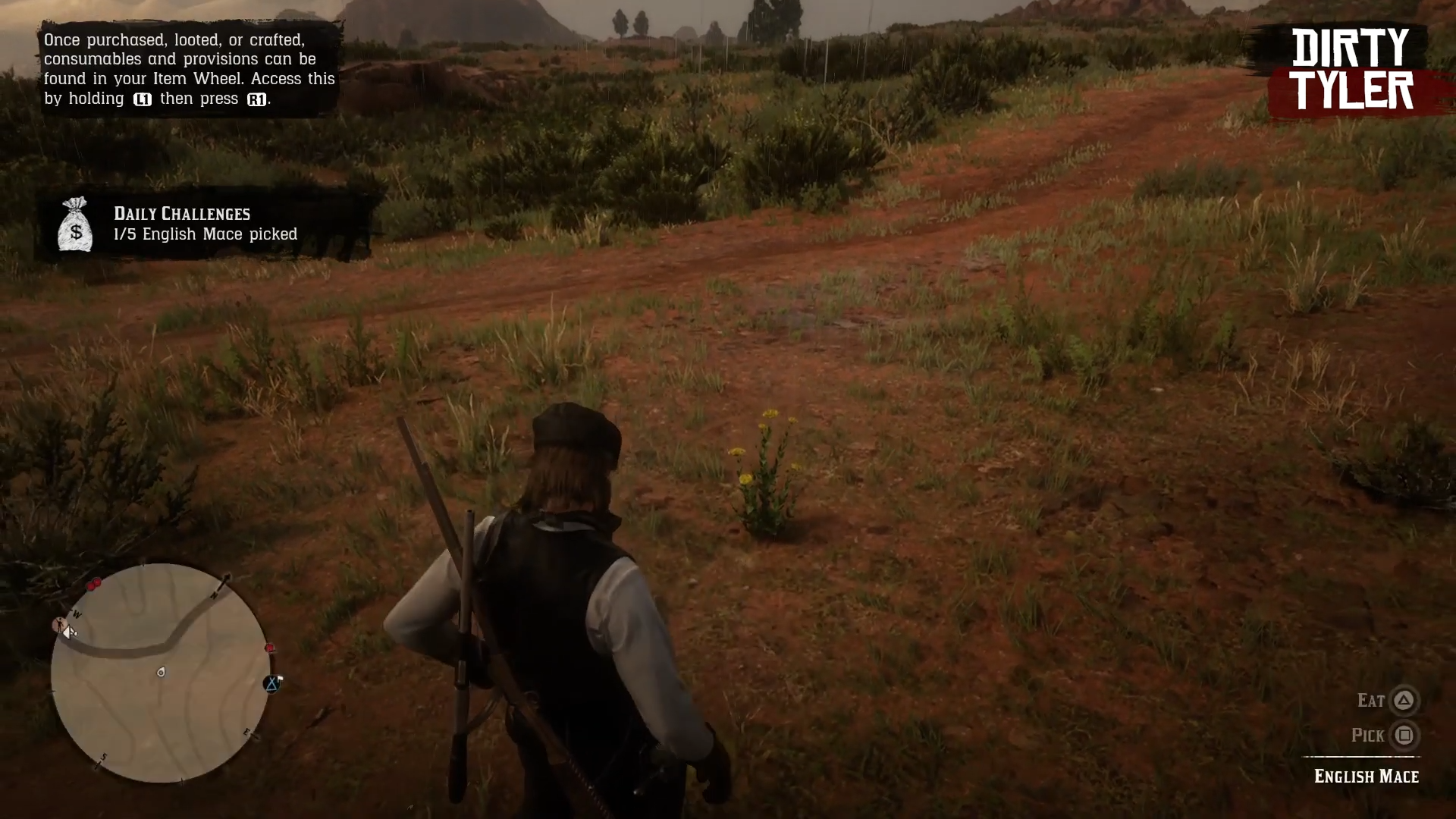 If you’re looking for English Mace in the single player game of Red Dead Redemption 2, you actually won’t be able to encounter it until you’ve completed the campaign. This is because this plant only grows in a specific part of the map that doesn’t open up until you reach the Epilogue, though this doesn’t apply to Red Dead Online where the entire map is open at all times.

This location is on the banks of the Rio Bravo river, just South of Fort Mercer, in New Austin. You’ll be able to pick out the English Mace thanks to its tall yellow flowers. You can use it to craft a lot of useful items, such as Special Health Cures, seasoning to use in cooking, to poison weapons, and more.