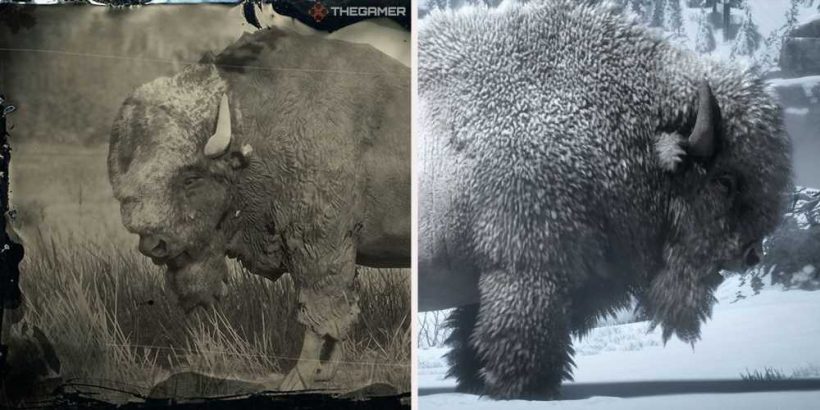 Next to the Bald Eagle, Bisons are a national staple when you think of glimpsing the majestic wildlife that roams the American West. Knowing Rockstar is pedantic about historical accuracy when it comes to their living breathing world in Red Dead Online, we weren't going to just see a generic herd of bison charging across the plains. The developers have included the more elusive White and Tatanka Bisons as well.

The pelts of these legendary creatures are more valuable among traders. By grabbing a couple of White Bison pelts you can trade them to be crafted into The Ghost Bison set, comprised of a unique hat and coat. Similarly, a pelt from the Legendary Tatanka Bison can be traded to Gus Macmillan, who will fashion it into a dual hood and coat piece for you. You may also craft the Bison Horn Talisman from a Legendary Bison Horn. So now that you know how to make the most of your hunt, here are the locations to find the Legendary White Bison and Legendary Tatanka Bison. 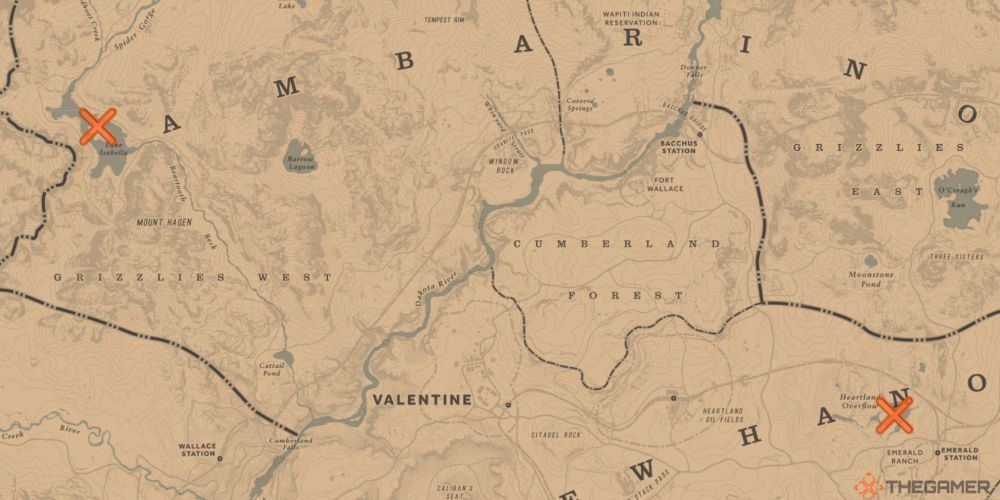 The Legendary White Bison is indigenous to Ambarino, its white fur disappearing seamlessly into the snowy landscape which surrounds it. Poachers have had the best luck hunting this majestic creature around the crystal waters of Lake Isabella in the Grizzlies West. The White Bison has been spotted most often along the lake's northern shores.

Perfect pelts are guaranteed with legendary kills, so there's no need to choose a hunting weapon based on preserving the hide. However, as you're probably aware, bison are massive animals built like brick houses that live by a fight or flight survival code. Naturally, this means you'll have to be quick and precise with your aim in order to catch one. This makes any long-scope rifle a smart choice. Bowmasters can also try taking them out with a few well-placed shots using Improved Arrows.

Like the White Bison, Tatanka Bisons are harder to fall than most beasts you'll encounter in Red Dead Online. As herd animals, they are notoriously flighty, so after landing that first shot, you'll need a weapon that can quickly follow up with a succession of penetrating blows. Tatankas are also more particular about when they choose to roam about. Daylight hours, primarily between 9:00 am and 6:00 pm, seem to be when the Tatanka Bison is most active. However, it's not the sun they're keen on as they are seen about more commonly on dreary days.