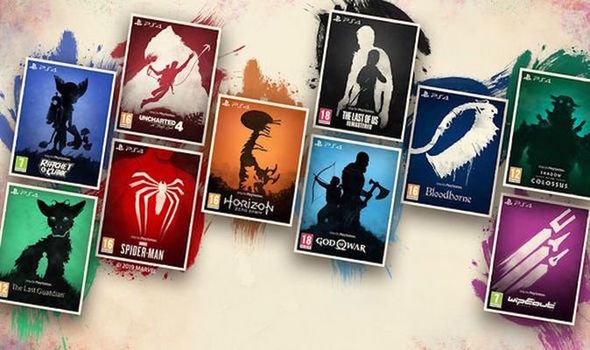 Sony’s PlayStation 4 is six years old next month, but you wouldn’t have thought it. The console has absolutely run away with this generation, easily overshadowing Microsoft’s Xbox One.

A huge part of that success is down to exclusive games, of which the PlayStation 4 offers both quality and quantity. In order to celebrate these blockbuster exclusives, Sony recently released a slew of new cover art for some of the generation’s biggest titles.

Available exclusively at GAME in the UK, the ‘Only On PlayStation’ range features everything from Bloodborne and God of War, to Uncharted 4 and Horizon Zero Dawn.

If you’ve missed out on some of the best games released since 2013, you’re in luck, because GAME is offering significant discounts on several of the “Only On PlayStation” titles.

In fact, we’re tempted to re-buy them just for the artwork! Check out the deals below…

Unfortunately, while not discounted, the equally excellent Shadow of the Colossus, The Last Guardian and WipEout Omega Collection are also available with swish new artwork for £29.99 each.

Of course, there’s plenty more to come from the PlayStation 4 and PlayStation 4 Pro. This November, Hideo Kojima’s baffling adventure Death Stranding launches, while The Last of Us Part 2 is due in February.

Then there’s Ghost of Tsushima, which looks every bit as good as Sucker Punch’s previous game Infamous: Second Son.

PlayStation 5 is confirmed to be targeting a holiday 2020 release, and we can’t wait to see if any of these high-profile exclusives will be receiving a sequel.

With confirmation of the new console’s controller offering haptic feedback, and with specific mention of drawing back the string on a bow, we’d be very surprised if a Horizon: Zero Dawn sequel isn’t one of the first big titles to launch on PS5.