PS1 Hagrid has made an unexpected return to the mainstream in 2020, and now that return encompasses t-shirts sporting his vacant stare.

Technology has come so far over the course of the past three decades that unless we stop and compare, most of us will probably take that for granted. Anyone over the age of 20 should take a second the next time a web page doesn’t load instantly and recall a time not so long ago when you couldn’t even use the internet if your mom wanted to make a phone call at the same time.

It’s equally as mind-boggling to compare video games of the 1990s and early 2000s to what is being offered up now. Tear a ten-year-old living in 1998 away from their PS1 and show them Fortnite and it would likely blow their mind. Above all, the graphics have improved so much that it feels as if 100 years have passed, not just 20. Take a look at this fan-made PS1 Death Stranding trailer for up-to-date evidence of that.

A stark reminder of the graphics gamers thought weres impressive back then has returned with a vengeance in 2020. PS1 Hagrid who made his video game debut in Harry Potter and the Philosopher’s Stone. The poor NPC’s polygonal make-up is so bad that he looks like he might actually be in physical pain. Nevertheless, those who remember him have turned PS1 Hagrid into a meme and introduced him to a whole new generation of gamers. 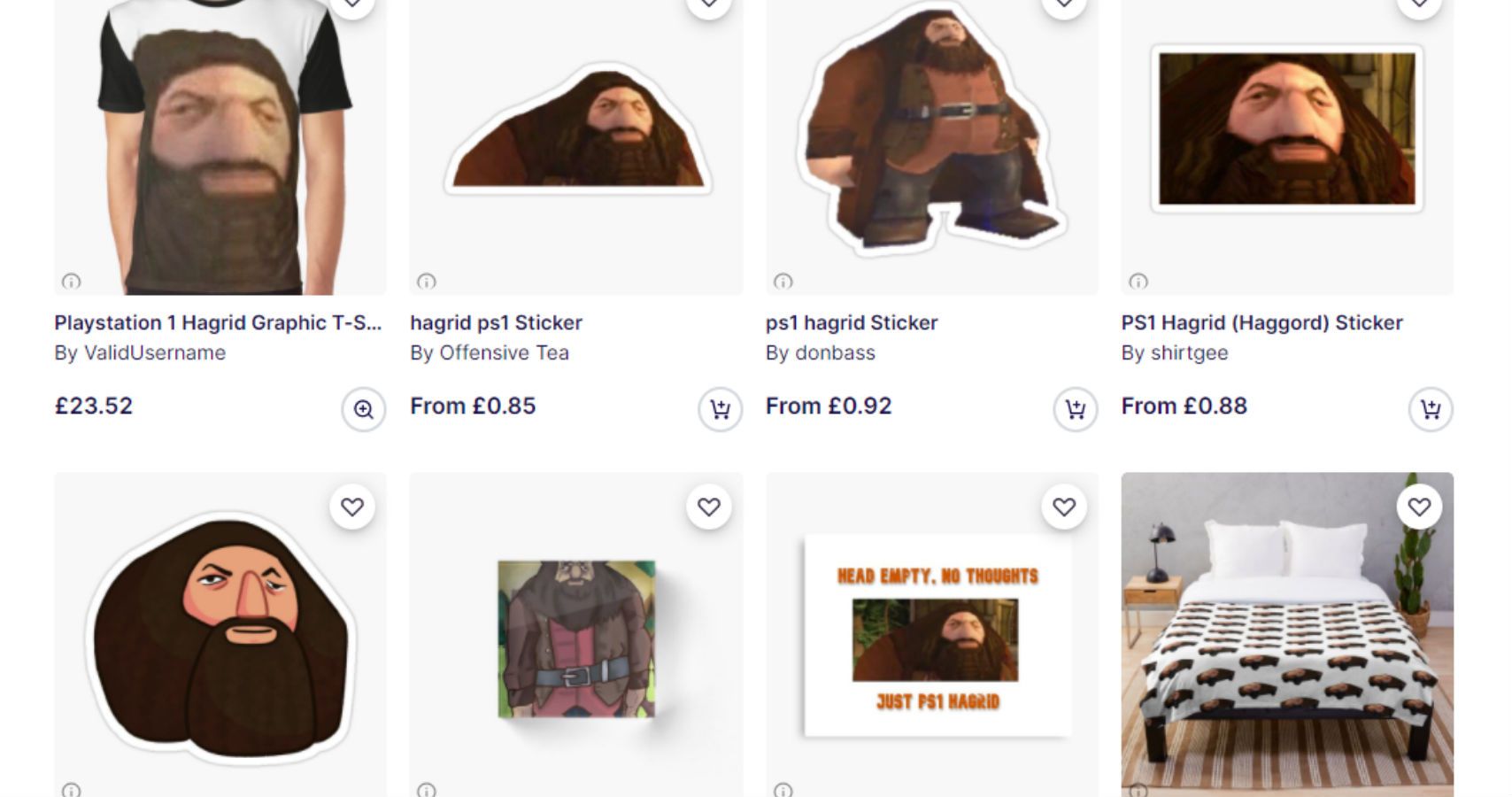 Not just via amusing tweets and viral posts, but also through unofficial merch. Fans of PS1 Hagrid can head to RedBubble where they will find t-shirts, stickers, even throw pillows sporting the NPC’s face. Perhaps the weirdest item of all is a phone case on which PS1 Hagrid’s likeness has been morphed into a Tesla Cybertruck. They are both made up of roughly the same number of polygons, we guess.

2020 has been a pretty dreary year thus far, and many of us living in it might feel a little like PS1 Hagrid right about now. Trapped in a world in which we have little use and cannot escape. That’s at least our assumption as to why PS1 Hargrid has returned to the fray in 2020. As for paying money for the merch, since it’s unofficial, none of it will be going to J. K. Rowling which will likely be music to the ears of many Harry Potter fans. Warner Bros. continues to try and distance itself from the author following the reveal of Hogwarts Legacy.