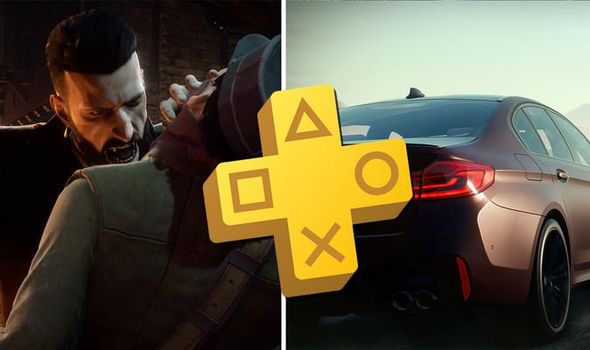 Sony is getting ready to release the PS Plus October 2020 free PS4 games.

The next batch of free PS4 games have an October 6 release date, exclusively for PlayStation Plus subscribers.

The games will be available to download at some point in the morning, usually before midday.

With this in mind, consider this your last chance warning to download the September 2020 free PS4 games, which include Street Fighter 5 and PlayerUnknown’s Battlegrounds.

As for the October 2020 free PS4 games, subscribers will be able to download third-person horror game Vampyr, as well as EA racing game Need for Speed Payback.

It’s not exactly a vintage month for PS Plus subscribers, with Vampyr scoring 70% on Metacritic, and Need for Speed Payback just 61%.

Following on from previous Halloween offerings like The Last of Us Remastered, Friday the 13th and Amnesia, Vampyr is a supernatural third-person adventure game set in 1918.

“London, 1918. You are newly-turned Vampyr Dr. Jonathan Reid. As a doctor, you must find a cure to save the city’s flu-ravaged citizens. As a Vampyr, you are cursed to feed on those you vowed to heal.

“Will you embrace the monster within? Survive and fight against Vampyr hunters, undead skals, and other supernatural creatures. Use your unholy powers to manipulate and delve into the lives of those around you, to decide who will be your next victim. Struggle to live with your decisions… your actions will save or doom London.”

Need for Speed Payback, on the other hand, takes place in the fictional location of Fortune Valley, where racing fans are tasked with taking down the local cartel.

“Set in the underworld of Fortune Valley, you and your crew were divided by betrayal and reunited by revenge to take down The House, a nefarious cartel that rules the city’s casinos, criminals and cops.

“In this corrupt gambler’s paradise, the stakes are high and The House always wins. Play a varied and challenging world of events as Tyler the Racer, Mac the Showman and Jess the Wheelman. Each driver must take on races, missions and challenges to earn the respect of the Valley’s underground and compete in the ultimate race to finally take down The House.”

If you want to download the free PS Plus games for September and October, then you might want to take advantage of one of the many deals available online.

ShopTo, for example, is currently selling a 12-month PlayStation Plus membership for just £39.85. That’s a saving of 20%.

As a digital membership, the PS Plus subscription will be delivered immediately, which means you can use it to nab the September and October free PS4 games.

If you don’t want to sign up for an entire year, then ShopTo is also selling three-month memberships at a discounted price.

The UK retailer is offering fans the chance to purchase a three-month membership for the reduced price of £16.85.

As a last resort, you could always sign up for a month, which costs £6.99 on the PlayStation Store.