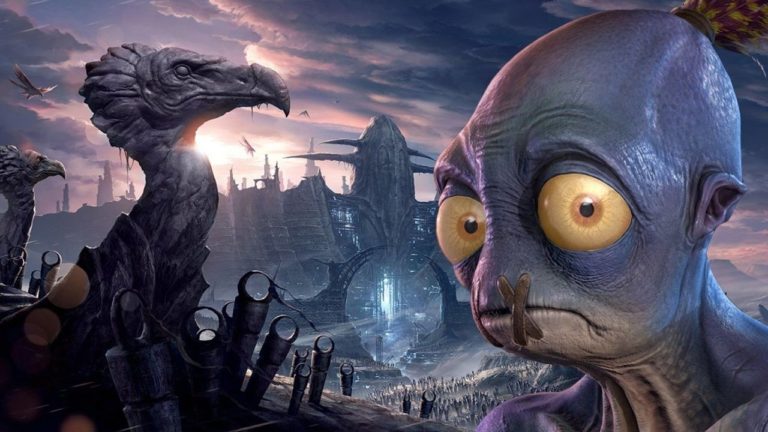 Lorne Lanning, director of Oddworld: Soulstorm, believes the game lost sales because it launched early on PlayStation Plus.

While Sony’s PlayStation Plus service offers free games every month, it rarely ever includes games that have just launched. Sony has even explained why it won’t follow Microsoft’s example and add first party exclusives to PS Plus.

There have been exceptions, however. Last year’s Oddworld: Soulstorm, while not exclusive to the platform, did launch first on PlayStation (and PC) and was made available for free for PS Plus subscribers the same month it launched.

Director and series creator Lorne Lanning has now shared some behind-the-scenes details regarding its release. What’s more, he’s called the decision to put the game on PS Plus ‘devastating’ for its sales.

In a recent interview on the Xbox Expansion Pass podcast, Lanning was asked for his thoughts on services like PS Plus and Xbox Game Pass. He describes them as a ‘double-edged sword’ before sharing his experiences with Oddworld: Soulstorm’s launch.

He explains that, while hesitant, he accepted Sony’s deal to put the game on PS Plus, with Sony in turn helping to finance Oddworld: Soulstorm’s development, which was struggling.

‘We needed the money to complete the project and we thought we did a pretty good deal. The most we could sell is less than the money we could get,’ says Lanning.

The plan was to release the game in January 2021, with its PS Plus release to follow in April. Then the coronavirus happened and Oddworld: Soulstorm was delayed to April, with the PS Plus deal still in place.

Lanning claims that Oddworld: Soulstorm was one of the most downloaded PlayStation 5 games of that month, exceeding expectations. While this does mean more people played the game than anticipated, Lanning isn’t thrilled that they did so for free.

‘It was, I think, approaching… close to four million units or something like that. For free. Because they were all subscriptions,’ he says. ‘So, for us, it was devastating.’

He does acknowledge that this was simply poor timing and that ‘no one did a dirty deed.’ As industry analyst Piers Harding-Rolls adds on Twitter, the situation simply underlines the risks of launching a game on subscription services.

Oddworld: Soulstorm released for Xbox One and Xbox Series X/S several months later in November 2021, so it’s entirely possible it recouped sales there. However, there are currently no hard sales figures for the game, so it’s impossible to know for sure.

However, this does underline the difficulty of making a decision about inclusion at launch for games content subscription services

It is a double-edge sword. Guaranteed income with smaller upside, versus instability/risk and potential for larger returns