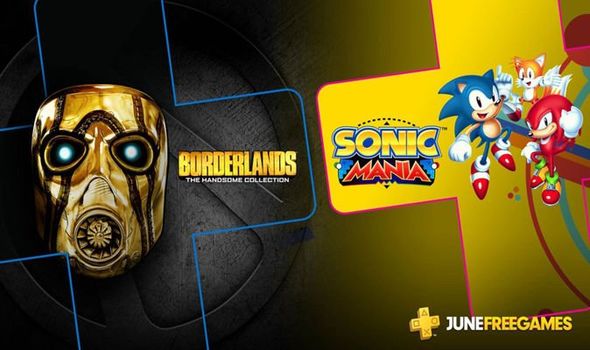 Today saw the official announcement of the PS Plus free games lineup for June 2019.

Sony has announced that Borderlands: The Handsome Collection will be available to download next month at no extra charge.

This will be released on June 4 alongside Sonic Mania, another smash-hit title that will no doubt please PS4 gamers.

The Handsome Collection includes all DLC for both Borderlands 2 and Borderlands: The Pre-Sequel, as well as enhanced local multiplayer and remastered visuals.

The only surprising downside to both of these titles being released in June is that some gamers are confirming they recently bought the Handsome Collection, ahead of the Borderlands 3 release.

Another big bonus for long-term fans is that if you played these same games on the PS3, your save would carry over so you can pick up where you left off.

And for those fans who might have missed it, the Handsome Jack Collection recently received a free upgrade, courtesy of GearBox.

A new Ultra HD can be downloaded from the PlayStation Store at no extra and includes upgraded visuals, which increase the fidelity of game textures including characters, vehicles, weapons, and environments; they’re best enjoyed on 4K displays, but also offer some improvements at lower resolutions.

The new lineup of free PS Plus games for June 2019 is great news for fans and aren’t the only bonuses being lined up.

That’s because PlayStation are bringing back their Days of Play, which will run for 11 days and feature new deals to enjoy.

Most of these include hardware discounts at retailers, with Sony confirmining in a recent blogpost: “This annual global promotion celebrates the passionate PlayStation community, with a huge thank you from us for all of your support this past year.

“Because of you, PlayStation continues to be the Best Place to Play, while driving success for games like God of War and Marvel’s Spider-Man.

“From 7th – 17th June, you can find awesome deals on hardware, PlayStation accessories and a bunch of PlayStation 4 exclusive games at participating retailers while supplies last.”

But interestingly enough, Sony has also confirmed that they will be running Days of Play promotions on the PlayStation Store as well.

The company hasn’t revealed a set list of games that will be included, only that awesome deals on blockbuster games, PlayStation Plus and PlayStation Now, will be featured.

These new deals are expected to go live next week, just after the latest PS Plus games for June 2019 have been released.

It should also be noted that until these new games are made available on June 4, the current May titles can be downloaded.

This includes Overcooked and What Remains of Edith Finch, both of which can be found on the PlayStation Store, under the PS Plus section.