There’s really no getting around the Ace Combat comparison for Project Wingman, so we’re not even going to try and deny it. The influences of Ace Combat, and particularly Ace Combat 7, seem to be readily apparent in Project Wingman.

And let’s also be clear: that’s not a bad thing. Far from it! Ace Combat 7 is the most successful Ace Combat game to date, with millions of fans around the world who would be clamoring for more if Bandai Namco could just find it in their hearts to make more of the series.

Enter Sector D2, a tiny team of just three indie developers that decided to give Ace Combat fans more of exactly what they wanted. Project Wingman is an action flight game that’s less of a simulator and more of an arcade shooter with extra flight dynamics. 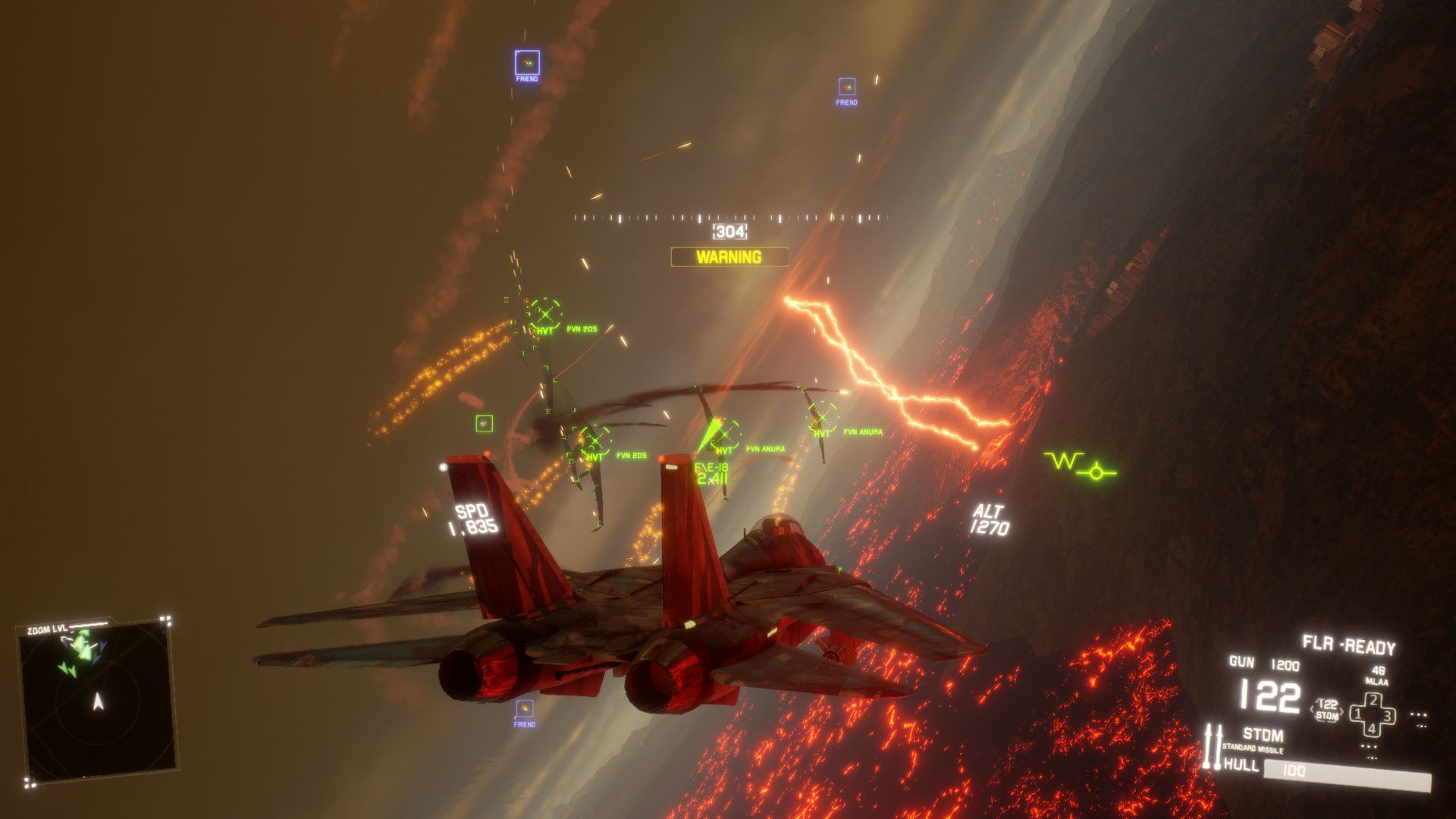 The game got successfully Kickstarted back in 2018 with backers putting up $114 Australian dollars (roughly $83,000 USD), which allowed lead dev Abi Rahmani to start hiring a music composer and a team of voice actors to faithfully recreate the Ace Combat experience in Project Wingman. That means lots of bangin’ music and constant radio chatter as you go about firing dozens of missiles into swarms of enemy fighters.

As a single-player only game, Project Wingman will feature a lengthy campaign with plenty of bosses to destroy, like giant flying fortresses, railguns, and aircraft carriers. You’ll be able to choose from 40-different weapons, although each aircraft will come equipped with a machine gun and missiles as standard.

Originally planned to release in the summer of 2020, the game was pushed back to early 2021 during June’s PC Gamer showcase. However, it looks like development was proceeding faster than anticipated, and now Sector D2 has decided to move Project Wingman’s release date to December 1, 2020, on Steam and the Humble Games Store.