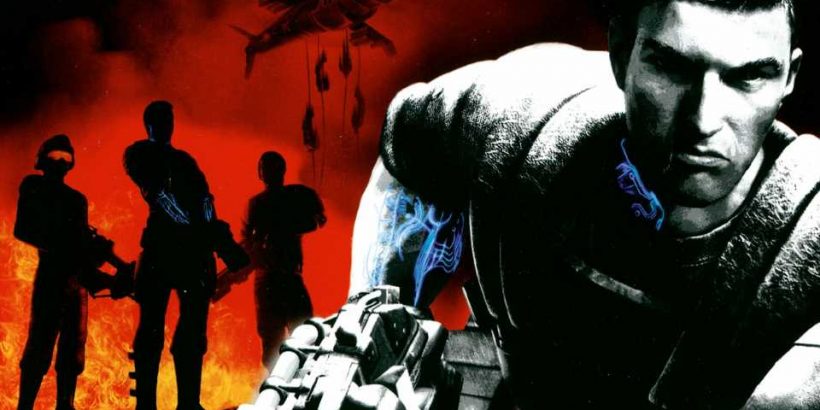 In an April 2004 financial report, Eidos revealed to investors that "a new Deus Ex action game" had begun production. This combat-focused spin-off, tentatively titled Deus Ex: Clan Wars, was to be developed by Crystal Dynamics, while Ion Storm—the studio behind the original game and its poorly received sequel—would oversee the project. Eidos was looking for ways to broaden the appeal of the Deus Ex IP, and Clan Wars, which prioritised guns and action over the series' trademark cerebral role-playing, seemed like the perfect way to do it. Set between Deus Ex and Invisible War, the game would have starred a character named Dixon Denton—presumably a relation or clone of original hero JC Denton. But little over a month later, Eidos changed its plans.

In May, Eidos brought a game called Snowblind to E3. This tactical squad-based shooter was set in a dark, dystopian future and featured a special ops commando packing an arsenal of high-tech weaponry and nano-augmentations that granted him superhuman abilities. It didn't take long for people to figure out that Snowblind was, in fact, Clan Wars, the game Eidos teased in April. For reasons that have never been fully revealed, the publisher decided to distance this new project from Deus Ex entirely. A strange choice given that Invisible War, despite bad reviews, sold over a million copies. According to an anonymous source quoted in a Gamespot report from June 17, 2004, "Snowblind did begin as Clan Wars, but then it began to take a direction of its own." 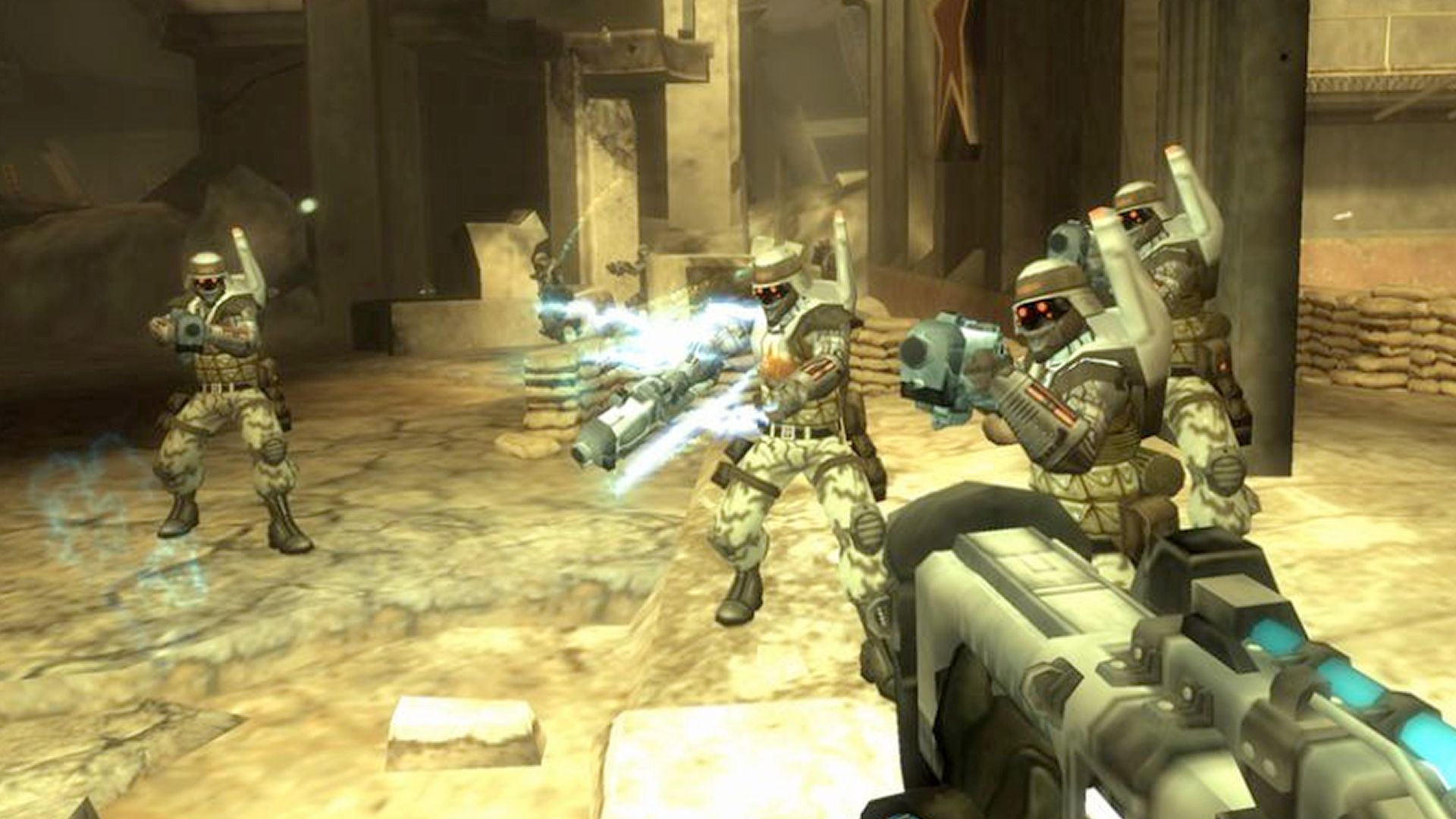 In December, 2004, Gamespot interviewed Zak McClendon, a designer on Project Snowblind—the final name Eidos settled on for the project. "Warren Spector (director of the original Deus Ex) and Ion Storm were amazingly helpful at an early point in the project," he said when quizzed about the game's origins as a spin-off. "Much of their help and inspiration can still be seen in a huge number of weapons, abilities and gadgets, and in the multiple ways players can meet the game's challenges." The name might have been hastily painted over, but Ion Storm still managed to infuse Project Snowblind with some of that Deus Ex magic. Overall, however, it was a very different game, with large battles inspired, according to McClendon, by Saving Private Ryan.

Project Snowblind launched on PS2 and Xbox in February the following year. Dixon Denton was replaced with Nathan Frost, a soldier on a mission to prevent a terrorist group from detonating EMP bombs in major cities around the globe. It's a largely linear game and heavily skewed towards combat, but that Deus Ex DNA makes it a little cleverer than other shooters from the era.Frost can hack turrets and security cameras, use cloaking tech to turn invisible, slow down time, and zap enemies with electricity. The levels also have multiple infiltration points, reminiscent of Deus Ex's open-ended sandboxes—albeit on a much smaller scale. Taking Ion Storm's freeform design and mutating it into a more straightforward FPS was a tough job, but Crystal Dynamics nailed it. 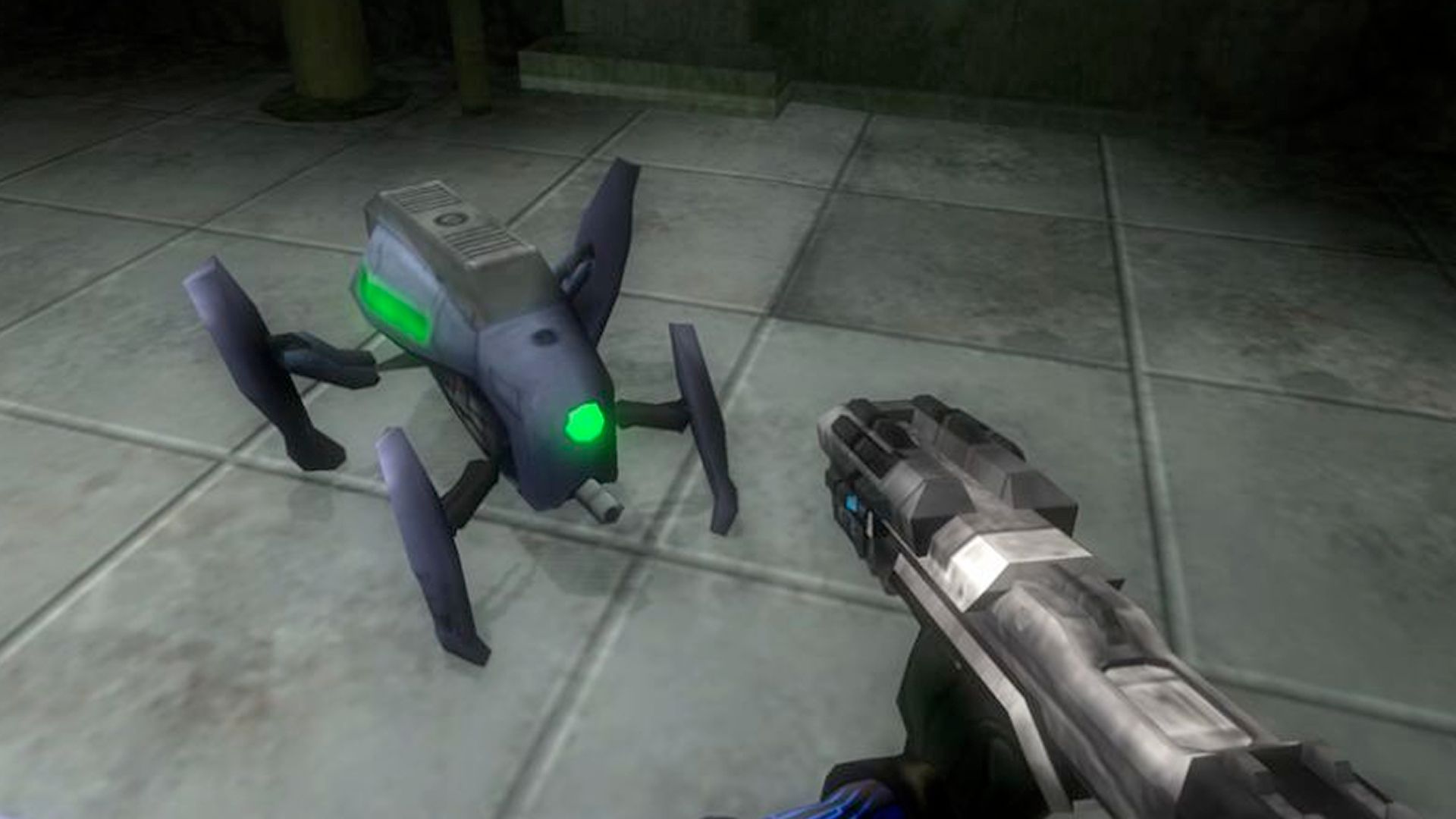 Project Snowblind has been largely forgotten about, which is a shame because it's quietly one of the best shooters of the PS2 era. It reviewed well, with 8/10s across the board, but ultimately failed to make much of an impact. No follow-up was ever revealed or even hinted at. It makes me wonder what would have happened if Eidos stuck to its original plan and the game was released as Deus Ex: Clan Wars, and was more directly connected to that series. It might not have helped, because the Deus Ex name was cursed after Invisible War's negative reception. Either way, I admire Crystal Dynamics for trying to make a deeper, smarter FPS. Project Snowblind might have faded into obscurity, but it remains one of the studio's most interesting, ambitious games.