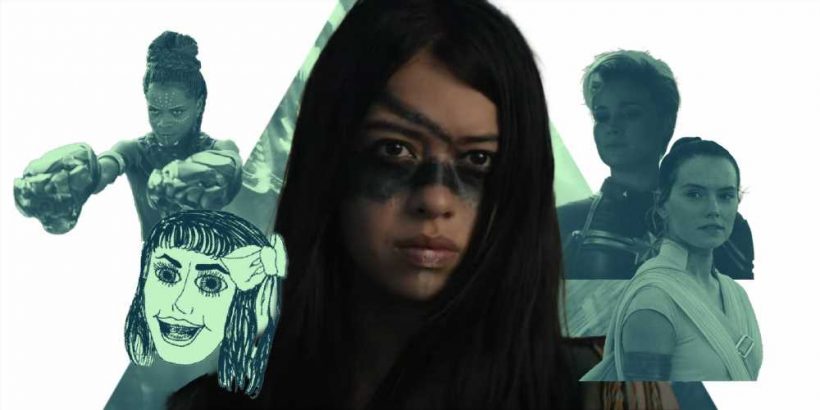 Prey, Hulu's new Predator prequel, has been subject to all the usual criticisms leveled against mainstream action movies with a female lead. Most saliently, its protagonist Naru — a Comanche woman who seeks to prove herself as a hunter by killing the extraterrestrial baddy stalking the Great Plains of 1719 — has been accused of being a ‘Mary Sue’.

If you’ve spent any amount of time on nerd-dominated corners of the internet in the last decade, it shouldn’t be surprising that the scarlet letter which has been applied to previous action heroines like Brie Larson’s Captain Marvel, Daisy Ridley’s Rey, and Maisie Williams’ Arya Stark, would also be applied to the female lead in a big new action movie. What may be surprising is how fundamentally incapable online neckbeards are of learning the definition of the term they’re hurling, and, more generally, understanding the basics of storytelling.

To borrow a phrase from noted Rey critic, screenwriter, and accused rapist Max Landis, a Mary Sue is a character who is “too good at stuff.” The term has a complicated history, though, as it was initially coined by two women, Paula Smith and Sharon Ferraro, editors of the Star Trek fanzine Menagerie in the ‘70s. Smith and Ferraro used the term to describe a kind of too-perfect self-insert character that they frequently saw in their submissions. Given that Star Trek’s fan base skewed female, so did these protagonists. In response, Smith authored a parody story for the zine’s second issue starring a character called Mary Sue who epitomized the trope’s most common traits.

But, as time went by, the term was weaponized against the mere existence of strong female characters. 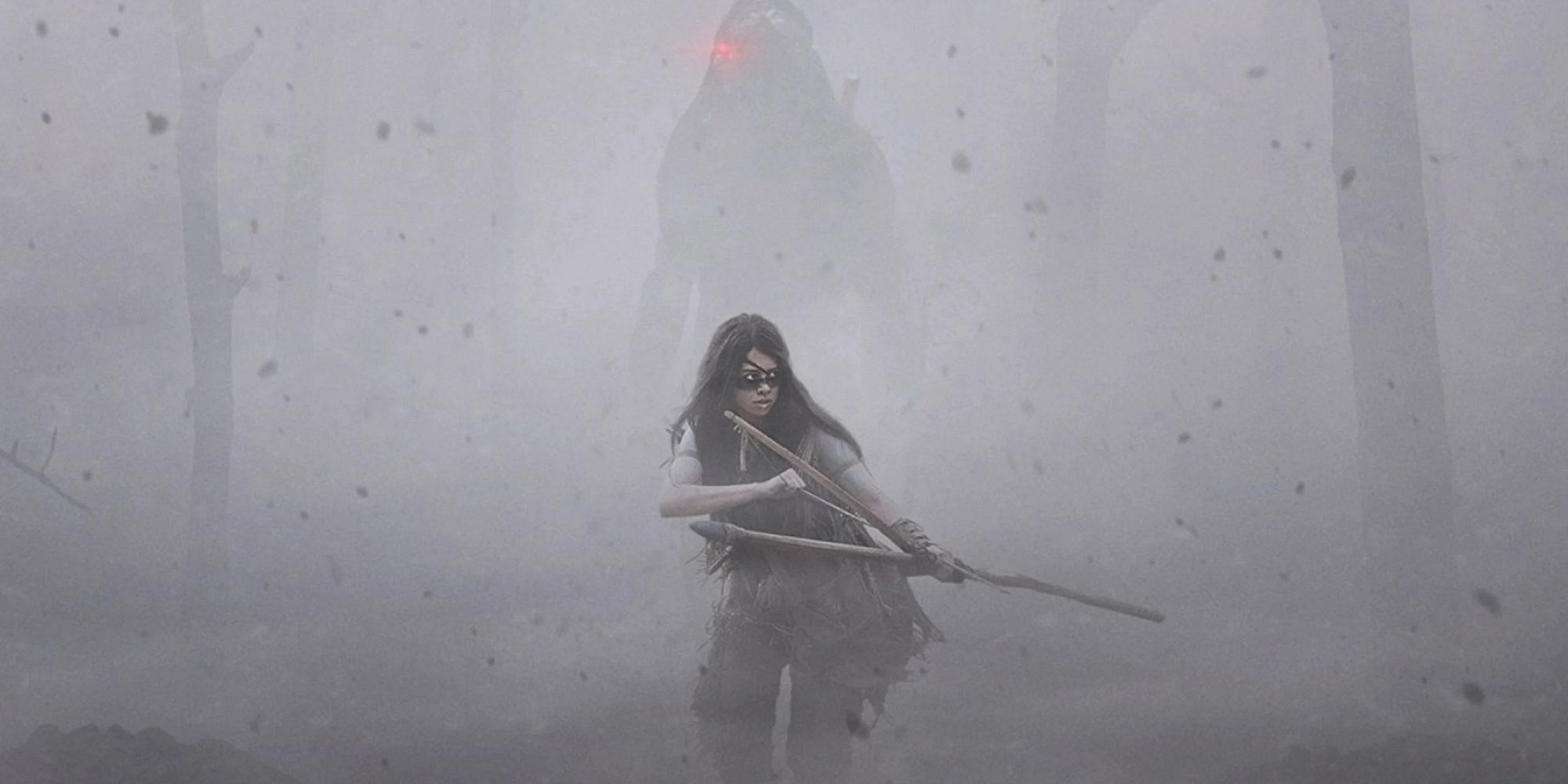 “There were the people who would say anytime there was a female protagonist that’s a Mary Sue," Smith told Smithsonian Magazine in 2019. “It just developed in all sorts of ways."

In a post-GamerGate world, where the mere presence of BIPOC or queer characters prompts nebulous accusations of “wokeness,” it’s unsurprising that the term Mary Sue has been misapplied to any female character in fantasy and science fiction. But, to set the record straight on Prey, specifically, let’s walk through just how deeply the term has been misapplied in Naru’s case.

Played by Amber Midthunder, Naru begins the movie being decidedly not “too good at stuff.” Her mother discourages her from pursuing hunting in favor of the tasks, like healing, which she is already skilled at. When she joins her brother, Taabe, and the tribe’s other men on a hunt, one of them jokes, “We won’t be gone long enough to need a cook.” Societal pressure notwithstanding, Naru isn’t a natural hunter. She has trouble catching rabbits early in the film, and gets knocked unconscious during an encounter with a mountain lion, which she only survives with Taabe’s help. When she spots a bear in a stream below her, she is incapable of bringing it down and is only spared by her dog distracting it and, later, by the Predator emerging to rip it to bloody ribbons. If there was a name for a character who was “too bad at stuff” that would be more fitting for Naru. 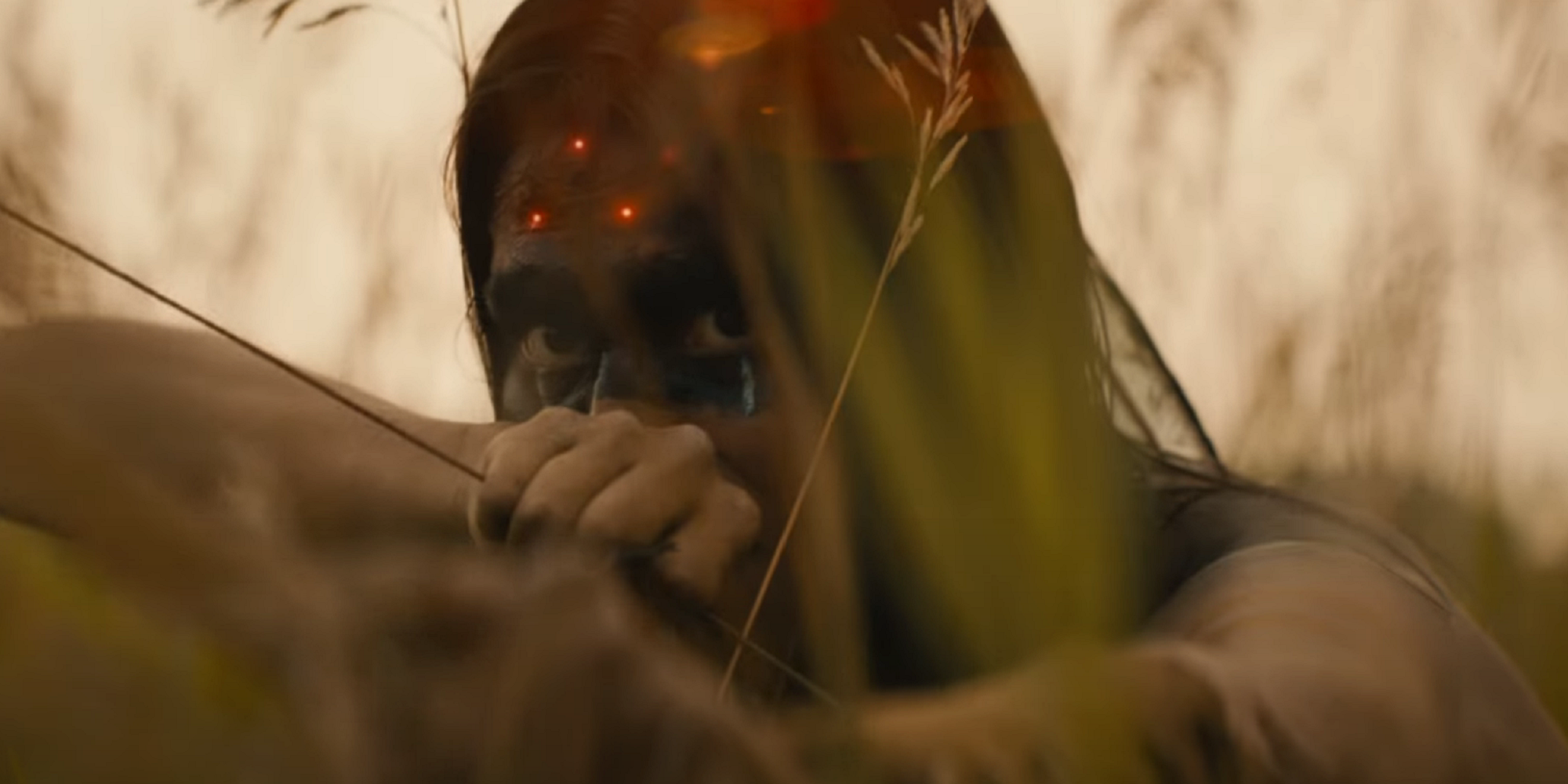 Turns out, there is a name for a character like that: an underdog. It's the character archetype that audiences love in films as diverse as Rocky, Star Wars, and the original Predator, and have loved at least since David toppled Goliath. Like Rocky, Naru struggles at the beginning of the movie, but her humility and determination prove to be more valuable assets than brute strength. The Predator rips through all of the tribe’s men, in part, because they arrogantly believe they can handle anything the wilderness throws at them. Naru knows that she can’t, so she relies on strategy and the power of observation.

And, in the end, she triumphs over the Predator because she realizes that it, like everyone else, doesn’t believe she’s a threat. As it ignores her in favor of the stronger hunters, Naru learns the Predator’s ways – she sees its helmet, its blaster, its wrist cuff in action, and this knowledge later helps her survive. She weaponizes the Predator’s refusal to acknowledge her, using its obliviousness to her presence to catch it unaware and steal its mask. She likely couldn’t take this intergalactic warrior down with any earthbound technology, but the Predator’s assumption that she isn't dangerous allows her to get her hands on a weapon that can.

Naru struggles, overcomes adversity, and learns to weaponize her own particular strengths and weaknesses. That’s what an underdog does, and it’s why audiences (including the massive one which gave Prey Hulu's largest ever premiere) root for them. If you can’t root for the underdog because she’s a Native American woman, it says much more about you than her.