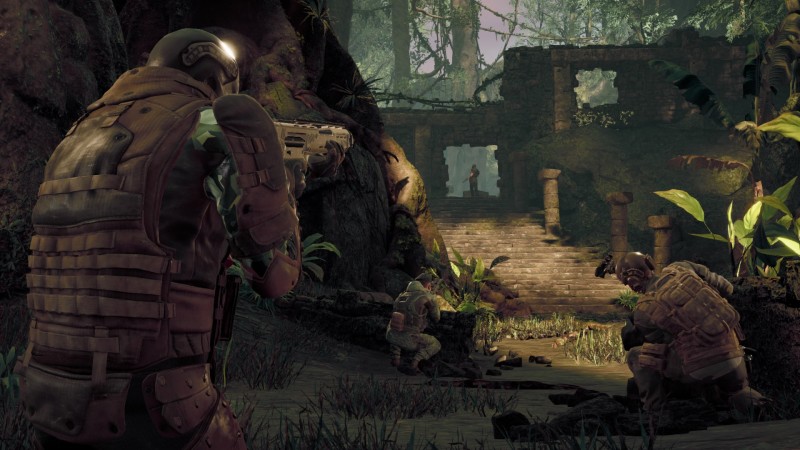 During today’s State of Play show, Sony revealed a new game from Worldwide Studios, the PlayStation’s publishing arm. Those who have been hoping for a game that lets them live out their fantasies of becoming the Predator, the universe’s apex hunter, might finally be in luck with Predator: Hunting Grounds, coming from developer illfonic.

You can see the first teaser trailer for the game below.

The short trailer just shows a group of soldiers pacing around a jungle when an invisible creature, obviously a Predator, standing on a tree above them. During the State of Play itself, the narration afterward explained that the title is an asymmetric multiplayer shooter, implying something similar to Evolve or Dead by Daylight where one player takes control of the stronger unit while every other player is a weaker but more numerous unit, like the soldier.

On the PlayStation Blog, illFonic gave a few more details beyond what was in the video, confirming that idea.

“One group of players will control members of an elite Fireteam who pack state-of-the-art conventional firepower, from shotguns and SMGs to sniper rifles and more,” the blog reads. “Meanwhile, one player will control the Predator: a stealthy, acrobatic killing machine bristling with exotic alien technology such as the infamous Plasmacaster. As the Fireteam attempt to carry out paramilitary missions – annihilating bad guys and recovering important items – the Predator will be closing in, using its advanced vision mode to track and ambush its prey.”

Predatory: Hunting Grounds will release on PlayStation 4 in 2020.