AMD designed its Ryzen 3000 processors to milk out every possible ounce of performance, leaving very little room for enthusiasts to push the pedal even closer to the metal. That’s the key takeaway from Case King and Silicon Lottery listings for pre-binned chips with guaranteed all-core overclocking headroom.

Both sites validate their chips in-house and then sell them at a premium for their guaranteed minimum overclocking potential, so the faster the chip, the more you pay. The Case King offerings are tested by renowned overclocker Roman “der8auer” Hartung, as Anandtech points out. Most of the available chips have already been gobbled up, but the listings themselves provide deeper insight into AMD’s strategy.

Ryzen 3000 CPUs kick ass, as proven in our comprehensive Ryzen 7 3900X review. AMD has finally topped Intel by being first to the 7nm manufacturing process while also delivering huge IPC and boost clock speed gains compared to previous Ryzen generations. A thorough investigation by Tom’s Hardware revealed that AMD segregates the cores in Ryzen 3000 processors; in its chip, only a single core could hit the maximum rated boost clock, with others being slower to varying degrees. Intel processors and previous-gen Ryzen CPUs could hit top-rated speeds on all cores.

AMD bolsters Ryzen’s performance using intelligent, opportunistic features such as Precision Boost 2, Precision Boost Overdrive, XFR, AutoOC, and Windows Scheduler optimizations to put the hardest loads on the most capable cores and push frequencies higher until the chips bump into thermal or power limits, so the slower cores don’t really drag overall performance down. That being said, Tom’s Hardware theorized that the new-look binning strategy “cores could be a contributing factor to low overclock ceilings with Ryzen 3000 processors. Ryzen 3000 series processors hit all-core overclocks 200-300MHz below the single-core boost frequency.”

Take the monstrous 12-core, 24-thread Ryzen 7 3900X. AMD specifies it as having a base clock of 3.8GHz, and a maximum boost clock of 4.6GHz. According to Silicon Lottery’s stats, every single 3900X it tested can hit an all-core overclock of 4.0GHz. Bump that up to 4.05GHz and 87 percent pass, and just 68 percent manage to hit 4.1GHz on all cores. From there, the survival rate drops precipitously, with just 35 percent of 3900X samples able to crack 4.15GHz, and a mere six percent hitting an all-core overclock of 4.2GHz. 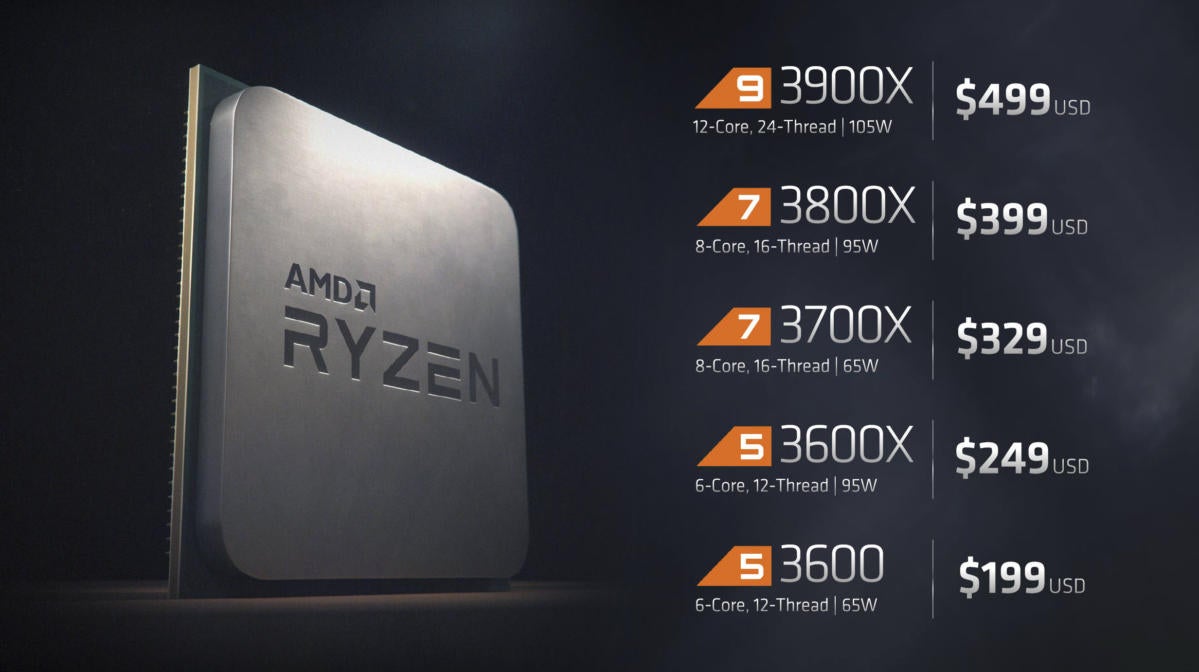 At Case King, der8auer managed to get a few samples to 4.25GHz and 4.3GHz, but that site doesn’t list survivor rates like Silicon Lottery.

Both sites apply conservative voltage overclocks, so you may be able to push your own Ryzen 3000 chips a bit further, especially if you temper it with a beefy closed-loop liquid cooler. But it’s clear that AMD’s cutting-edge 7nm processors don’t offer enthusiasts the same fearsome overclocking potential as Intel’s Core i9-9900K, which can easily cross the 5GHz barrier on all cores. While that’ll earn groans from diehard PC tinkerers, it’s probably a good thing overall—everybody gets close to the maximum performance of their individual chips out of the box.

And unless you’re an overclocking competitor with containers full of liquid nitrogen, don’t let the minimal headroom sway you away from Ryzen 3000 processors. AMD’s flat-out awesome CPUs challenge Intel for the computing crown at every price point.