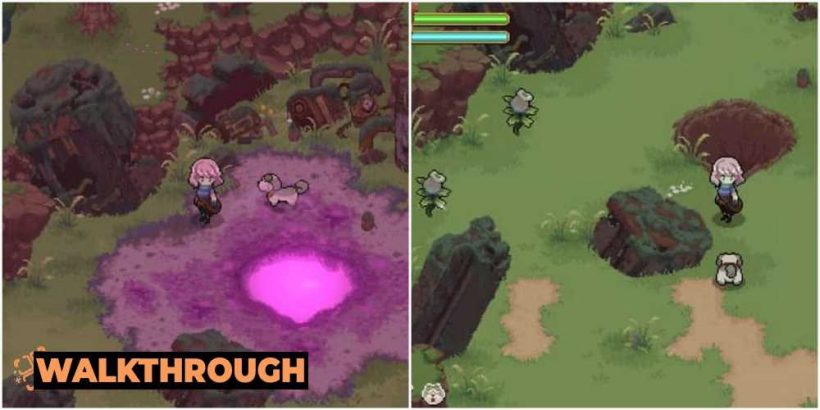 The story of Potion Permit is simple enough: you’re a chemist from the big city, moving to a small, quaint island to help heal what ails the quirky but loveable people living there. As you progress through the game, you’ll uncover new things that need to be unlocked in order to progress and expand the world of Moonbury.

One such thing is the bright purple glowing waste taking up space in the second half of Meadow Range. Documents littered around hint at a disaster, and it’s up to your chemist to piece together what happened, craft a solution, and implement it to rejuvenate the area again. Learn more about how to complete the quest Unknown Residue in this guide.

How To Start Unknown Residue And Find The Mess 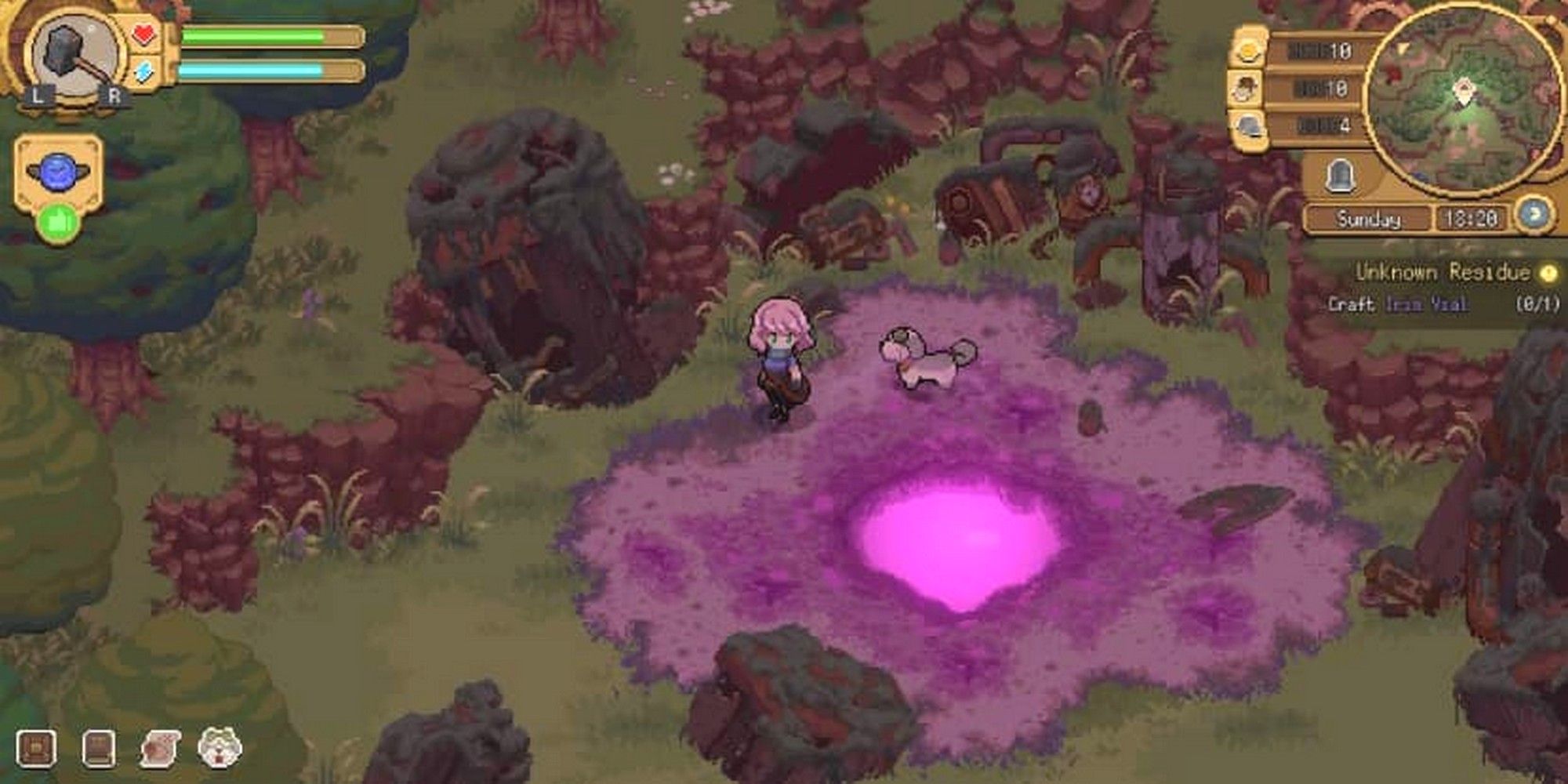 To begin this quest, you’ll need to have finished the Clearing the Landslide quest that unlocks the second half of Meadow Range. The area to begin Unknown Residue will be inaccessible before this quest is finished.

Once you’ve got all of Meadow Range at your disposal, head to the southern part of it by the entrance to the desert area you’ll unlock much later in the game. There’s a teleportation spot right by where the path turns to sand in the southernmost part of the map, and that’s where you’ll be starting from.

From the teleportation spot, head left for a few steps until you’re able to go north, and doing so will trigger a cutscene. Your chemist checks out the mess here for a moment before Forrest arrives to tell you everything he knows about what happened. What he knows is that something happened, and he says Myer would definitely know more about it. 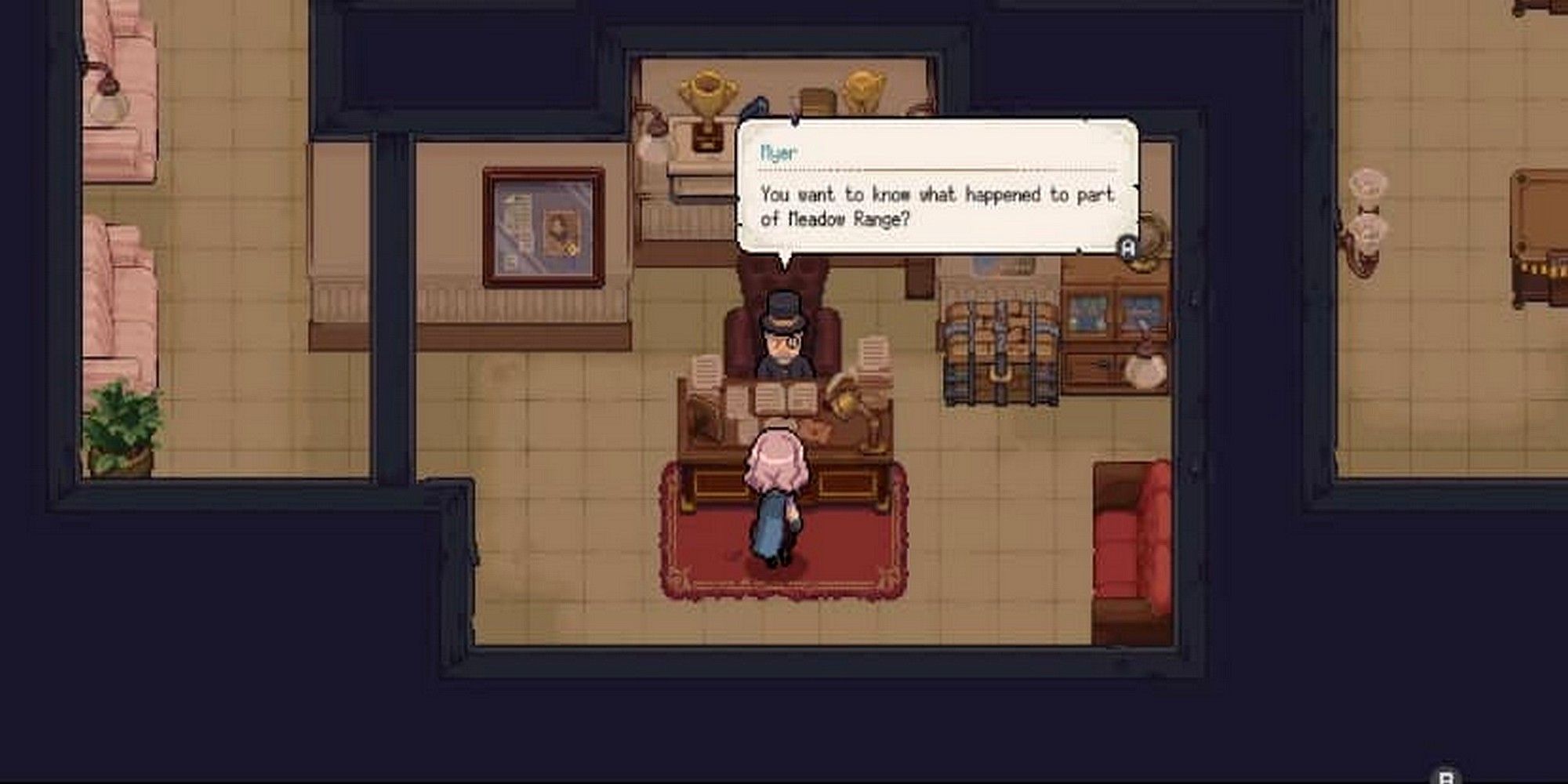 When you find Myer, he’ll take you to his office to discuss what’s going on, and you learn the real reason the town has been so against you so far – they made the mess you’re trying to clean up and ruined the plant life living in that area of Meadow Range.

He lets you check out his archives for the final piece of the puzzle you’ll need, which is a recipe for the solution to clear up the waste. The chemists who made the mess had been trying to clean it up but were chased out of town before they could by the upset townsfolk, but they were kind enough to leave you the recipe for the potion they’d have used if they were allowed to stay.

The potion is called Iris Vial, covering 16 total squares. Unless you’ve upgraded your cauldron by now, you need some very big pieces to cover 16 squares with only five ingredients.

The image above shows our solution to this puzzle:

Take the solution to Myer once you’re finished to trigger a cutscene of the two of you heading back out to the waste area with Forrest to spread your solution, and voila, it works! You’re now able to harvest the Rainbow Dew that’ll immediately begin growing here once the waste is gone, which has a superbly helpful four-square shape to it that’ll come in handy for potions more often than not.

Once this is all finished, head home and go to bed (after finishing your daily activities, of course). The following morning, you’ll wake up to a visit from Xiao who has Collin in tow, one of the chemists from the Capital. He’s come to give you the information you’ll need to begin your First Chemistry Test, and passing it opens up a whole new world in Potion Permit for you.