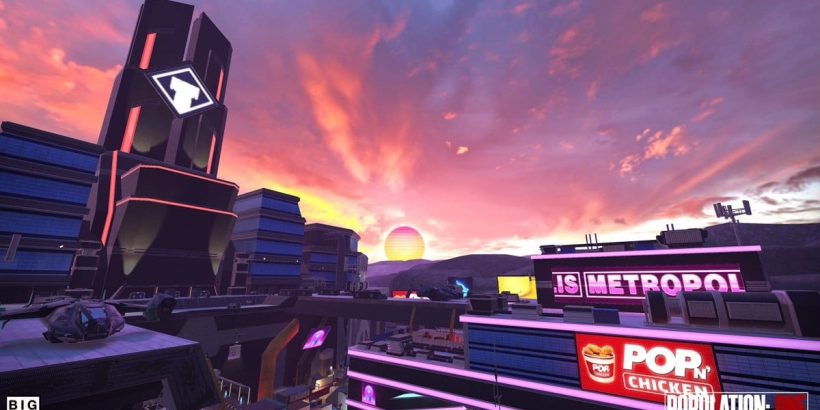 Hot off the back of wrapping up its first-ever Duos event, Population: One is teasing a new area for its map.

Yesterday developer Big Box tweeted a picture of what looks like a futuristic city. It features several buildings, airships resting on rooftops and a poster for chicken that’s definitely not a jab at any other fast-food brands. Theskyline also gets a neon tint.

There aren’t any details about when this new area of the map might roll out just yet. Don’t forget, though, that Pop: One’s new areas traditionally replace existing sections of the map just like in other battle royale games such as Fortnite, so this is likely to be an expansion of the overall surface area.

Big Box also just launches a new Laser Focus weapon skin bundle, which looks tonally appropriate for the new area, so it may be coming sooner rather than later.

What else would you like to see brought to Population: One with this new theme? Let us know in the comments below!