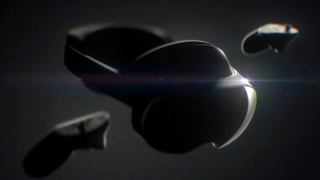 Ahead of Moss Book 2’s debut on PSVR later this month, developer Polyarc reflected on what future headset technology could mean for its series going forward.

Specifically, we rasked engineer and designer Joshua Stiksma what he thought the arrival of eye-tracking in Meta’s Project Cambria and Sony’s PSVR 2, as well as face-tracking in the former headset could mean for the future of the series.

“That tech specifically is amazing,” Stiksma said. “I’m really excited to see what everybody’s going to do with that kind of technology, but I think you kinda hit it there on what’s exciting for Polyarc. The ability to try to communicate with the character through a language we can all understand.”

In the Moss games, players embody the role of a supernatural being that partners up with a young mouse named Quill. You control Quill’s movements and actions with VR controllers, but you also interact with her directly by reaching into her world or waving to her. Polyarc is looking to expand the ways in which you can connect with the character in the sequel, but future hardware innovations could hold yet more advances in this field.

Currently PSVR 2 and Project Cambria don’t have official release dates, but the latter is coming this year and PSVR 2 will hopefully arrive by early 2023 at the latest. When both are out, VR developers will have two high-profile headsets with eye tracking implemented. You can keep up with everything we know about Cambria here and everything we know about PSVR 2 here.

“If you’re having a conversation with anybody at all, those are key things that make that conversation real,” Stiksma concluded. “And with us being able to connect in that way, it’s only gonna mean that we’re able to have our experiences feel more real. And I don’t want to downplay how tough that probably will be for us to implement and pull off because there’s probably going to be a fine line between, oh, this is just a quick reaction and then skirting over it too, “Wow this is a real person or a real character that I feel is real.”

We’ll have more on our interview with Polyarc this weekend, so stay tuned.