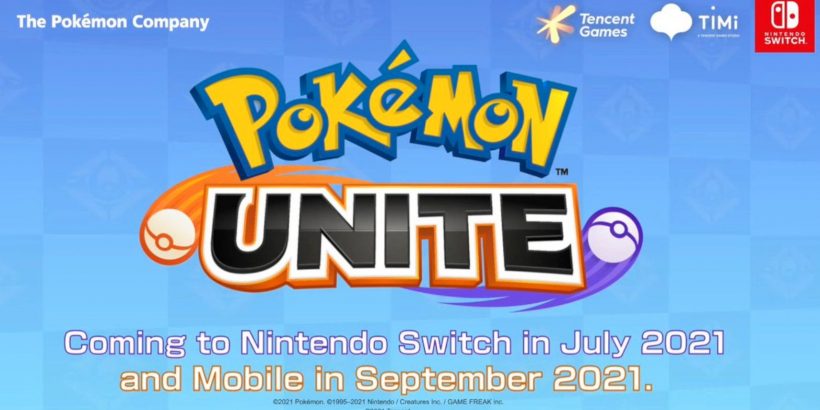 Nintendo’s new MOBA, Pokemon Unite, is set to launch on Switch in July, with a mobile version available to download from September. This news comes directly from a post on the official Pokemon Unite website. Nintendo seems to have forgotten it just had a Direct at E3, which surely would have been the perfect place for this news.

How you play is completely up to you, as Nintendo has promised they will have both cross-play and cross-progression, meaning you’re free to swap between whichever platform you want. Put your feet up and play on your sofa with the game coming out of your TV, or play on mobile while you’re on the move.

Unite is a MOBA, a multiplayer online battle arena. League of Legends and Dota are the most well known games in this genre. Pokemon’s iteration of the popular esports genre will feature two teams of five players, each controlling a Pokemon. You’ll have to defeat and catch wild Pokemon to level yours up, evolve, and unlock new moves., making them more viable in the fights against the opposing team.

The gameplay in the trailers seems to have a sort of basketball mechanic as well as the standard MOBA fighting. These are known as ‘control points’ and will allow you to score points for your team.

Unite would be ideal for Ash Ketchum, as type match-ups are completely absent. So, you won’t have an advantage as a Rock-type taking on a Flying-type, you’ll actually have to learn how to use all the different moves and abilities. This will give newcomers to the franchise an opportunity to play without having to memorise the rock-paper-scissors style combat of the main series games. The game is “free-to-start”, though there will probably be paid and unlockable cosmetic upgrades, as we’ve already seen an adorable Pirate Cinderace skin revealed due to a leak.

The future is very, very bright for Pokemon fans. With unite set for launch later this year, it will tide us over until the Brilliant Diamond and Shining Pearl generation 4 remakes set for a Switch launch on November 19. That should give us more than enough time to complete them and catch-’em-all before we go back in time to feudal Sinnoh in Legends: Arceus, dropping January 22, 2022.