There’s no denying that Brock is one of the most iconic and beloved characters in the history of the Pokémon series. From his hilarious moments with Misty in the show to his appearance as the very first gym leader in the games, Brock will always have a special place in Pokémon fans’ hearts.

The issue with those rugged Rock-types of his, however, is that they’re a real mixed bag. With their high defenses, they can be very tough to dispatch, but they can also be very easy to deal with as a result of their many weaknesses. It all depends on the situation. In honor of this fact, here are some of Brock’s best ever (and worst ever) Pokémon. 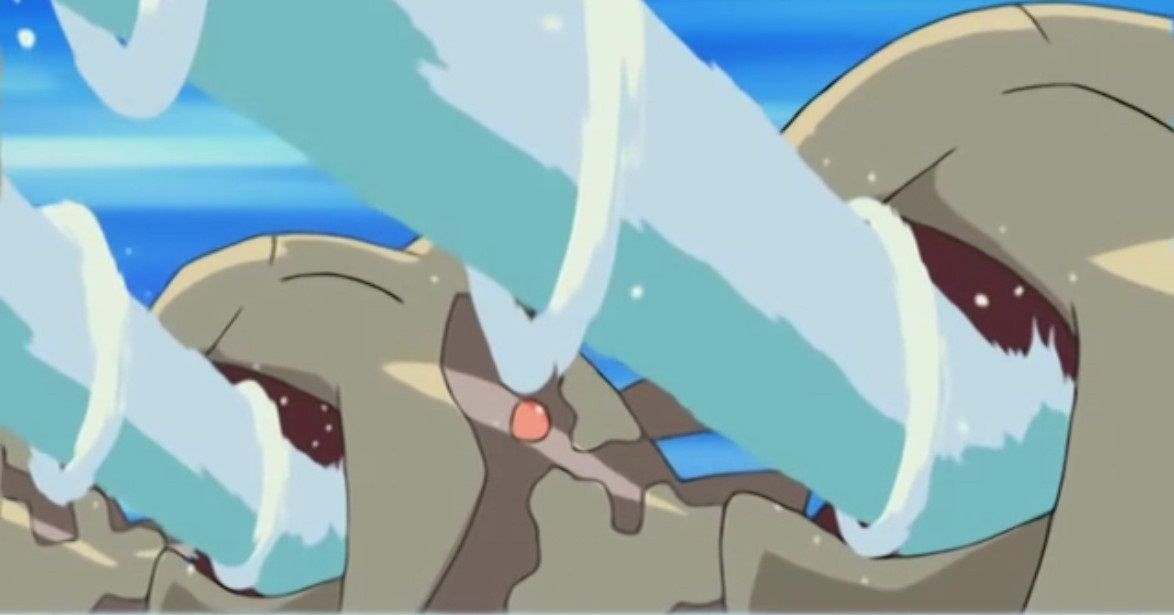 Relicanth is a Pokémon that deserves far more appreciation than it gets. While it has a brutal weakness to Grass moves as a Water/Rock critter and is pretty darn slow (base 55 Speed), it’s very bulky indeed on the physical side, has a choice of three excellent Abilities in Swift Swim, Rock Read (recoil-free STAB Head Smash is beastly) and Sturdy, with solid if unspectacular Attack to boot.

The Relicanth Brock uses in his rematch against the player in Pokémon HeartGold & SoulSilver boasts a moveset of Head Smash, Aqua Tail, Earthquake and Rest. The latter may not come into play that often, but otherwise this is one powerful set. It has Rock Head and a Lum Berry too! Just don’t teach it Hydro Pump, whatever this image may suggest: it’s a physical attacker! 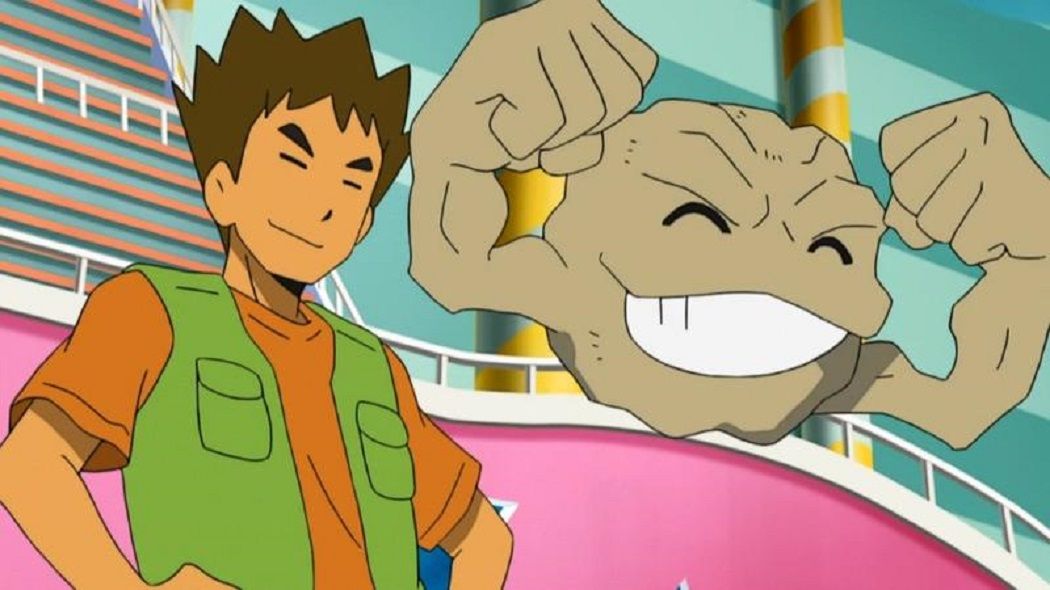 Of course, being the first gym leader that players of the generation one games encounter, it stands to reason that Brock’s Pokémon aren’t going to be the most fearsome-looking opponents from a level point of view.

His weakest Pokémon of all in that sense is the Geodude he uses in the Pokémon Yellow gym battle. This little critter is only level 10 and has a single move: Tackle. It’s not exactly Godzilla-on-a-daytrip-to-a-major-urban-population-center levels of scary. Still, it’s a cutey, as Rock-types go. 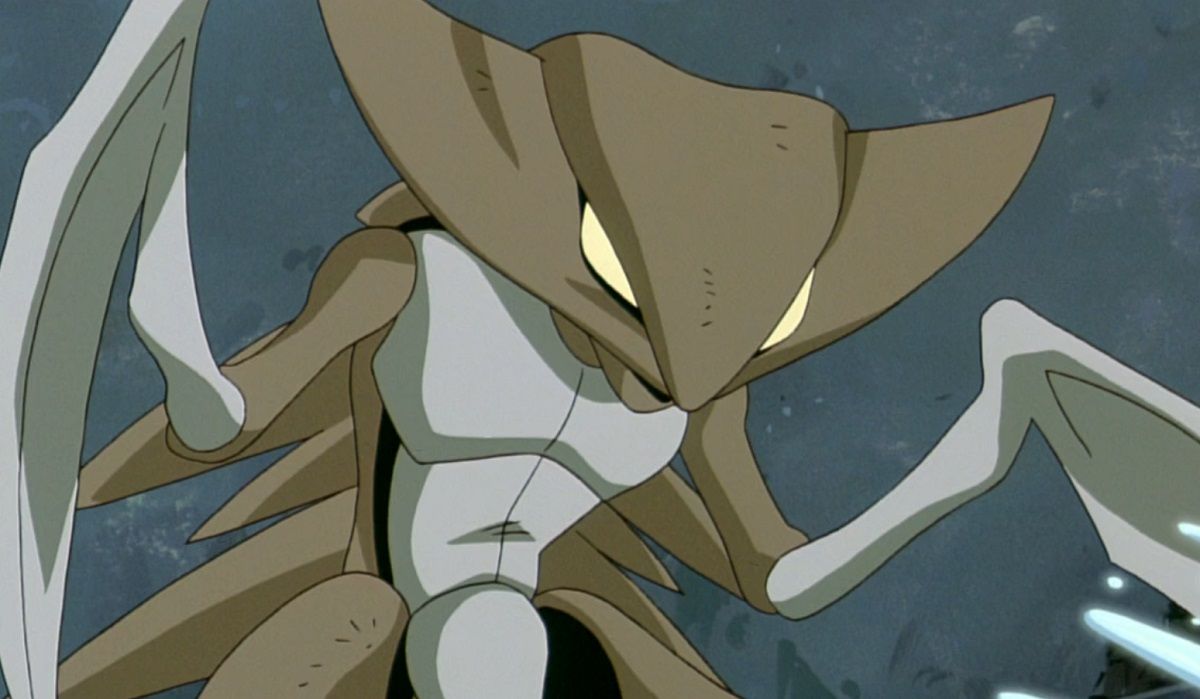 As players who enjoy the hyper offensive rain playstyle will know, Kabutops can be a force to be reckoned with when it has the weather on its side. It’s quite a powerful physical attacker and can be hard to stop with the rain boosting its Speed (via Swift Swim) as well as its Water-type STAB attacks.

Brock may not have the rain on his side in the Pokémon Black 2 & White 2 Type Expert/World Leaders Tournament, but he’s put together a solid Kabutops set here. with Swords Dance, Waterfall, Rock Slide and X-Scissor (and a sneaky Focus Sash), this is very close to a moveset competitive players would use. 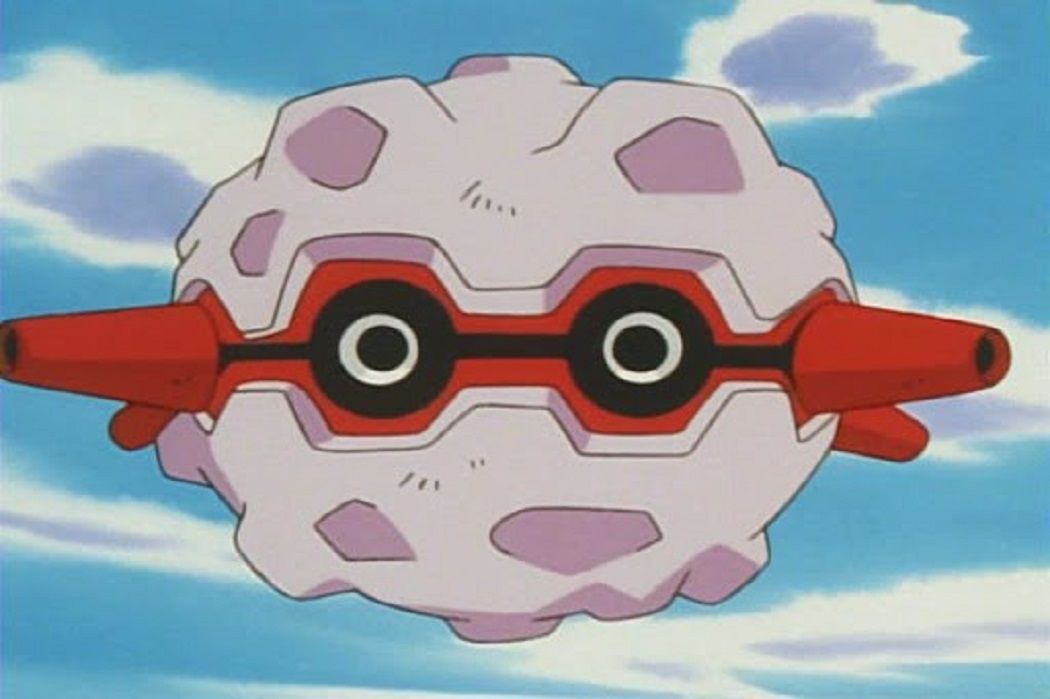 Now, Forretress is a Pokémon that specializes in one thing: setting up all manner of irritating stage hazards and spinning away the opponent’s own. That may be two things, strictly speaking, but it’s Forretress’ speciality and the heavily-armored little ‘mon is sticking with it.

In Pokémon Stadium 2’s Kanto Gym Leader Castle, however, Brock is saddled with a Forretress that has Defense Curl, Giga Drain, Take Down and Rollout. The last move is particularly insulting, with the Rock-type attack seeming to be an attempt to make this Steel- and Bug-type remotely Brock-relevant. 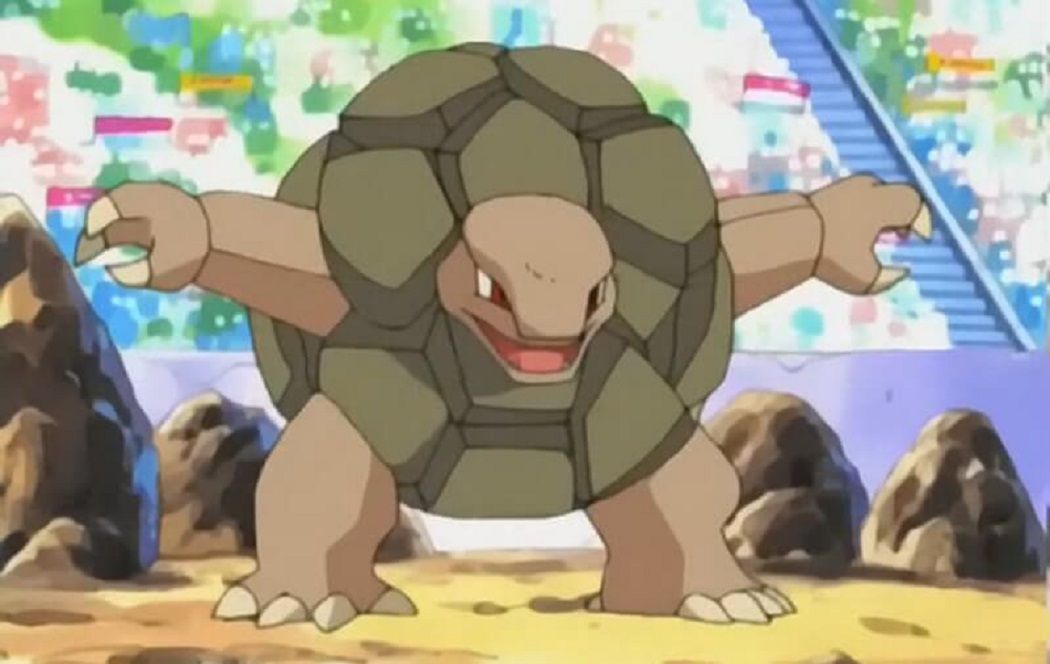 While gym leaders are sometimes held back by sub-par movesets, those that are encountered later in the game often up the ante considerably in that regard. For his rematch against the player in Pokémon HeartGold & SoulSilver, Brock’s Graveller has evolved into a Golem and it’s a real powerhouse.

It sports one of the most all-round powerful Rock moves in the game, the trusty Rock Slide. Aside from that, it has Rock Polish to patch up its lacking Speed, Earthquake as fantastic Ground STAB and Sandstorm. Again, that last move isn’t much of a factor, but this powerful set is peak Brock. 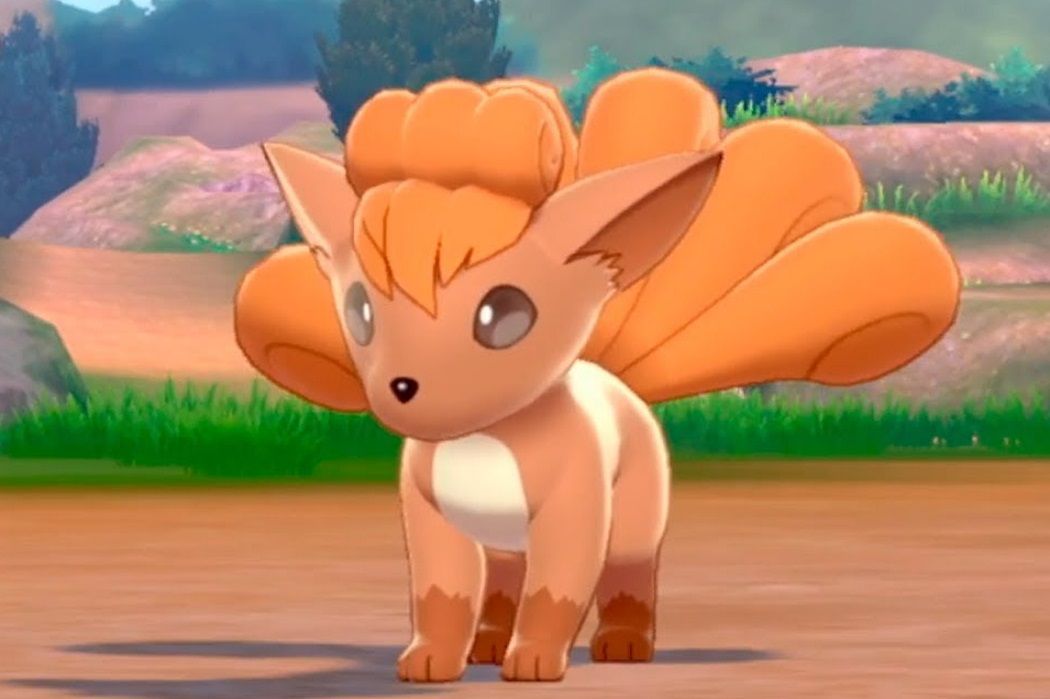 The Pokémon Stadium games, perhaps more than any other, encouraged gym leaders out of their monotype ruts. While this can make them much more unpredictable and challenging opponents, it also comes down to the particular alternative Pokémon chosen.

Brock’s team in Pokémon Stadium’s Gym Leader Castle includes a humble Vulpix. While the mighty Fire-type move Flamethrower is rightly in its arsenal, Fire Spin is a little more niche and Swift and Quick Attack are… well, terrible. 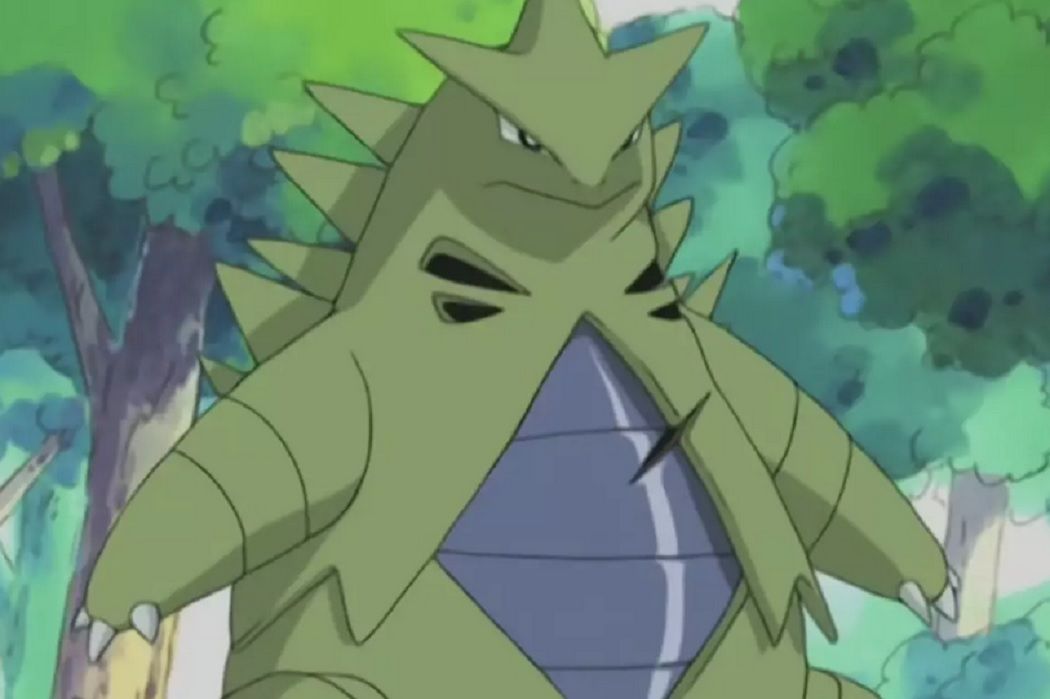 Back in Black & White 2’s Type Expert/World Leaders Tournament, Brock certainly packed his team with heavy hitters. It features a Tyranitar with Stone Edge, Payback, Ice Punch and Thunder Punch, which has the power and coverage to muscle its way through just about anything.

This metagame megastar has been one of the most used and most feared Pokémon since its introduction in the series, back in Generation II. This set could use a tweak or two but would fit right in on many competitive players’ teams, right down to its Chople Berry (which reduces incoming Fighting-type damage, its biggest weakness). 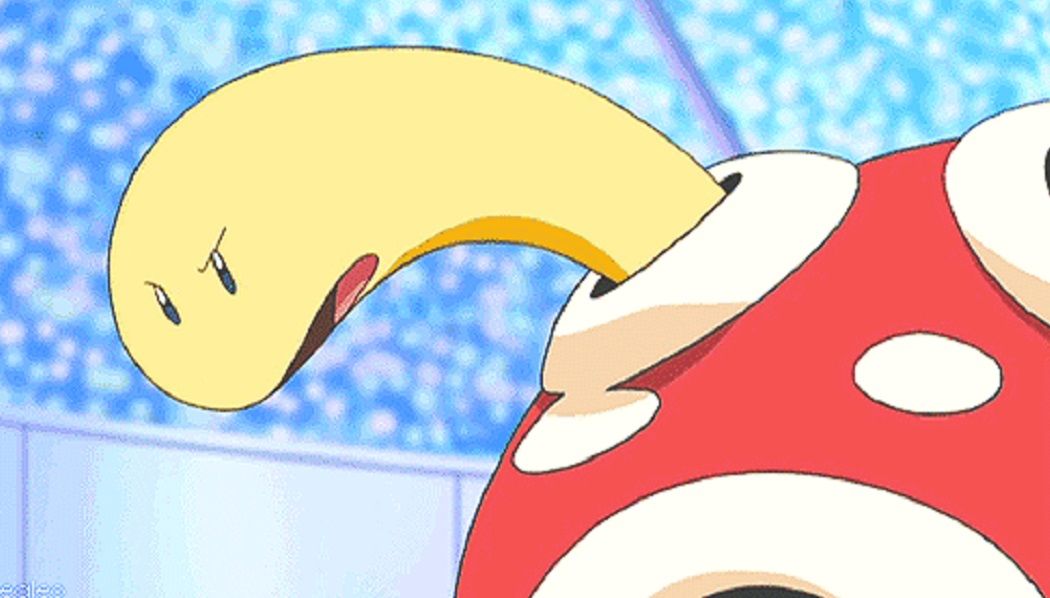 Shuckle has a base stat allocation unlike any other Pokémon in the series. With titanic Defense and Special Defense tempered by non-existent Speed, HP and offenses, it’s tough to use well. It can be utterly deadly, but gimmicky Power Trick strategies are just too hard to pull off the majority of the time.

Brock’s Shuckle set in the second round of the Pokémon Stadium 2 Kanto Gym Leader Castle is especially unlikely to have any real impact. it’s armed with Rollout, Wrap, Defense Curl and Safeguard. It will almost certainly be taken down before Rollout can build up to any kind of remotely significant damage. 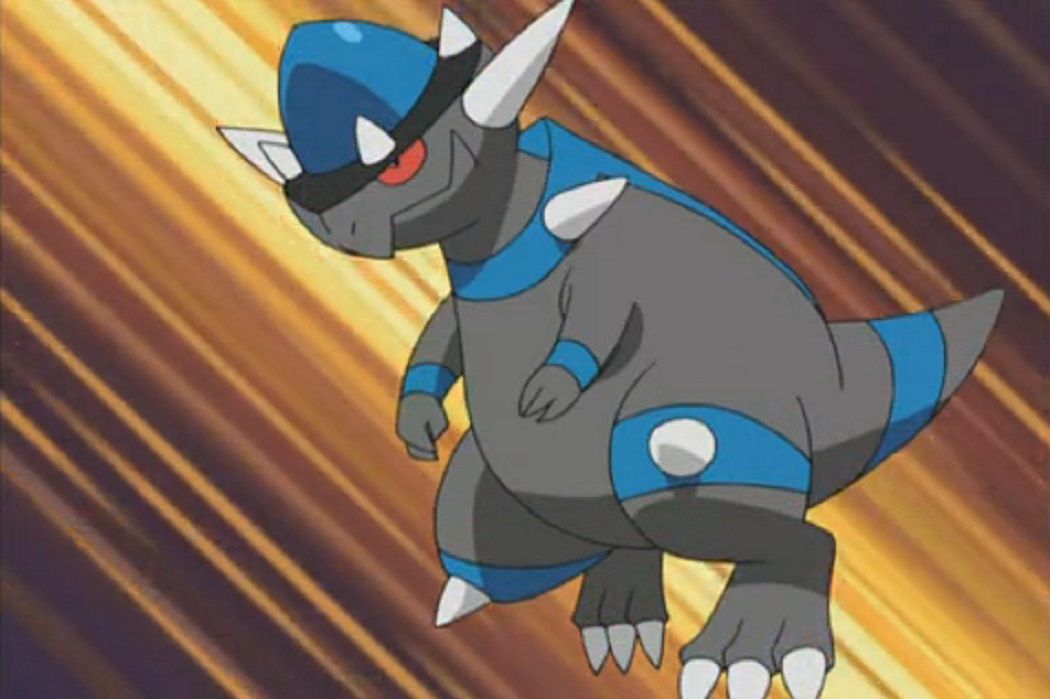 With the Fossil Pokémon all being part Rock-type until Pokémon Sword & Shield, they’ve tended to have a lot of unfortunate weaknesses that have really hurt their viability. Some are fantastic, including the new competitive mainstay Dracovish, while others can be major liabilities.

One Fossil Pokémon that has a tremendous amount of potential is the pure Rock-type Rampardos. It has incredibly high Attack at base 165, though every other stat is sub-par except for its rather nice HP. Well-supported offensive sets are capable of dealing amazing damage, and the Rampardos featured in Pokémon HeartGold & SoulSilver Rematch team (which seems to be among the best he’s ever fielded) fits the bill quite nicely. With Stone Edge, Earthquake, Avalanche and Rock Polish to increase its Speed, it’ll be super dangerous if it can keep firing off attacks. 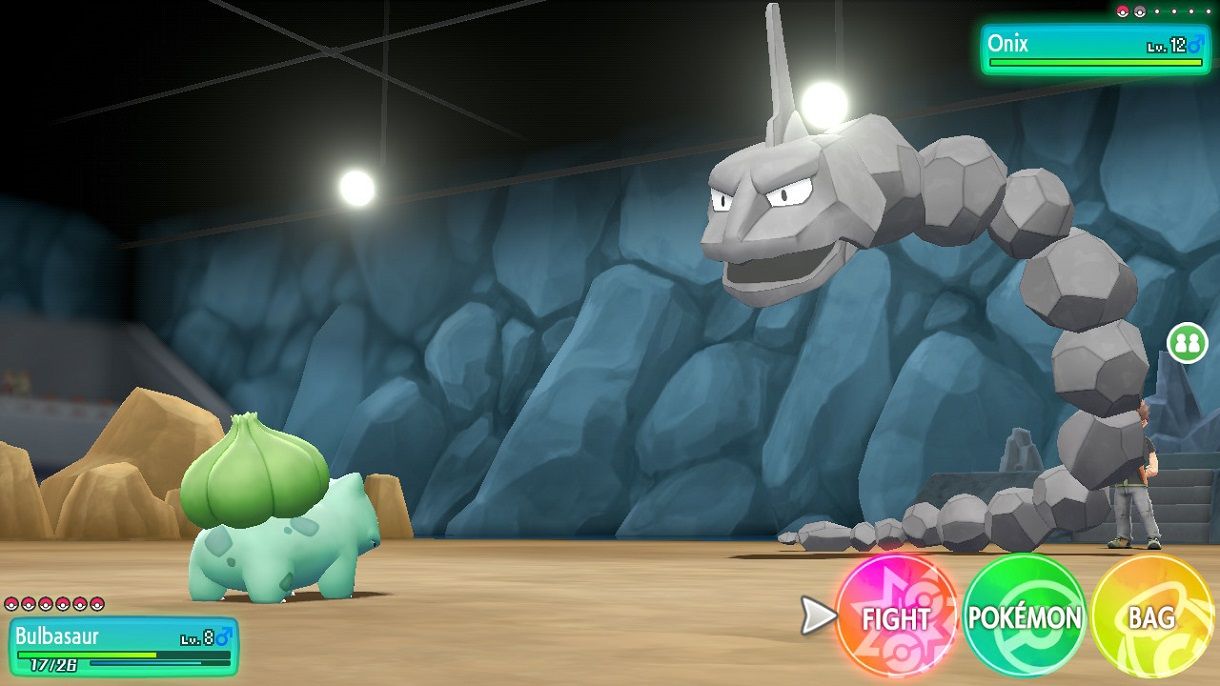 Of course, it might be unfair to judge Brock’s Generation I Pewter Gym team too harshly, being such an early-game battle. Nevertheless, his dream team of Geodude and Onix are certainly among the weakest Pokémon he’s ever brough to battle.

In Red & Blue, his Onix is level 14 and knows Tackle, Bide and Screech. This is arguably slightly worse than his Pokémon Yellow Onix, which is two levels lower but has another move to its name: Bind. Being such a signature Pokémon of Brock’s, it’s a shame his Onix isn’t more potent. In fact, it only actually gets a STAB move (outside of rematches or later battles) in Pokémon FireRed & LeafGreen, in which it’s level 14 as before and also has Rock Tomb.

NEXT: Pokémon: Every Rock-Type Gym Leader, Ranked According To Difficulty 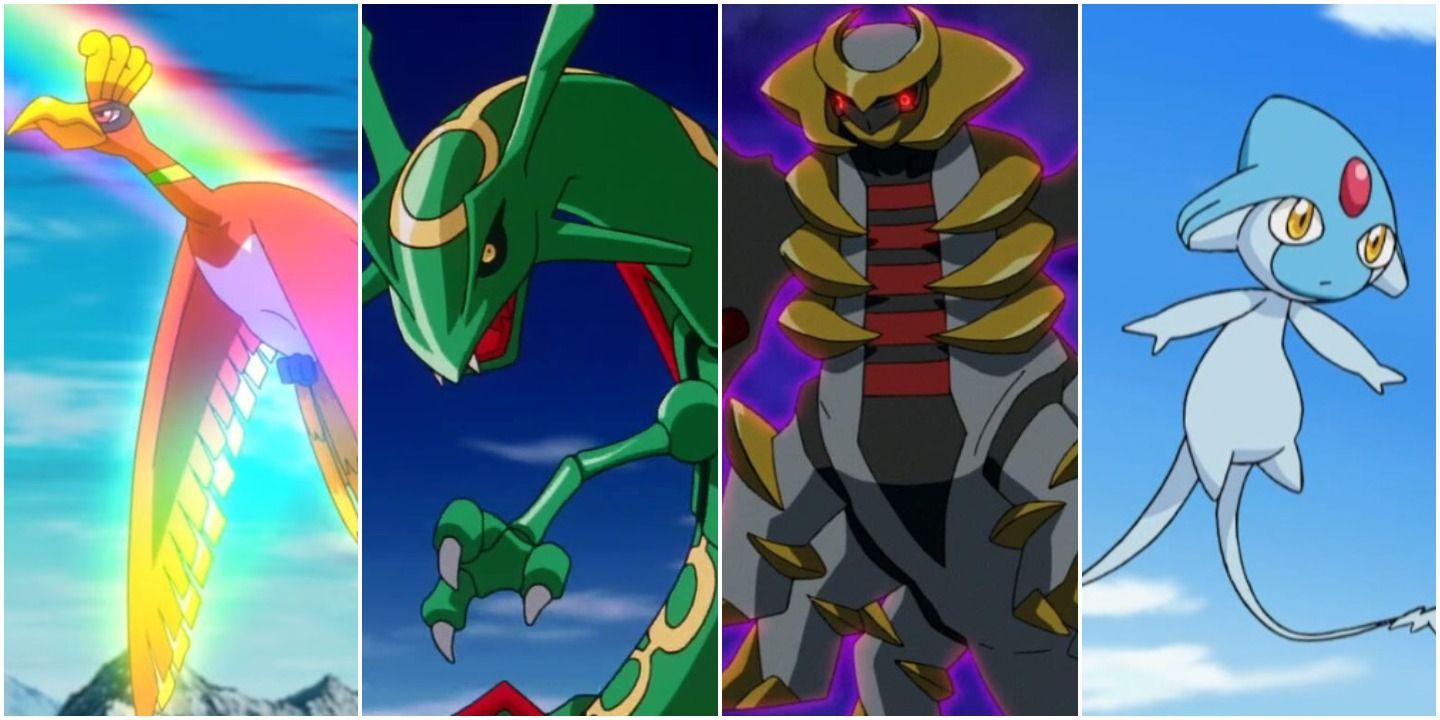