There are bedrocks to the Pokemon game experience — foundational aspects that have not once disappeared between generations. In Pokemon Scarlet & Violet, few things can compete with the prevalence of Technical Machines, or 'TMs' for short. They've been around since the 1990s, they're here in the Paldea pair of games, and they'll probably still be around in another two decades.

But that doesn't mean Game Freak hasn't shaken up its formula a bit. For the first time in the series, Pokemon Scarlet & Violet lets you craft TMs. This marks a paradigm shift; no longer must we rely solely on finding TMs and/or purchasing them. You can craft any Technical Machine in the game, so here's our guide on how to make 'em all. 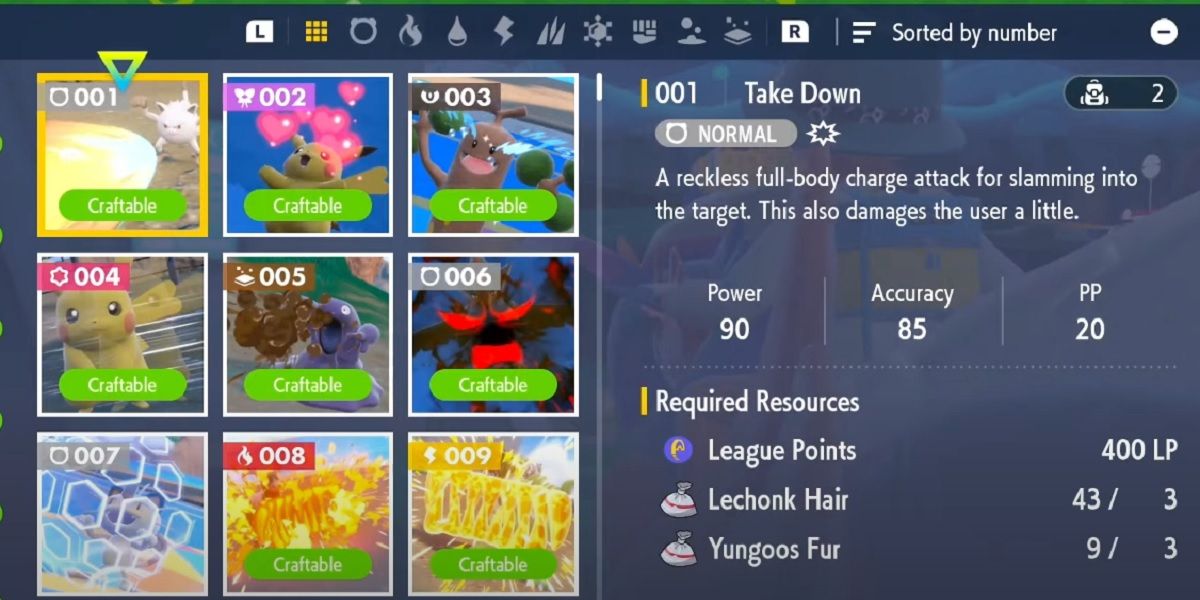 The developers of Pokemon Scarlet & Violet clearly took more than a few cues from preexisting popular open-world RPGs when creating their own. Paldea's population of pocket pals all drop crafting items upon their defeat. This is a first for the series — those Pidgeys outside Pallet Town in Pokemon Red & Blue never dropped feathers; or, if they did, young Red saw no need to snag them.

Every craftable Technical Machine in Scarlet & Violet requires two things: one or more types of Pokemon-related drop item plus a set number of League Points.There's never any deviation from this. Nothing so complicated exists as the combination of two TMs to forge a newer, more powerful one (although we wouldn't be shocked if they go for that angle in the future).

As for where to make the magic happen, TMs can only be crafted at specially designed 'Technical Machine Machines' located at each Pokemon Center. Since there are so many Pokemon Centers scattered throughout Paldea, there are an equally high number of spots to swing by at any given time, so you should never have a difficult time reaching a Technical Machine Machine. No, sorry, 'TMM.' We're calling it a TMM now.

You won't be able to craft just any TM straight off the bat. You'll start with only a few. Here are the best ways to learn more recipes: