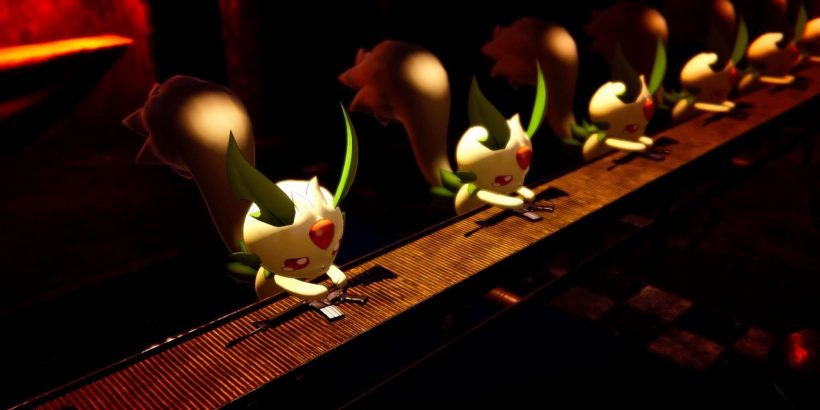 We’ve gotten plenty of cool announcements in recent times when it comes to Pokemon. Pokémon Brilliant Diamond and Pokémon Shining Pearl are launching on November 19, 2021, and Pokémon Legends: Arceus is launching on January 28, 2022. But what none of us saw coming was this shocking new game announced during the INDIE live expo, just hours ago.

The developers of Craftopia – PocketPair – are bring us a brand new, open-world survival game called Palworld. The game features “Pals” who look eerily similar to Pokemon. Like in Pokemon, you’ll be able to make Pals fight each other… though you can also sell them, make them work in factories, or go at them with guns blazing and slaughter them for food, though that is apparently not legal.

The trailer looks relatively normal at first (aside from the quick display of gun usage), but if you keep watching, you will see the character bond with the Pals and work side by side with them to grow crops and take care of their home. That said, you will also bear witness to Pals borderline crying while crafting guns in factories as if they’re slaves and Pals being used as shields against enemies before being tossed aside.

Have some of your Pals do the factory work, farming, and building so that you can focus on other tasks such as dungeon exploration, catching endangered Pals for money (just don’t get caught), or taking advantage of the multiplayer function to battle against your friends.

This game essentially looks like Pokemon  has been combined with both a shooter game and a dark survival game. If there’s one thing for sure, Palworld seems to be a game unlike anything we’ve seen before. The game is set to release on Steam in 2022.