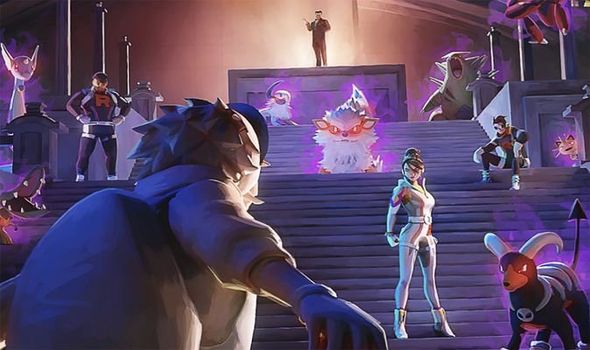 As with past loading screens, the image features one or two potential clues about what to expect from Pokemon Go in the future.

One thing that isn’t up for debate is that Niantic clearly has big plans for the whole Team Rocket storyline.

The loading screen contains an abundance of Shadow Pokemon, as the trainer makes a move to confront Team Rocket leader Giovanni.

However, as ComicBook points out, there could be even more to this story than meets the eye.

The gym in the background is modelled after the famous Viridian City gym in the Pokemon animated series.

Likewise, the animated series is getting ready to introduce a new character called Go, which suggests that a major crossover is in the works.

You can take a closer look at the updated Pokemon Go loading screen below.

According to a new post on Reddit, Pokemon Sword and Shield developer Game Freak will team up with Pokemon Go developer Niantic for a special surprise.

As long-time fans will know, the new set of Pokemon games take place in the Galar region, which is loosely based on the UK.

Based on data discovered within the Pokemon Go game files, Galarian variations of existing Pokemon will appear in Pokemon Go.

This means that at the very least, Pokemon Go fans can expect to encounter Galarian Weezing, Galarian Zigzagoon and Galarian Linoone.

It’s unclear when the crossover will take place, but it’s likely to happen closer to Sword and Shield’s November 15 launch.

It’s possible this ties in to Sword and Shield’s new Dynamaxing feature.

The Nintendo Switch game will also have more Trainer customisation options, including the ability to change hairstyles and wear makeup.