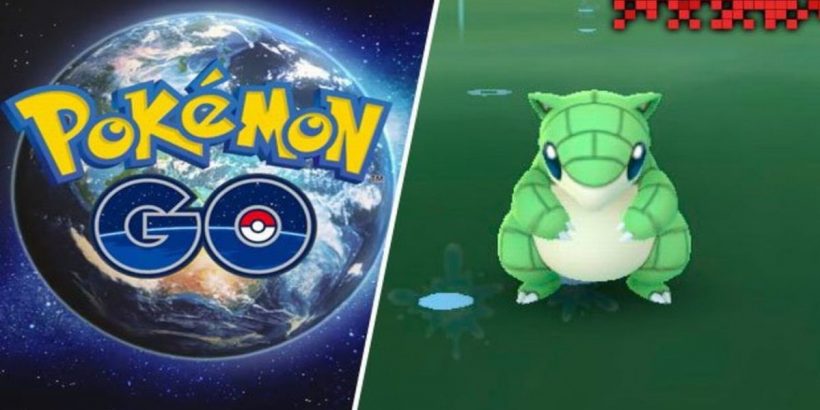 We're still looking to verify this information for ourselves, but given how Niantic have operated previously, it wouldn't be unusual to see the shiny released worldwide.

You can take a closer look at both of the Shiny's just below.

However, there is no further news on Shiny Alolan Sandshrew or Sandslash.

Original Story – Pokemon GO players aren't exactly short of Shiny Pokemon to capture at the moment. Especially not after the flurry of shiny Pokemon available during the December Community Day.

Needless to say though, if you're not tired of trying to catch the 120+ Shiny Pokemon in the game already we have some good news for you. There's another two available as of this morning.

That's because players can now catch the shiny green Sandshrew. Although, there is a catch (for the time being anyway).

This looks to have been added as part of the games ongoing commitment to help advertising the Tottori Sand Dunes in Japan.

Niantic held an event at this location last year and they've returned once again for a new event lasting December 6th until January 14th.

Keep reading for everything you need to know about catching yourself that brand new Shiny Sandshrew.

Niantic rarely announces when they'll be adding shiny Pokemon to the game, so we have to trade on the reports of trainers around the world.

In this instance, there's already quite a few confirmed reports of the shiny being available in the game to make it believeable and beyond rumour.

However, at the time of writing, it's believed that the Shiny Sandshrew is not available outside Japan.

Potentially it might not be available outside the Tottori Sand Dunes.

This isn't to say it won't be made available worldwide, but it's not clear exactly when Niantic will roll out this special pokemon to the rest of the world.

Equally, it's worth remembering that it's not possible to encounter a Shiny Sandslash, Sandshrew's evolved form.

Pokemon GO Hub, a fantastic resource for so much Pokemon GO information, has also shared some further insight into how Niantic could look to roll out the new shiny Pokemon to the rest of the world:

"It certainly seems to be following the recent event pattern (with an exclusive shiny debut), only to be rolled out worldwide later on during the event.

"Will Sandshrew receive a similar treatment? We certainly hope so! If we had to guess, we’d hope for a worldwide release beginning on Friday, but we’re just speculating!"

It's also been reported that Alolan Sandshrew is now appearing in the wild, alongside Alolan Rattata and Alolan Geodude.

Although, there are no reports of a shiny Alolan Sandshrew.

And with so many Alolan Pokemon now appearing in the wild, it's possible Niantic may unleash a fresh batch of Alolan Pokemon into the 7km eggs in the not too distant future.

Although, that's just us speculating since it would make sense. But don't take it as fact.

Stay tuned, we'll be sure to update this page as we learn more about Shiny Sandshrew in the game.