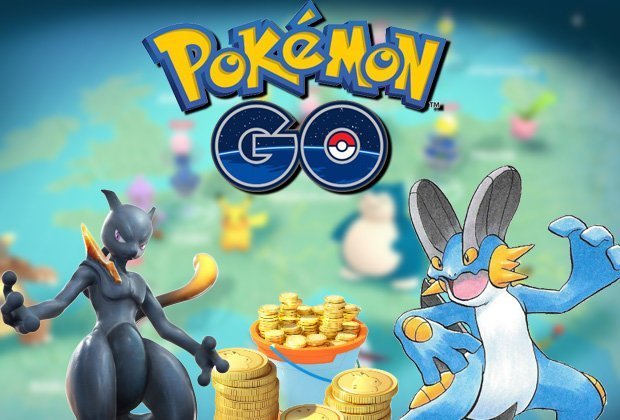 It’s been a big week for Niantic.

The developer is still seeing healthy attachment rates to Pokemon GO, but over the last few days we’ve seen more new players flock to the company as they rush to support Harry Potter Wizards Unite – the other augmented reality title from the studio.

Whilst a lot of people were worried that the release of a new game from Niantic would impact the development of Pokemon GO, Niantic are already proving that’s not the case.

It’s been a busy ol’ week for the game, and we’re here to crunch all the news down into one easily digestible article for you.

Here’s what’s been going on in the world of Pokemon GO this week.

This week, it was revealed that Pokemon Go is still a massive money-making machine, even three years after launch.

According to Sensor Tower, the well-trusted app revenue analysis service, Pokemon and Niantic’s joint venture continues to rake in the cash like nobody’s business.

The estimated total revenue for the game as of June 2019 is a whopping $2.6 billion dollars. Remarkable, right?

In 2019 so far, Sensor Tower reckons the Pokemon mobile game has earned $368 million in microtransactions – and that’s with the game being fairly generous in how it gives players items.

Now that Niantic has Ingress, Pokemon GO and Wizards Unite out in the wild, we’re imagining the company is just going to roll in the cash going forward.

Elsewhere in the world of Pokemon GO, renowned leaker Chrales has been mining through updates again and has uncovered something that’s caught our eye.

The dataminer this week posted an image (above) of a couple of new discoveries – some that hint at the arrival of Shadow Pokemon in the game.

If you don’t know about Shadow Pokemon, we don’t blame you – they’re a bit ‘extended universe’, away from the main games. Effectively, these potential new additions to Pokemon Go are Pokémon that are being for wrongful acts because ‘they had the doors to their hearts shut artificially’, a process created and carried out by Cipher in the Orre region.

Shadow Pokemon are introduced in Pokemon Gale of Darkness and Pokemon Colosseum – so not in the main canon line of games.

There is a process called ‘Purification’ that removes the aura of Shadow from Pokemon – that’s potentially what you can see referenced in the image above. Shadow Pokemon cannot evolve, hence that string in there, too – in theory.

Of course, none of this has been confirmed yet, so we’re looking forward to a potential Niantic announcement in the coming weeks or months.

Finally, the next Pokemon Go Community Day is going to take place on July 21.

That’s about a month away at this point, but as the date draws in, Niantic has been pretty quiet about announcing what featured Pokemon we can expect to come to the game for the special event.

If we look at previous months, we can see there’s a pattern to how these events occur: Starter Pokemon always feature on alternate months. Back in March, we had Treeko, then in May we had Torchic.

That means we can likely expect Mudkip to be the headline Pokemon in July.

Though Mudkip is a fairly common Pokemon at the moment, we’re sure players will relish the opportunity to get hold of the Water Pokemon with a special move – and even nab themselves a Shiny version of the Starter if they’re lucky.

We expect an update from Niantic soon.