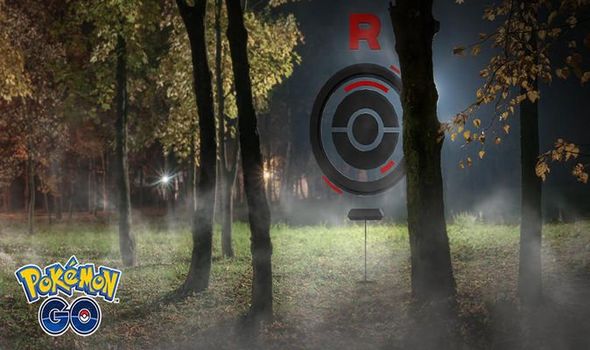 Pokemon Go Trainers have been surprised with a special new event including an invasion by Team Rocket.

The official line is that “Team GO Rocket” is invading PokeStops all around the world, which look different from others.

And these are key if you want to learn how to get Shadow Pokemon from Team Rocket in Pokemon Go.

Trainers have to keep an eye out for any PokeStops that twitch and look discoloured, as these are the places with Team Rocket battles and Shadow Pokemon.

As you get closer to an Invaded PokéStop, you will see the Team GO Rocket logo appear over it.

When you approach an Invaded PokéStop, you can engage in a Team GO Rocket Battle to defend the PokéStop.

There are two ways to start a battle, you can choose to tap on the Grunt to battle them and defend the PokéStop, or you can also tap the Invaded PokéStop, spin the Photo Disk, then start a battle.

This means that even if you can’t see a Grunt on the map, you can still engage in the event.

Team GO Rocket Battles work similarly to Trainer Battles, which you must select a party of three Pokémon and use their Fast and Charge Attacks to defeat the opponent’s Shadow Pokémon.

Losing a match still rewards you with XP and also allows you to ask for a rematch before heading out to the map.

According to Niantic, Premier Balls are granted right before the Shadow Pokémon Encounter and are only usable for the Encounter.

“The number of Premier Balls received is based on how many of your Pokémon survive the battle, your Purify Pokemon Medal rank, and your Defeat Team Rocket Medal rank. Each Shadow Pokémon knows a Charge Attack called Frustration.”

So what is the best thing to do with a Shadow Pokemon after you have captured one?

Well, according to Niantic, it’s a good idea to purify them and help them heal from their Team Rocket Days.

After catching a Shadow Pokémon, you can choose to Purify the Pokémon with a combination of Stardust and Candy.

It should be noted that Purifying a Shadow Pokémon will make it stronger and reduce the amount of Stardust and Candy required to Power Up, Evolve, or learn a new attack.

That’s a huge bonus and makes them well worth the trouble of the extra battle on the map.

The Charge Attack, Frustration, will be replaced with the exclusive Charge Attack called Return, and the Pokémon’s aura will also change from a dark aura to a bright, luminous aura.

All of the above information comes from Niantic and their official sites for Android and iOS users to follow.