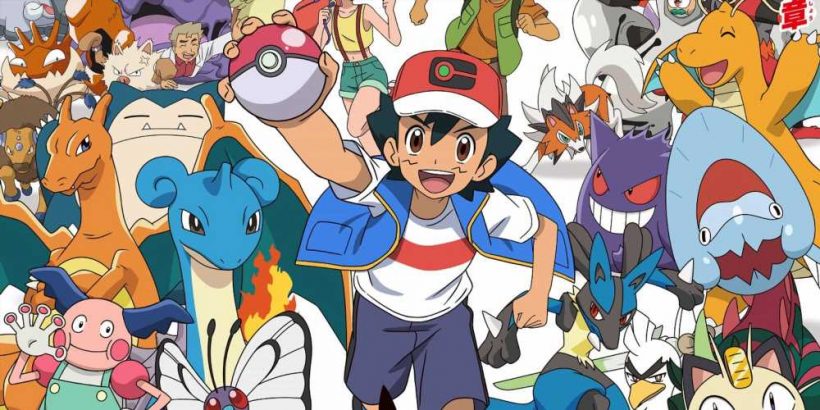 Now that it's been confirmed that Ash and Pikachu are heading off to greener pastures and that the newly announced Pokemon anime series will focus on two new protagonists, fans have been looking back on Ash's journey across each region. Specifcally, they've been looking back at the Pokemon that Ash has caught over the years, wondering which ones would make the strongest team of six should Ash ever combine them.

The question was put to the Pokemon subreddit by u/Magister_Xehanort, which led to a flurry of comments from fellow fans. For the first slot in Ash's all-star team, pretty much everyone thinks Pikachu is a shoe in. Not only is he Ash's strongest Pokemon across pretty much every series, he also has main character armor that gives him the advantage in pretty much any battle in which the little yellow mouse features. That's just five slots left.

Another Pokemon that a large amount of fans go for is Ash's ever-reliable Charizard. It's just a monster of a Pokemon in general, but fans bring up the moments in which Charizard is able to take down an Articuno and go head to head with an Entei, two incredibly powerful legendaries that would give any Pokemon a run for its money. With Ash's long standing relationship with him as well, it's difficult not seeing Charizard included over other Fire-Types like Infernape.

It's at this point where things start to get a bit more debatable. Ash has had quite a lot of powerful Pokemon over the years, but u/postalraccoon belives that both Greninja and Lucario should be in the team, the former because it's "the most impressive individual Pokémon we’ve seen in the anime," and the latter because of how impressive it was in helping Ash become a World Champion in Journeys. Lucario can also Mega Evolve, which would definitely give him an added edge in battle.

Dracovish is another Pokemon that is mentioned a lot, as u/iamthatguy54 mentions it was the "only non-ace that defeated Leon's Rillaboom." There're also a lot of shouts for Snorlax, one of Ash's older Pokemon that was an absolute force in battle that he ended up using very little despite its strength.

Other Pokemon that get multiple shout outs across the thread are Sceptile, Heracross, Gengar for its ability to Dynamax, Melmetal, and Infernape. There doesn't seem to be one definitive answer in all of the discussion, although Pikachu, Charizard, Greninja, and Lucario feature in pretty much every list.

However, there're also a lot of people who wouldn't change a thing about Ash's current team in Pokemon Journeys, which is understandable considering it took down incredibly powerful trainers such as Leon and Cynthia. There will probably never be an agreed upon team, but that just goes to show you how prolific a trainer Ash was. Let's hope his replacement can be just as successful.