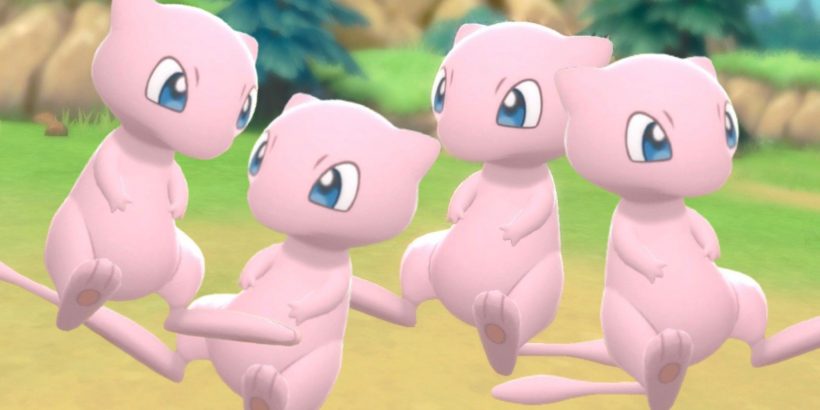 November was a big month for remakes that arrived in a less than stellar condition. First GTA: The Trilogy, the creases in which will continue to be ironed out for months to come. Next was the imperfect launch of Brilliant Diamond & Shining Pearl. The Pokemon games weren't in anywhere near as bad a shape as GTA's Definitive Edition, but there were still a lot of unwelcome problems ILCA to deal with right off the bat.

As Rockstar continues to do with The Trilogy, ILCA is gradually addressing and fixing BDSP's problems. Update version 1.1.2 went live this week and Twitter user Eclipse TT has revealed the games' menu storage glitches have been fixed. The bad news is that means no more trade clone glitch. If anyone knows it is gone for good, it's Eclipse as they are the one who first confirmed how it works.

“All the Glitches that uses 'Menu Storage' now doesn't work anymore. So more than half I guess," Eclipse revealed on Twitter. The cloning glitch required you to initiate a trade and then undock the Switch and put it into airplane mode before it's complete. That method would clone Pokemon, which is great for trainers, but not that good for the balance of the game when anyone can have as many unique and legendary Pokemon as they like.

Some trainers will have already been taking advantage of this glitch, of course, which means it's too little, too late when there's someone out there with 20 Lugia. There is another duplication glitch that doesn't appear to have been fixed by the latest patch. A daycare glitch that requires you to sacrifice a Pokemon, but that's not a huge issue as you can just give up any low-level Pokemon you have lurking in your boxes.

The 1.1.2 patch hasn't only eliminated the fun glitches that drown you in Dialga. There have been a number of bugs preventing trainers from progressing through the games, leaving them short of completing their Pokedex or making it to The Elite Four with no way to fix that. Hopefully, everyone can now make it from start to finish without issue.