Many fans of the original Dragon-type Pokemon jumped for joy when it was revealed that Dragonite was finally making its return in Sword & Shield in The Crown Tundra expansion, as it had been sorely missed among the few other pseudo legendary Pokemon available until then. Although it has been somewhat overshadowed by the newest pseudo legendary, Dragapult, it is still as powerful today as it was during Red & Blue.

Alongside new moves, new Pokemon, and the Dynamax mechanic, Dragonite has the potential to be a truly terrifying force on any player’s team, so long as they know how to take full advantage of all it has to offer. 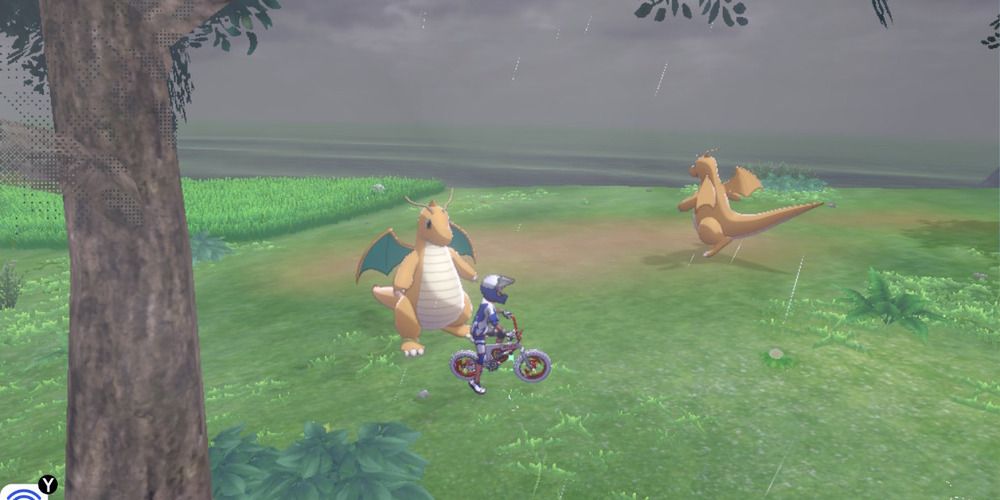 Dragonite can only be found in The Crown Tundra area of the game, so any players who haven’t purchased the expansion pass will have to try their luck with online Max Raid battles or trading. Dragonite can be found as a wandering Pokemon in Ballimere Lake during the rain or a thunderstorm, but it along with its pre-evolutions can also be found in Raid Dens. The Path to the Peak’s second Raid Den on the way up the hill holds Dragonite, as well as many other Dragon-type Pokemon, and a similar den can be found in Three-Point Pass. 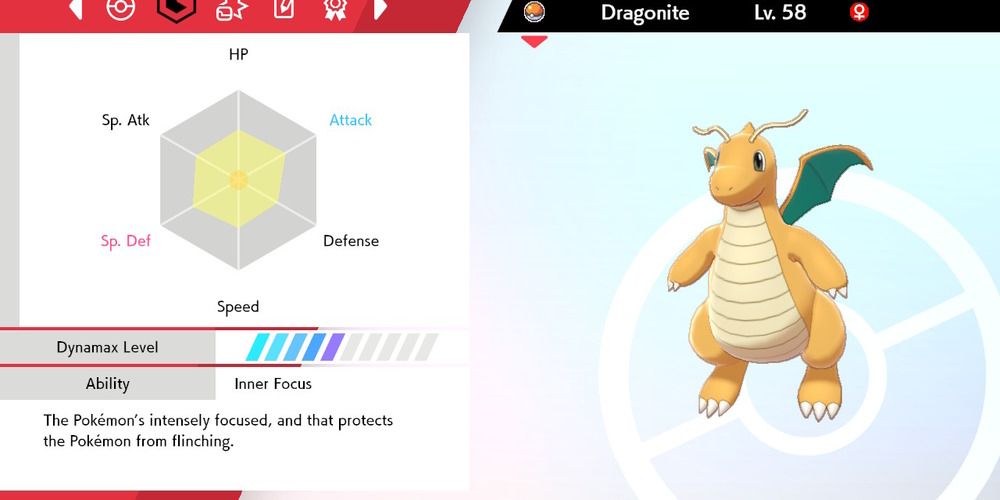 Dragonite’s main ability, Inner Focus, used to be a somewhat niche counter to Fake Out that was mostly used on Crobat to make sure it could attack with its own Fake Out successfully without worrying about it being hit first in a mirror match. Starting with Sword & Shield, Inner Focus gained a secondary effect that also prevents the Pokemon from having its attack lowered by Intimidate and is one of several abilities to gain this effect in generation eight. While Inner Focus is decent, it’s not as good as Dragonite’s hidden ability, which makes the difference between it being a good Pokemon and a great one. 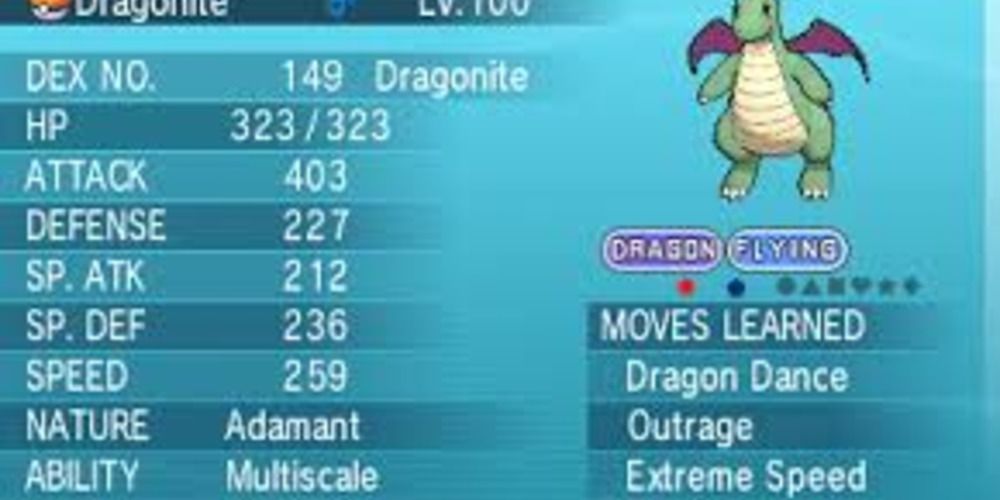 So far, there are only two Pokemon in the series with the ability Multiscale: Lugia and Dragonite. Both of these Pokemon can only obtain this ability through their hidden abilities, and Lugia needs the player to use an Ability Patch to obtain it. In Dragonite’s case, it can also possess this ability through Max Raid battle encounters.

This powerful ability, that halves all battle damage while the Pokemon is at full HP, can be found on any Dragonite that is found in The Crown Tundra’s Raid Den encounters, though, like Lugia, the player can also simply use an Ability Patch on a regular Dragonite.

7 Who You Can Breed It With 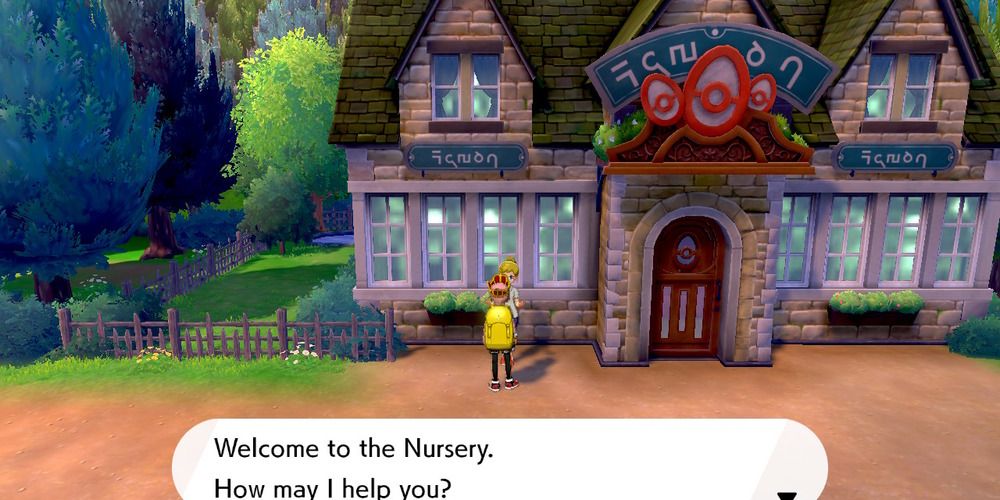 Like most Dragon-types, Dragonite can breed with several Pokemon outside of its typing. The most prominent Pokemon Dragonite can breed with are those in the Water 1 egg group, which includes Blastoise, the Slowpoke line, Intelleon, Gastrodon, and Drednaw. It can also breed with the Dragon egg group, which holds the likes of Charizard, Gyarados, Milotic, Scrafty, and all other Dragon-type Pokemon that are capable of breeding. 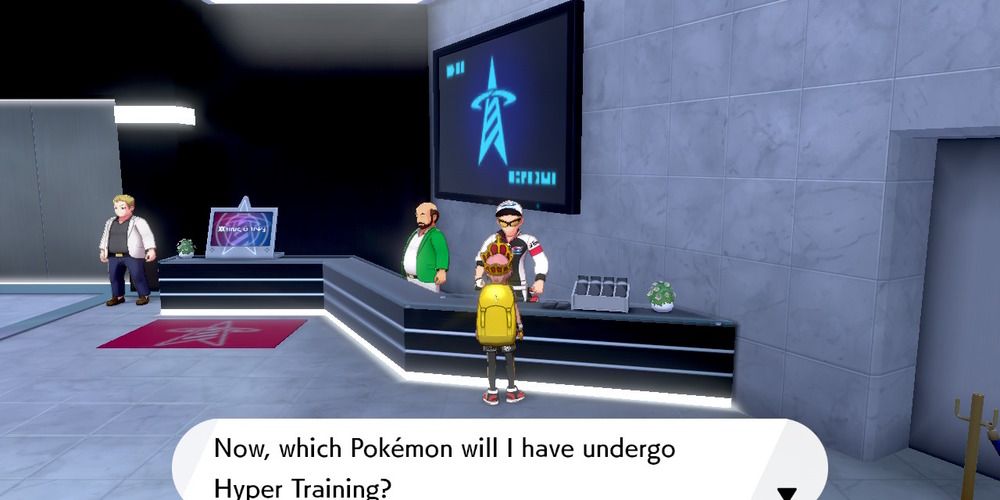 As a Dragon-type with good all-around stats, Dragonite’s main IV focus should be on its attack and speed stats. While it could be viable to invest in its defenses, since they are fairly good compared to many other Dragon-types in Pokemon, they aren’t good enough to warrant full investment even alongside the Multiscale ability. It access to Max Airstream and Max Wyrmwind means it is likely only going to be used offensively, so that should be the player’s focus when breeding Dragonite. 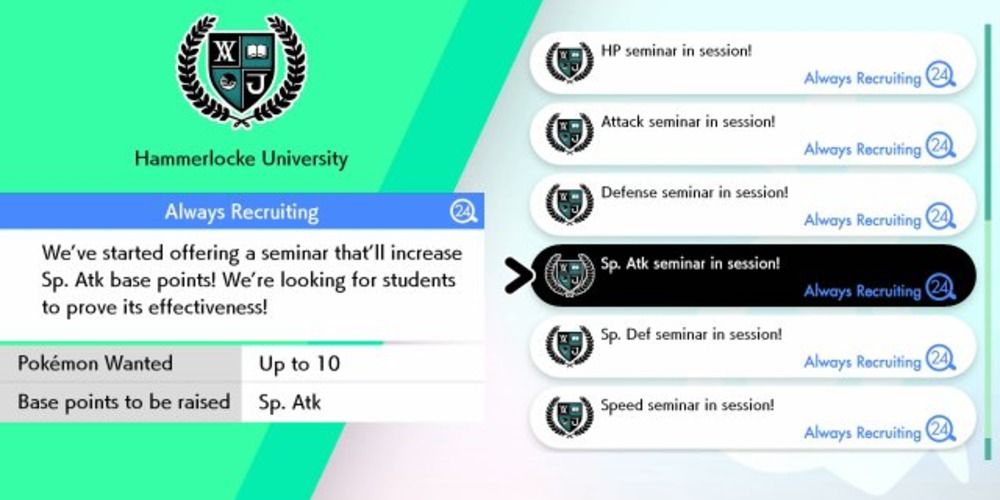 Just like with Dragonite’s IVs, its EV’s should be focused on attack and speed. With maximum investment in both of these stats, it should be fast and powerful enough to knock out most Pokemon with relative ease, particularly while it is Dynamaxed as its Max Airstream hits particularly hard as it is part Flying-type. The remaining points can be invested in either defenses or HP, though as its special defense is the higher of the three, this is probably the best option. 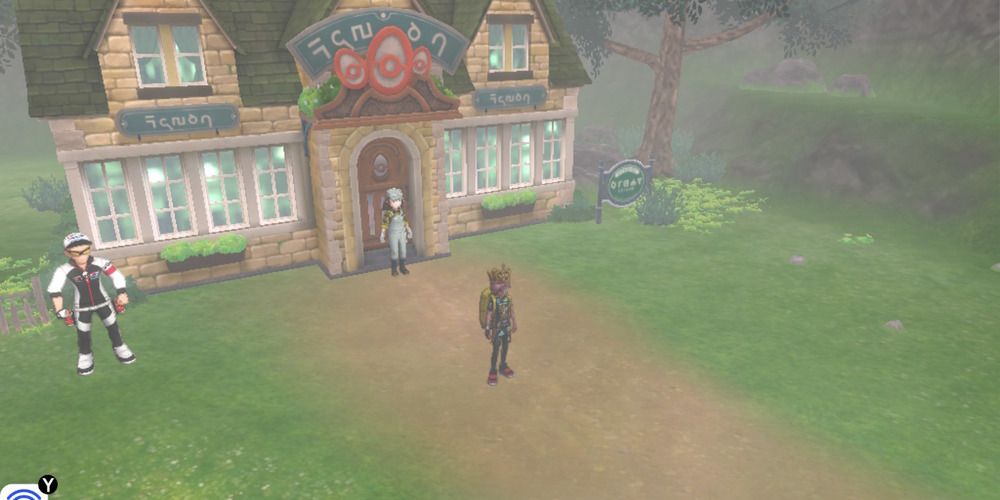 Dragonite has access to some great egg moves when bred with specific Pokémon, though not all of them are worth using and some can be learned by other means. It can learn Aqua Jet through Primarina, Clawitzer, Golduck, Kabutops, and Carracosta which, while usable, isn’t a great offensive option on many teams.

Dragonite can also learn Extreme Speed through breeding, but only when bred with another Dragonite that already knows it which was only available in Crystal and HeartGold & SoulSilver on the gift Dratini. Sword & Shield did make this move easier to obtain, however, as it is now a level up move that can be re-learned at any Pokemon Center. 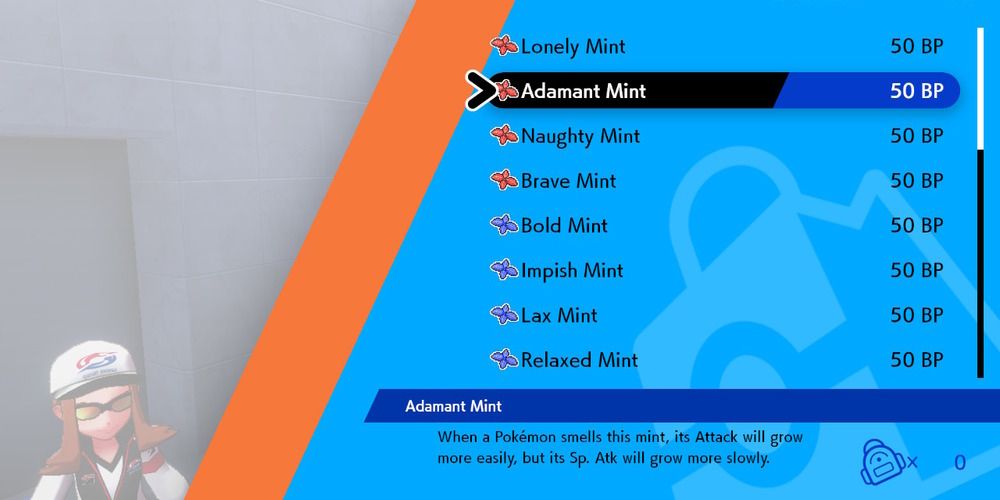 Dragonite is a simple Pokemon that is primarily used as a physical sweeper, so its nature doesn’t need to be anything too complicated. Any nature that increases either attack or speed while not reducing either of these stats is recommended, though the best options are Adamant or Jolly. Depending on the attacks being used, as well as whether Dragonite is being used solely for Max Airstream, will impact which of the two natures works best on the Pokemon. 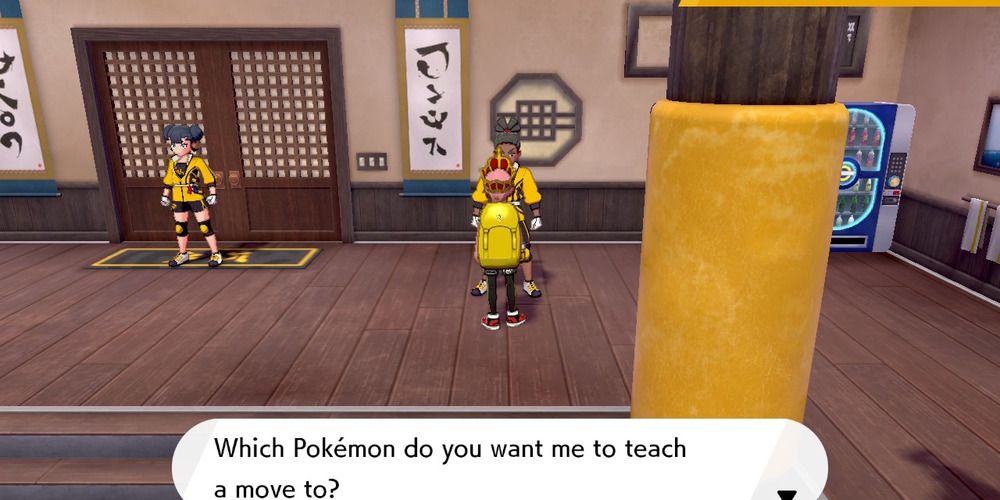 As is the case with most other Dragon-type Pokemon, Dragonite has a very deep movepool at its disposal and access to nearly every type of attack in the game aside. Its best moves are Hurricane, Dragon Dance, Dragon Claw, as well as coverage moves like Stone Edge and Iron Head. It also has access to support moves like Agility, Thunder Wave, Safeguard, and Roost, though its best new move came in the form of Dual Wingbeat, a Flying-type move that hits two times for some vastly improved damage over any other Flying-type move it can learn. 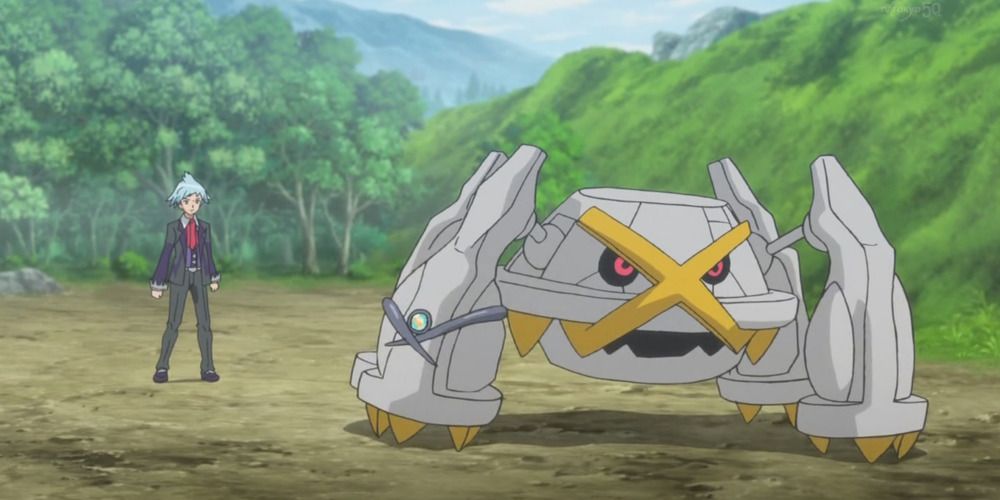 Dragonite’s best partners are any that can deal with Ice or Fairy-type attacks as they will deal a big chunk of damage when those moves are used against it. Metagross, another pseudo legendary that returned in The Crown Tundra, is one of the best options, as it resists both Ice and Fairy-type moves while being super effective against both of those types with its Steel-type attacks. Metagross also benefits greatly from Max Airstream, as it is a fairly slow Pokemon without speed-boosting effects unless it is holding a Choice Scarf or using Agility on itself.

Next: Pokemon Sword & Shield: 10 Things You Didn’t Know About Applin 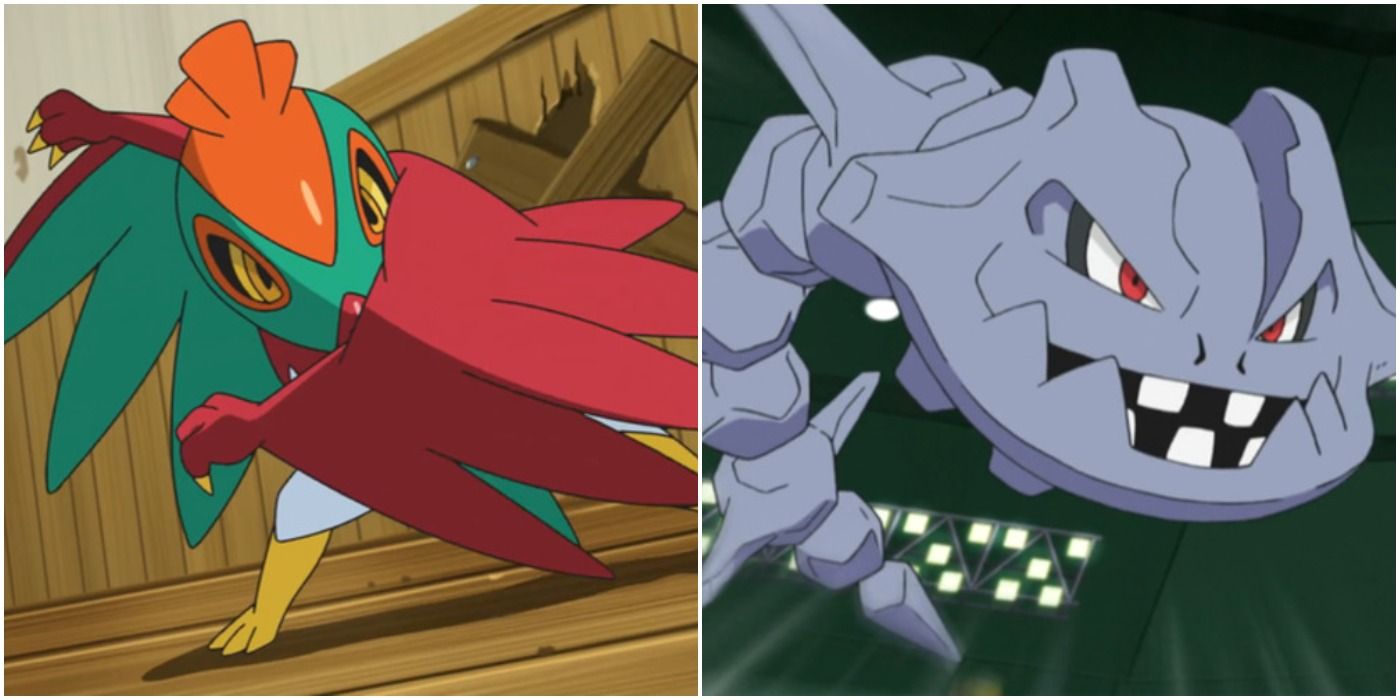