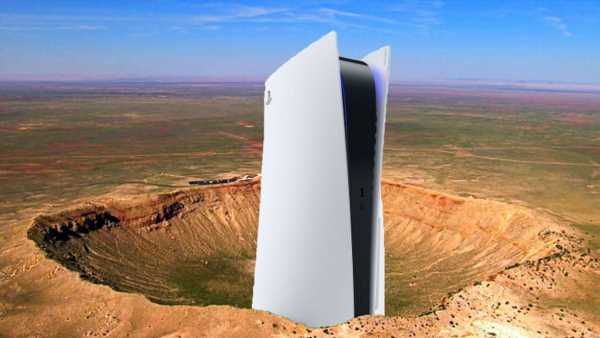 Sony Interactive Entertainment has made another acquisition. This time, the company has brought U.K. studio Firesprite into the PlayStation Studios fold. Firesprite joins Nixxies and Housemarque as Sony looks to continue growing its stable of game developers. Firesprite is best known for contributing to PlayStation’s experimental Playroom games for its camera and VR peripherals. But PlayStation Studios boss Hermen Hulst has already confirmed that the team will work on its own projects going forward.

“As Firesprite has grown and evolved, we think that this is a role that it’s now ready for, which is developing exclusive games for PlayStation Studios,” Hulst said in an interview with GamesIndustry.biz.

According to job listings, Firespite is hiring for a multiplayer shooter and an narrative-driven blockbuster adventure. And some key members of the 250-employee studio come from Sony’s Liverpool studio that was responsible for the Wipeout sci-fi racing series. So expect Firesprite to take on a similar role to Insomniac Games, which is a studio with a similar footprint in terms of size. But also expect it to work quickly to build its own voice — which is something that Hulst emphasized is important to Sony.

“The experiences that you can expect [from Firesprite] will be quite different from the teams that you are familiar with at PlayStation Studios,” said Hulst. “And I like that. I think that our audiences, our community, deserves very rich and very different experiences. At the end of the day, that’s what makes us stronger.”

At the same time, Firesprite fits into a pattern that suggests Sony is looking for something specific from its studio acquisitions.

PlayStation wants variety, but it also wants to appeal to a global audience

When Hulst talks about a desire for different experiences, he’s likely not referring to anything too experimental. After all, the company recently shuttered Japan Studios, which helped create and foster some of PlayStation’s more off-the-wall game ideas. So while Hulst explicitly points to variety as an explanation for Sony’s recent acquisitions, the publisher is looking for variety with limits.

Sony believes that developers like Housemarque and Firesprite can produce high-quality games while also maintaining a global appeal. And Firesprite could accomplish that by taking a different path than its new sister studios. Sony has a lock on a certain kind of blockbuster adventure — and while all games could be more Sony-like and cinematic, the company doesn’t need another Naughty Dog.

Instead, it is likely hoping to build the Naughty Dog or Insomniac of multiplayer games.

The obvious challenge with multiplayer projects is that Sony will have to compete with Fortnite and Call of Duty on its own platform. But the upside is that multiplayer games tend to sell better than single-player adventures. They also typically generate more lifetime value from each customer. And as budgets increase for Sony, it may sprinkle in a few of those games to potentially offset the cost of a $200 million sequel to The Last of Us.

Sony Interactive Entertainment is cashing in on its relationships in Europe

Firesprite, Housemarque, and Nixxies are all European studios. Sony is likely ending up with many of these teams simply because it has an advantage in that it has worked with them closely. Both Sony Interactive Entertainment president Jim Ryan and Hulst have pre-existing relationships with all of these studios. And that likely helps Sony beat competitors like Microsoft and Tencent to the punch.

Additionally, these teams could prove cost-efficient for Sony thanks to the high number of skilled programmers and artists in Europe.

But whatever Sony ends up doing with its new studios, the company is showing that it knows it is in a fight. And while it may not have the thick wallet of a Microsoft or Tencent, it is capitalizing on its experience of working with studios that care about making great games. And that could end up being more important in the end.