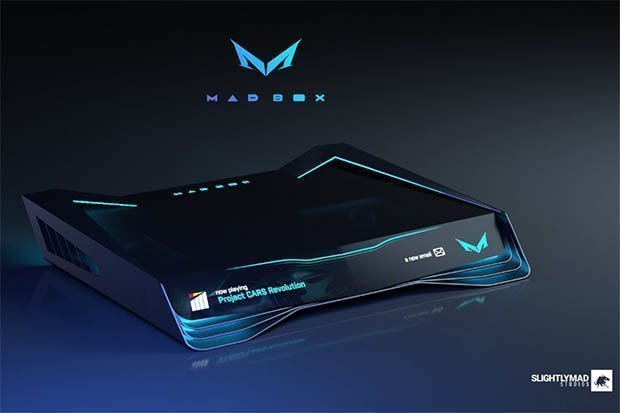 Slightly Mad Studios is developing a console to rival the likes of PlayStation, Xbox One and the Nintendo Switch.

But with Google Stadia promising a world without expensive gaming hardware, the future is looking shaky.

CEO Ian Bell was confident the upcoming console, named The Mad Box, would be “the most powerful console ever built”.

Explaining the concept, Bell said: “What is the Mad Box? It’s the most powerful console ever built.

But now, months after Slightly Mad Studios announced their plans for an ambitious console, Google announced the Stadia.

“Google, much though we love them (and have worked with them and they’re great people) haven’t done us the best of favours with their latest announcement”

The cloud computing power is equivalent to a console running at 10.7 GPU terraflops.

This is more than the PS4 Pro and Xbox One X combined – which could mean the Slightly Mad Studios console will need to go back to the drawing board.

In response to someone asking when there would be more information about the console, he replied: “Google, much though we love them (and have worked with them and they’re great people) haven’t done us the best of favours with their latest announcement in terms of us raising the 1.2 billion we need to do this properly. ‘The future of gaming isn’t in a box’.”

So it could seem like Slightly Mad Studios need to rethink the “Box” part of their “Mad Box”.

He also said on April 14: “So we called our console ‘Box’… Google announced that the future of gaming isn’t in a box. Investors have gotten a bit shy… that one quote has done our plans some serious harm. Two investors have pulled out (we are looking at about 1.2 billion here) so yes. Interesting…”

Slightly Mad Studios has also met a second hurdle – they will have to change the name.

The trademark for Mad Box was filed just after New Year, but on March 25 2019 Slightly Mad Studios had to withdraw it.

A French company called Madbox argued the similarities would cause a lot of confusion.

Bell started teasing a lot of information about the console earlier in the year.

He shared a first look at the design concept for the console and controller, and talked about the specs we can expect.

Bell said: “You want 4k, you want VR at 60FPS? You want a full engine for free to develop your games on it? You have it.

However, he later corrected this to: “We’re going 9- er eye, 180 FPS internally. My CTO has just called me and confirmed that’s what we’ll deliver.”

In March he revealed the console’s slogan would be “Commit Yourself”, and the winner of the competition gave away the $10,000 prize to charity.