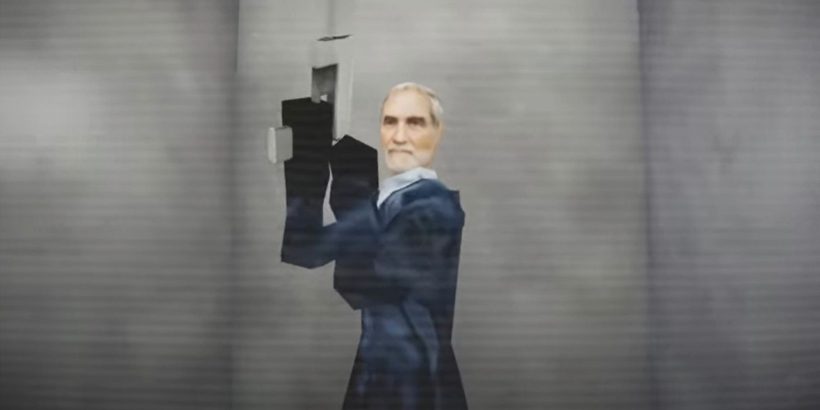 Xbox and Bethesda's joint showcase on Sunday was teeming with exciting projects coming to the former's consoles and Game Pass very soon. However, there was a somewhat glaring omission from the presentation many people were expecting to see. The heavily rumored GoldenEye HD remaster. Still no concrete details on when or even if that will ever be here, but Agent 64: Spies Never Die might well be the next best thing.

The latest trailer for Agent 64 was shown off during the PC Gaming Show (via Eurogamer) and the best news of all is a demo of the James Bond homage is available to download and play through Steam right now. “The beta demo is finally available to download. It contains a new map on an almost final build of the game,” developer Replicant D6 revealed. It recommends playing the level on every difficulty as doing so alters the map and what you will encounter.

As the name alone implies, Agent 64 is very much inspired by the iconic N64 game, GoldenEye. The polygonal shapes, weapons, and even the music sounds as close to the Bond theme as it possibly can without landing the developer in hot water with whoever owns the rights. The full game will even include an editing suite which presumably means you can make levels that look even more like the original GoldenEye stages than the ones that will be included as standard.

Replicant D6 says the demo is a good representation of what the full game will be like, but that there will naturally be a few bugs and problems that need to be ironed out. As for when the full game will drop, while an exact release date hasn't been revealed, it will be here before the end of 2022.

As for GoldenEye, evidence that an HD remaster of the Bond game is coming has become so evident at this point that it's likely a matter of when rather than if it is revealed. A list of achievements appearing online has further fueled the rumors that the game will be revealed very soon. A remaster was originally created for the Xbox 360 but had to be scrapped due to copyright issues, so probably best not to get your hopes up too high until a new GoldenEye is officially confirmed and shown off.