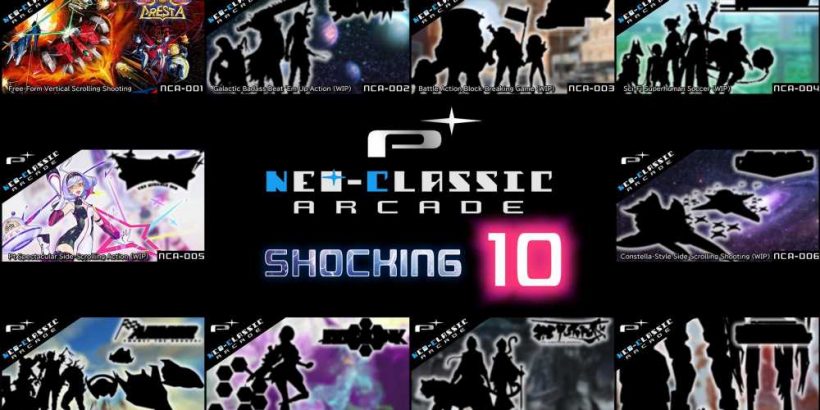 Back in December, PlatinumGames released Sol Cresta, a retro shoot 'em up sequel to Moon Cresta and Terra Cresta that nobody believed was real when it was first announced on April Fools' Day, 2020. Then a year later, PlatinumGames co-founder Hideki Kamiya confirmed that yes, it was indeed real, releasing the game's first trailer later that year.

Kamiya also said something very interesting in an interview with VGC last February. Besides coming out against Konami's push towards NFT games, Kamiya announced Platinum’s Neo Classic Arcade series, a collection of retro-inspired games that span genres from platformers to sidescrollers to arcade racing games.

We might have just received our first confirmation of what's coming in the Neo-Classic Arcade series courtesy of an April Fools' joke. Platinum games published a video where several PlatinumGames representatives–including Kamiya himself–answered questions at a fake news conference while wearing some pretty wild costumes. Kamiya drops a list of "tentative" titles for what he called the "Shocking 10" before assaulting the cameraman as he walks offstage.

As noted by VGC, the "Shocking 10" is likely a reference to the Capcom Five, a collection of five GameCube exclusive games that started with Viewtiful Joe. The whole thing is so bizarre that Platinum fans aren't quite sure whether to take the news conference at face value.

To make matters more confusing, here is the list of games that will make up the Shocking 10, which includes Sol Cresta.

In an interview last August with PlayStation Blog, Kamiya said that PlatinumGames wants "to make all kinds of fun games, not just action games." That statement was then followed up with the release of Sol Cresta, and now we might see even more classic games receive sequels many years after they were first published.